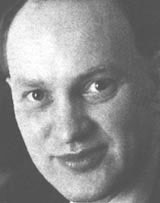 Cars, for me, are like slightly less interesting versions of washing machines. They are consumer durables, but they demand too much attention. I don’t spend hours watching washing machine programmes on the television or reading reviews of washing machines in the papers. Nobody is going to break into my house to steal my Zanussi. The fact that a new Ferrari can get to 62mph in half a second is actually even duller than washing machine facts because I am never going to buy a Ferrari, whereas I buy washing machines at roughly five-year intervals.

So I can’t get even slightly worked up about the demise of MG Rover. There are probably as many jobs at stake in the UK in Electrolux or Sony as there were in that much-reduced car company. Nor was MG Rover a bellwether of the British economy. Since lots of other car makers, from Nissan to Peugeot, do perfectly well in the UK, the problem was evidently nothing to do with the economy or the Government.

It was all to do with the company. And the company had ceased to innovate the moment it was sold by BMW. It had virtually no money to invest, it could only do increasingly desperate tarting-up exercises on old models.

But brands, of course, are not tied to a particular factory floor in a particular place. If that were the case, then the spiritual home of MG would be Abingdon, not Longbridge. Longbridge is where they used to make Austins. But Austin, like Morris, became a discredited brand name and was dropped like others before it – Wolseley, Riley, Triumph and so forth. Rover had been chosen as a stronger brand name for what had been the British Leyland group. Then Rover in turn became a tired brand, so the MG badge was brought back and applied to Rovers. To little effect.

From the consumer’s point of view, the only reason to be aware of such matters is when it saves you money. The man in my local TV shop, for instance, because he repairs TVs as well as sells them, knows when Brand X is identical to Brand Y, but merely packaged with a different name. He presents you with a simple choice: do you want to buy the premium brand, or do you want to buy the identical piece of kit (and it really is identical) for rather less money? It’s a no-brainer for me. But – such is the power of brands, we are told – most people would rather pay more for a particular name.

But this loyalty only goes so far. The brand values attached to the Rover and MG names may have been stronger than Austin at the outset, but they quickly weakened. An ageing product line will never keep its customers, whatever the name. If BMW stopped producing new models, it would quickly go the same way.

But there is one way in which car brand names do better than their equivalents in white goods. For some reason, they are evocative. People don’t go all misty-eyed about vanished breeds of vacuum cleaner, but bring up a name like Alvis or Jowett in the company of petrolheads, and you’re in for an evening of full-on automotive nostalgia.

This is why Rover and MG and all those other names will never quite die.