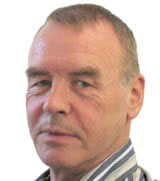 Winning a Queen’s Award for Enterprise, in the International Trade category, prompted me to wonder why UK consultancies have been so successful in exporting design. Some 80 per cent of our work is now for companies abroad.

Our particular sector, creating brand identities for broadcasters, has certainly made an impact worldwide. We have pitched many times in Europe and elsewhere and the line-up is nearly always two or three British groups plus one local consultancy. I believe a unique set of circumstances in this country has allowed us to get ahead of the game, putting us at a distinct advantage.

One of Kemistry’s recent projects was to rebrand Hungarian broadcaster Duna Televizio. A far-sighted and supportive client gave us a free hand not only to design the identity and reorganise the breaks, but to change the look of all key programming. News, current affairs, breakfast, magazine and chat shows were all restyled in line with the new positioning.

The new-look Duna was launched on 1 May 2004 amid the celebrations of Hungary’s entry into the European Union. One year on the channel has increased its audience share by 36 per cent, advertising revenue has doubled and Duna is now the number one satellite channel in Hungary.

Understanding and defining a channel’s needs has become crucial to success and this home-grown expertise has become an exportable commodity with tangible results. So where did this knowledge come from?

In 1936 the BBC launched the first public broadcast television service and created a benchmark of excellence.

In the 1950s, Dick Levin, one of the designers of the Festival of Britain, was asked to set up a design department at the BBC and, with the move to the Television Centre at the start of the next decade, the department really took off. The policy was to recruit young designers directly from art colleges, who took up the challenge and invented a graphic language for the small screen.

Britain’s art college network ensured that there were plenty of graduates eager to try their hand at this exciting new outlet for design. Although there were no specialist courses at that time, the new breed of moving image designers learned on the job and the environment at the BBC allowed them to experiment with methods of production.

Lack of commercial pressures and the wonderful BBC ‘right to fail’ policy at the time meant the creative boat could be pushed out, resulting in truly outstanding work.

This rich training ground inevitably stood designers in good stead to set up their own groups in response to the developing TV market.

These were a new type of design group, which understood the needs of television and, more importantly, recognised that TV stations were brands in their own right. Almost without exception, they were founded by former BBC staffers, who possessed skills in moving image that went beyond the scope of existing design consultancies. The natural nesting place for these new consultancies was London’s Soho, home of the film and advertising industries. The 1980s saw the whole media industry blossom in the square mile in the centre of London. If you weren’t in Soho you were in Noho. The village-like nature of the area and the exchange of information and ideas created an intensely competitive atmosphere.

The Soho effect was to have a worldwide influence on TV design. International industry awards such as the Broadcast Design Awards and the International Monitor awards were dominated by British broadcast designers. Some of these now migrated to the US to change the look of American TV, which had, up till then, notoriously low design standards.

Back home the learning curve continued to climb as consultancies deepened their knowledge and recruited the next generations to take up the challenge.

Today, 50 years since the first tentative steps were taken in broadcast design, we are in TV overload. National broadcasters, global networks, specialist niche channels and increasingly interactive offerings fight for our attention. Screens of one sort or another dominate our lives to the extent that we now carry them around with us in our pockets.

The special conditions in the UK have created design consultancies that can respond to these developing conditions. I for one am proud that this has been recognised and given an official stamp of approval.

The Queen’s Awards For Enterprise

â€¢ Open to businesses that employ at least two full-time staff, have a base in the UK and which demonstrate important commercial success

â€¢ Application forms can be downloaded from www.queensawards.org.uk