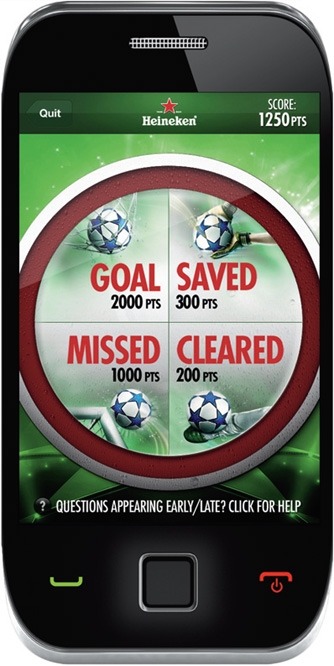 AKQA says Star Player is the world’s first ’dual-screen’ football game, with users watching the football on television while using the game on either the iPhone or Facebook platforms.

The game lets players anticipate what happens at key moments of the match, allowing them to earn points and compete against friends.

Heineken is an existing client of AKQA, and provided a standard project brief asking for a way to create an ’engagement platform’ for football fans, thereby increasing brand awareness of Heineken and its long-term support of the Uefa Champions League.