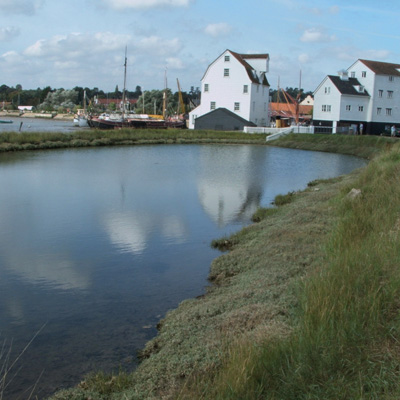 Spring has been appointed by the Woodbridge Tide Mill Trust to create a new and improved visitor centre for the Suffolk attraction.

The Woodbridge Tide Mill is believed to be one of the first tide mills in the UK, first recorded in 1170. It was last used in 1957 and opened to the public in 1975.

Woodbridge Tide Mill Trust vice-chairman Nigel Barratt says, ’We saw some fascinating ideas from all the groups who took part in the pitch.’

The project aims to describe the history of the mill, the lives of workers and the mill’s impact on the local community.

Barratt says, ’Spring seemed to understand our concerns about keeping the balance between preserving the history and future of the mill, and modernising.’

Spring’s appointment comes as one part of a wider scheme to restore the building worth £1.25m. The Heritage Lottery Fund awarded £955 800 in March to aid these plans.

An extensive refurbishment of the building and wheel mechanism will protect the building’s fabric for the future while making it accessible and educational.

Spring will be project managing a sufficient part of this budget for the design and production of ideas featured in its successful pitch.

The Woodbridge Tide Mill is due to reopen in early 2012.