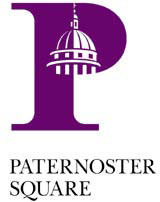 CDT Design’s identity and signage system for Paternoster Square, one of London’s most high-profile and controversial property schemes in recent years, is rolling out from this week after two years in development.

CDT’s marque – incorporating a visual of the dome of St Paul’s Cathedral, which is adjacent to the newly pedestrianised square – will be used on all signs, print and display material, including the livery of service companies responsible for the area.

Directional signage is sympathetic to the ‘sensitivity’ of the development. CDT founder Mike Dempsey says, ‘There are entry points to the square from north, south, east and west. Where it’s not obvious, we’ve put in signing that’s subtle.’ The complete system is expected to be in place by the end of the year.

CDT was appointed without a pitch by Japanese developer Mitsubishi Estate Company in conjunction with UK group Stanhope (DW 20 December 2001).

Meanwhile, Thomas Heatherwick Studio has created two ‘sculptural’ vents for the cooling system of St Paul’s Underground station. Their design is inspired by folded A4 sheets of paper and each structure is made with 63 isosceles triangles cut from 8mm stainless steel plate and welded.

Proposals to redevelop Paternoster Square have been contentious since the 1960s. The debate over the masterplan, now implemented by architect William Whitfield, was fuelled by comments by the Prince of Wales in the late 1980s.