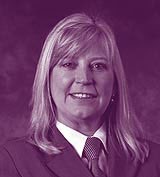 When is a brand not a brand? When it’s a signpost, according to Deborah Maxwell.

It’s her job to turn the Post Office from a mere signpost on the high street into a commercial brand with real live values.

Sounds like a tricky hill to climb and, when you start totting up the obstacles, it could be described as insurmountable. First there’s the dreadful state of the PO’s holding company, Consignia, with press speculation of 20 000-30 000 job losses. And the PO’s own losses are mounting: £100m for the first half of the financial year 2001/ 2002. Couple those headaches with an internal culture that is uncomfortable with change, a decision-by-committee management style, an audience that is static in size but ageing and things look positively dire.

But Maxwell has made considerable in-roads since becoming head of brand marketing two years ago. Previously at the Woolwich and the Automobile Association (where she was involved with the campaigns ‘With the Woolwich’ and ‘Britain’s fourth emergency service’), she was brought in to change the PO from being supply-driven to consumer-facing and she’s gone some way to achieving this.

She got Marketplace Design to design and articulate the PO’s brand values, which have been used to focus its advertising and communications over the past year.

It may be difficult to believe in this brand-sodden age, but here was an organisation with no guidelines, consensus or consistency among employees and agencies as to its personality. ‘It didn’t behave like a brand,’ Maxwell says. ‘It didn’t advertise on TV, it didn’t protect its intellectual property or trademarks. Its big selling point was its size. It was internally focused on suppliers like BT rather than on customers.’

The PO now has four different brand values for each audience, from consumer, business, employee and stakeholder. To the consumer it’s easy, personal, knowledgeable and helpful; to the employee it’s purposeful, flair, inclusive and accountable. It may sound rather dry and bland, but it’s a start.

And, according to some before and after research on brand perception, things are looking up.

At the same time, Maxwell has managed to get her budget hiked from a measly £400 000 to £15m in the first year and £21.5m for this year. That in itself deserves respect from anyone in the branding business.

Maxwell’s role was newly created at the PO. Previously, there had been a head of marketing communications, who had taken voluntary redundancy. She and her 14-strong team sit within its customer services arm. It’s their job to strengthen the brand so that it can stretch into new markets and retain customer loyalty. There are a colossal 28 million customers. ‘We call our customers hostages because they think there’s no choice, but there is,’ says Maxwell. The brand should also help focus previously disparate employees.

She admits that working within the PO’s system is no picnic at times. ‘I had a preconception that it would be process-driven, but I’m shocked at how process-driven it is. A polite term for its approach would be consultative,’ she says. Which means: ‘It’s much harder to get things done here. It makes the job of changing perception even more difficult.’ This is partly because staff turnover is so slow: it’s not unusual for employees to have been there since their teens. The atmosphere is fun and friendly and although these people might be eager for change, implementing it is another matter.

One of the first things Maxwell did was to put together a pitch for brand development. Marketplace beat off Enterprise IG, Dragon, which created Consignia’s name and identity, and the ad agencies Publicis, McCann Erikson and Joshua. She went with the Abingdon consultancy because ‘it seemed the most down to earth’ and could work on redesign of the PO’s environments. The consultancy has also reworked the logo, making it three-dimensional.

Marketplace’s values for the PO were briefed down to Publicis and Joshua, both appointed in March 2001, to come up with aboveand below-the-line campaigns respectively. The TV commercials last year featuring Richard Branson and Stelios of Easyjet were some of the fruits of this process.

It’s early days, but since the new communications went live brand perceptions have improved beyond Maxwell’s wildest dreams. ‘I have beaten my five-year goals in one go,’ she says. Findings from Millward Brown show that the consumer values of easy, personal, knowledgeable and helpful were already well received in October 2000. However, Maxwell has just revealed that consumers gave these attributes even higher scores in 2001, making the PO the UK’s most trusted brand, bar Tesco.

Maxwell admits that being trusted doesn’t in itself make you a destination of choice. She sees it more as leverage: ‘It allows us to develop new products and services with partners.’ Brand Finance calculated the value of the brand, so that it could be leveraged for royalty rights in partnership deals. To this end, TV ads for a new telecoms venture will start airing at the end of this month and a home insurance product will go live mid-March.

Come April, a new concept store will be on trial in Barking, with a ‘symbol’ retail partner, such as Spa, Londis or Budgens. The concept will be jointly branded properly, rather than a corner shop with the PO counter stuck at the back.

Maxwell is justly pleased that things are changing, but she’s aware that time, and to some extent the internal culture, is against her. ‘People don’t understand that if they don’t invest in the brand, it will collapse.’

1976-80 at University of Stirling and New York, BA in English Studies.