Update 13 March 2019: The Christian Dior: Designer of Dreams exhibition at the Victoria and Albert Museum has been extended until 1 September 2019, due to “unparalleled demand”, according to the museum.

The UK’s largest ever exhibition of Christian Dior’s work and legacy of the House of Dior is set to open at the Victoria and Albert Museum.

Christian Dior: Designer of Dreams, traces the creations of the French fashion designer from 1947 onwards, when he launched his first collection, and those of the subsequent artistic directors that carried on the work of the fashion house after Dior’s death.

Around 500 items are going on display, many of which are originals, including around 200 haute couture (high fashion) garments, as well as accessories, photographs, magazines, illustrations and more.

Tristram Hunt, director of the V&A, says: “This ambitious and spectacular exhibition celebrates the history and impact of one of the 20th century’s most influential cotourists. It’s the largest and most comprehensive exhibition ever staged in the UK on the House of Dior.”

It follows a previous show held at the Musée des Arts Décoratifs in Paris last year, which had the same title translated to French and was curated by Florence Muller and Olivier Gabet.

Oriole Cullen, curator of the new V&A exhibition, says the Paris show informed some of the themes, but these have been “re-imagined” for the V&A, with “about 60% of new content” as well as a new section exploring Dior’s connections with Britain.

The show is split into 11 different sections exploring the designer’s story, influences and legacy, with rooms including Dior in Britain, Ateliers, The Garden, Diorama and The Ballroom, among others.

There are also sections looking at Dior’s life and his own tenure at the fashion house, at how travel and history influenced the designer and at what each of the artistic directors who succeeded him, including Marc Bohan, Yves Saint Laurent and Maria Grazia Chiuri, brought to the brand. Haute couture is at the heart of the show.

The exhibition has been designed by Agence NC. Nathalie Crinière, founder and creative director at the design studio, says the main aim of the show’s design is to “give life” to the dresses, which she says were created to be worn rather than displayed in a museum.

“Each section [of the exhibition] has its own personality… Every [room] gives a new impression and a new way to see [the dresses],” she says.

Highlights include a dress worn by Princess Margaret on her 21st birthday, which is on loan from the Museum of London and exhibited alongside a photograph of the princess in the dress taken by Cecil Beaton.

As well as the Princess’ dress which takes pride of place in the centre of the Dior in Britain room, the section also explores some of the designer’s work for British clients and highlights some of his early fashion shows in the UK including his first show at the Savoy hotel. It also looks at the establishment of the Dior London business.

The V&A describes the designer as a “confirmed Anglophile” who was “charmed by the country”.

Another highlight, which appears in a section called New Look, is a 1947 Bar Suit, complete with a sculpted, silk jacket with goes in at the waist and back out again. The outfit “caused a sensation and revolutionised the female silhouette”, according to the V&A.

The Diorama room contains a display case filled with replicas of numerous Dior dresses in miniature form arranged by colour, showcasing the craftsmanship of the artists in the ateliers (workshops) who made them.

Highlights here include a miniature version of a 1966 Dior by Marc Bohan dress, which is also on display in full size at the exhibition. Another tiny dress comes with an even smaller pair of gloves attached.

The Ateliers room, which is described by the V&A as a “cabinet of curiosity”, is an all-white space filled with cases of test garments that show how the clothes are physically put together.

The room features a mirrored ceiling so it is not evident where the room ends.

Mirrors are used significantly throughout the exhibition, on the ceilings and walls, or inside display cabinets, reflecting the garments within. “With a mirror you can give the impression of big space,” Crinière says.

Another highlight is The Garden room which is filled with nature-inspired garments and designed with a canopy of paper flowers hanging from the ceiling, lit up with moving, colourful lights. The flowers were created by a Spanish design studio called Wanda Barcelona.

Crinière says the aim of this room is to portray Dior’s love of flowers and nature and aims to make the visitor feel as though they are in a real garden. The lighting has been designed to give the paper flowers “life” similar to “when the sun comes into a garden”.

The exhibition also features a “spectacular” ballroom design for the final room, which is filled with a selection of glamorous Dior eveningwear.

The room is complete with a ceiling projection which changes from daylight, to a sparkly night sky, with an image of a classical painting in between — the ambience in the room changes with it.

“You can look at a dress and it transforms every time,” she says. “You can look at something, look away, look back again and think ‘I did not see this detail’. It is because the light points at different places”.

Other design features that appear in parts of the exhibition include sketches of clothes on the walls, video clips of fashion shows projected on walls or embedded into podiums and large black and white photographs of the artistic directors of the House of Dior used as backdrops for their work.

In some sections, clothes are placed on podiums with columns around them, while in others they are in boxes surrounded by bars of light. The colour palette includes a lot of black and white.
Crinière, whose studio also designed the Dior exhibition in Paris, says there are both similarities and differences between the two. 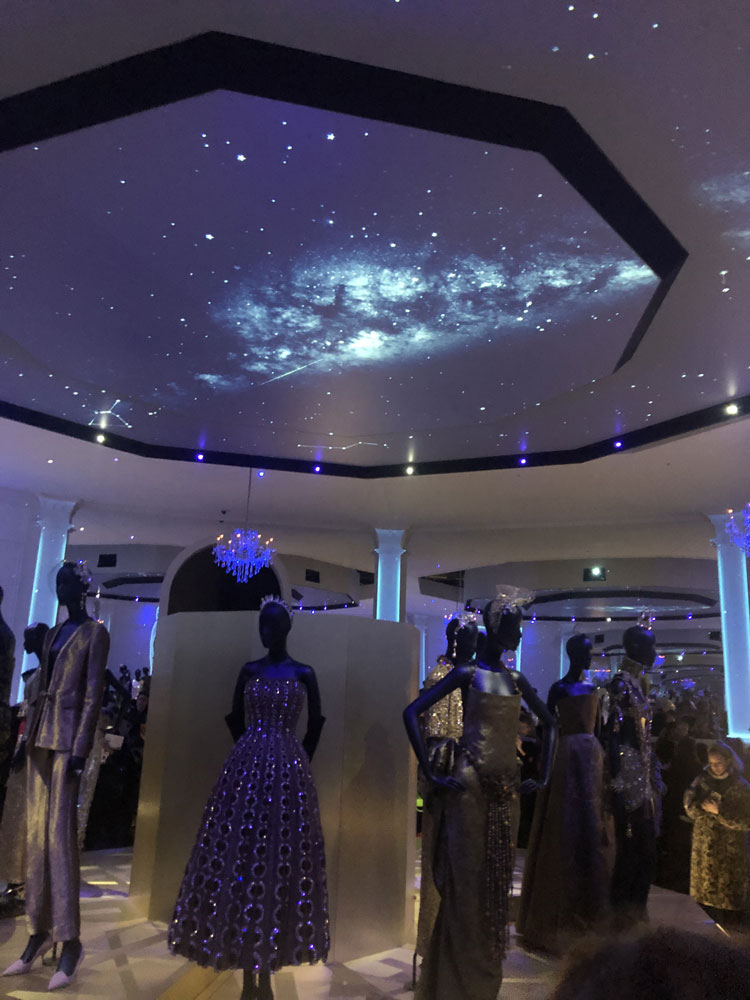 “The way that Oriole [Cullen] has arranged [the exhibits] is different and the space is very different,” she says. “We were in a classical space in Paris and here we are in a contemporary space.”

Overall, Crinière hopes the design of the V&A exhibition will evoke “emotion” in those who see it.

Cullen says she hopes visitors will take away “a deeper understanding” of the man behind the fashion house and its impact on fashion history, as well as seeing how the label’s style has evolved over time, changing with its artistic directors.

She also wants visitors to “enjoy the opportunity of observing exquisitely worked handmade garments and to understand the extraordinary creativity, craft and skill that go into the creation of an haute couture garment.”

The show is supported by Swarovski – this has significance as Dior and Swarovski worked together in the past. In 1956, Swarovksi created a crystal “with rainbow-like effects” called Aurora Borealis working alongside Dior, with the fashion house continuing to use Swarovski crystals ever since to add sparkle to its clothes.

The show follows a series of major fashions exhibitions at the V&A, including Alexander McQueen: Savage Beauty, in 2015. 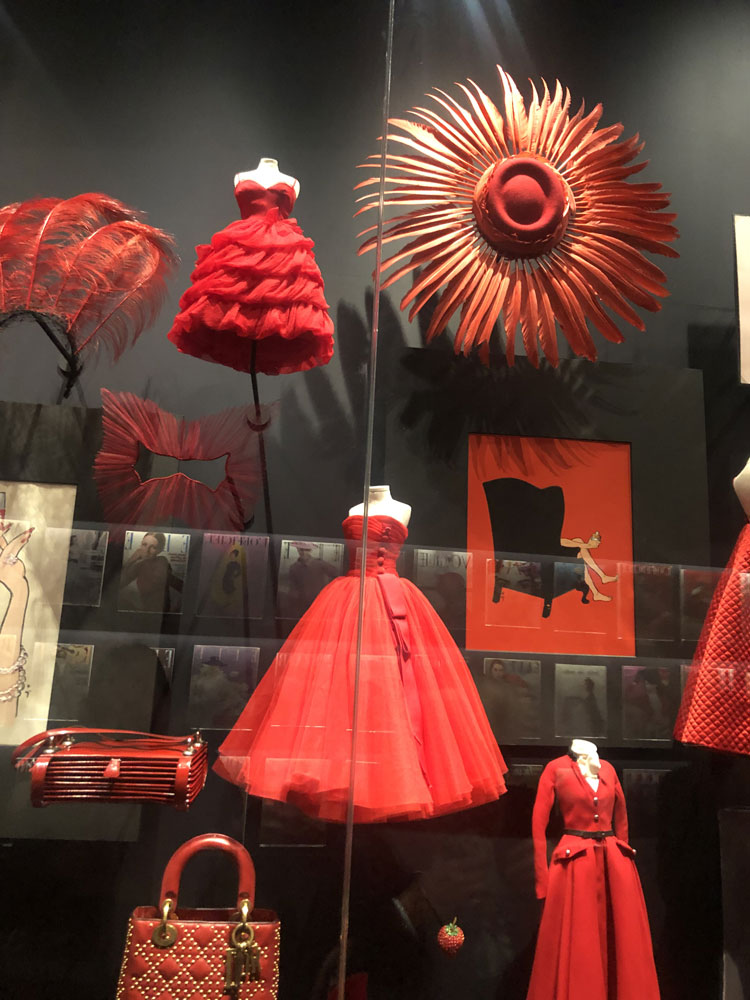 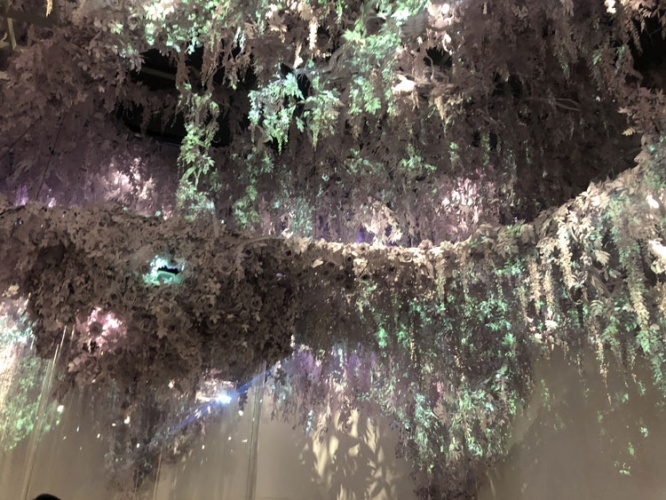 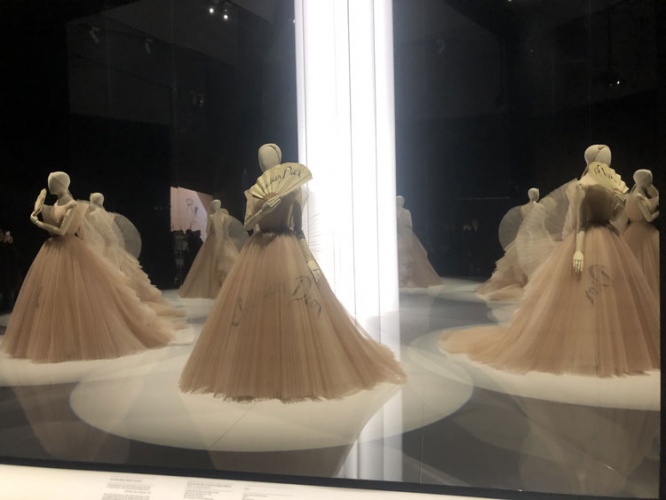