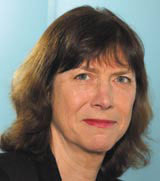 One of the biggest shifts for design this century has been the opening up of the public sector as a source of work for design consultancies.

Though still the province of the procurement officer, with consultancies often treated like suppliers, the Civil Service has got a better grip on the effective use of design, thanks in part to the huge efforts of the Design Council in the late 1990s to draw Government purchasers into the fold. Fortunately, this work continues.

Now, with the spate of reconstituted departments brought about by Labour and a host of quasi-Governmental organisations such as the Sector Skills Councils, work is in abundance at a time when other markets for design are faltering. And while the roster is still the preferred route to selecting a design consultancy in this risk-averse environment, there are more of them (see News Analysis, page 9).

The Central Office of Information has lost its monopoly over contracts for communications projects, with more state departments buying their own design. But COI Communications still holds considerable sway and its new-look roster shows a will to operate in a way that responds to the needs of all parties (DW 21 April).

Meanwhile, bodies such as the Department of Culture, Media and Sport and UK Trade and Investment have gone solo in compiling their rosters in the belief that direct relationships are key to getting the best results. Welcome thinking if design is ever to become more than a supplier.

Nor is Government work necessarily dreary stuff. Think of the traditions established by the wartime Government, with poster campaigns by the likes of the great Abram Games encouraging the nation to dig for Britain or watch who they were talking to. Think more recently of CDT Design’s DCMS identity and Johnson Banks’ contentious European Union presidency marque.

Public sector dealings still have a downside, as those on the design side attest. But the work is there and quality is high on the agenda, so it is worth a shot. Things are changing for the better.