The City of London has unveiled details of the structure that will replace the capital’s traditional police boxes.

Police boxes have been a staple part of London’s urban architecture since the 1930s. At their most popular, there were some 685 on the streets of Greater London. Earlier this year, however, the City of London launched a competition to find a “modern, multifunctional” replacement for the boxes. 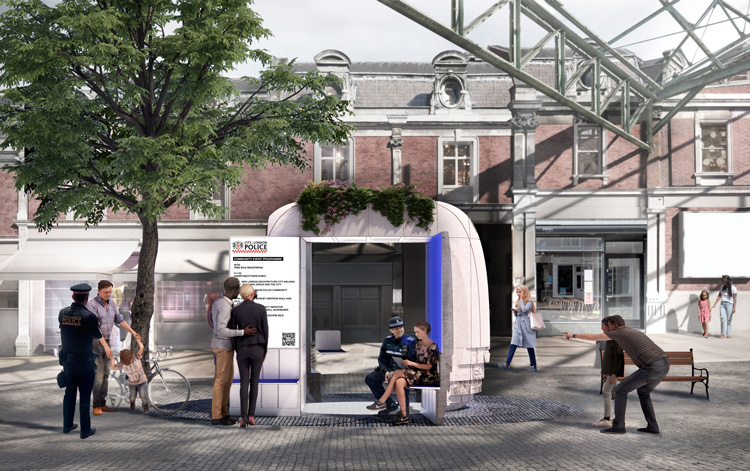 Given that technological advancements and cultural changes have rendered the boxes largely obsolete, organisers of the competition wanted to find a design solution which could bring the police boxes into the 21st century.

The winning design, which will now be rolled out across the Square Mile, comes from architecture and design studio Unknown Works. Called The London Stones, the stone-clad hubs will act as “digital service points” for Londoners and tourists, the City of London says.

Each hub will feature digital information screens, “essential” communication technology and space for the storage of life-saving emergency equipment. 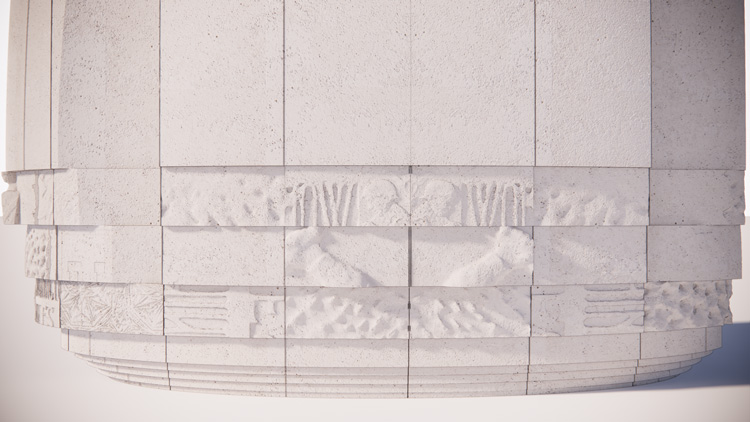 “Our starting point was the London Stone”

Unknown Works’ winning design will also seek to celebrate the aesthetic and cultural heritage of the surrounding city.

Details from “buildings, stories and images of the past, present and future” will be collected and digitally carved into the stone exterior of each hub. The City of London says this will provide “an active and engaging addition to the public realm”.

“Our starting point was the London Stone [a limestone block landmark located on Canon Street], a humble fragment of the City’s past that’s been watching the City grow for thousands of years,” says Unknown Works director and co-founder Theo Games Petrohilos. “It’s mottled skin hums with myth and wonder – something we hope to echo in The London Stones.”

Additionally, the stone exterior will be home to a number of different lichen colonies. Known for their slow growth, the algae-like growth will evolve the hubs’ colour and appearance over time. 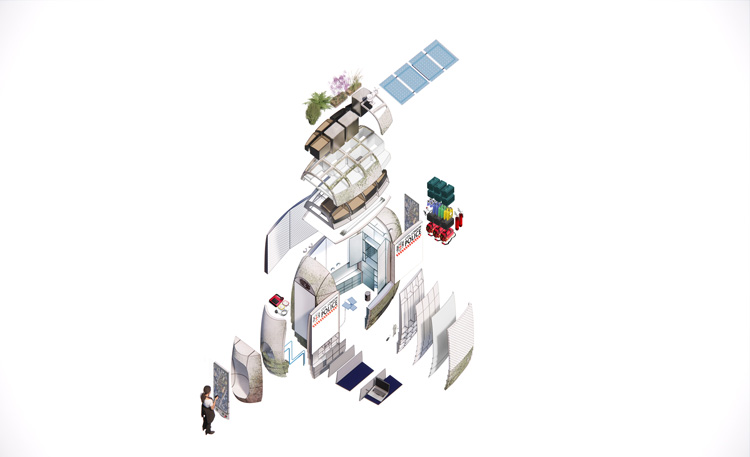 The City also points out that the London Stones design solution is in line with the City Corporation’s “ambitious” Climate Action Strategy, because of its use of sustainable construction materials – stone and recycled steel – natural lighting, passive ventilation and solar panels.

These environmental benefits will be coupled with tools for “real scientific research”, embedded in the hubs.

The aim is for the hubs to be able to perform things like pollution monitoring, while also being a site on which planting projects can occur to encourage and support the city’s biodiversity.

What do you think of the London Stones? Let us know in the comments below… 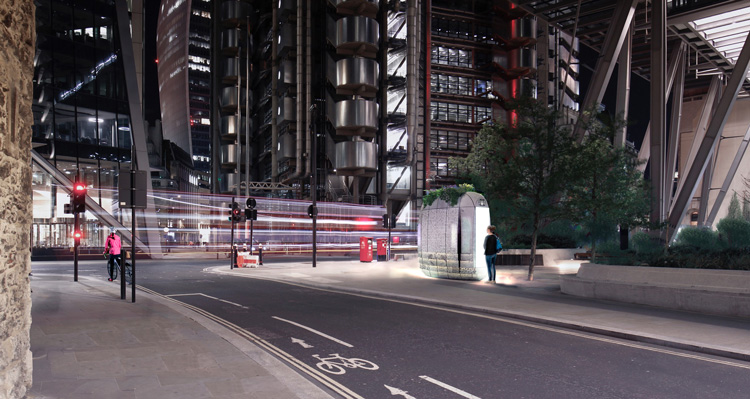