“I’m happy to collaborate with other designers because this is bigger than us,” says Lucy Hughes.

Hughes is the designer behind MarinaTex, a bioplastic film made using by-products of the fishing industry, namely fish skins and scales. Over the last two years, MarinaTex has won a slew of design awards, including the UK national and International Dyson Awards, a D&AD Wooden Pencil and a nomination for Beazley Design of the Year.

The route between a good idea and the supermarket shelf is a long one, Hughes says. Right now, she is seeking more funding and teaming up with like-minded designers. One secret upcoming project she hints at will see her work with another bioplastic maker. “We all have the aim of creating plastic replacements with materials made from nature’s polymers, but if we’re stuck in our own labs it’s just not going to happen fast enough,” she says. 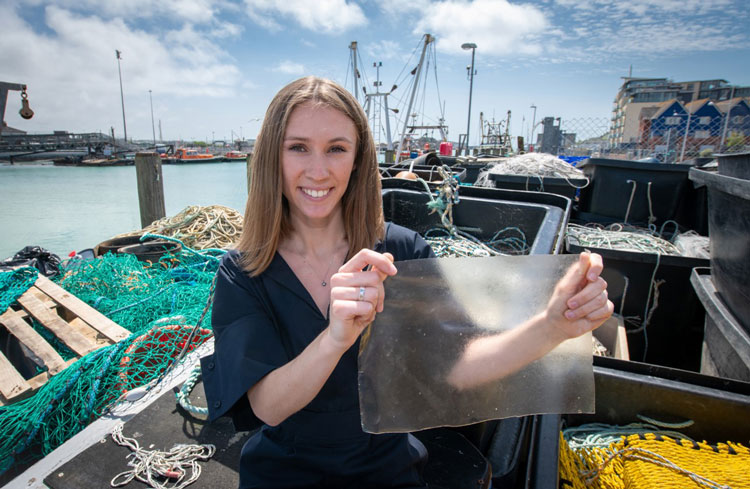 “It seems to be something that really resonates with people”

Hughes’ ultimate aim is for MarinaTex to one day replace single-use plastic, for things like food wrappers and plastic bags. While cheap and incredibly versatile, single-use plastic is responsible for 190 million tons of plastic waste each year and often ends up in oceans, on beaches and even being ingested by animals.

The material itself comes from humble beginnings. Hughes cooked up MarinaTex on the hob in her student flat’s kitchen using waste from MCB Seafoods, a fish processing plant and wholesaler in Newhaven, East Sussex. She taught herself the chemistry needed to create the material, she says, and the initial development process consisted of more than 100 prototypes.

“It’s been a massive whirlwind, but it seems to be something that really resonates with people,” says Hughes. She says she’s not completely sure why MarinaTex has spoken so directly to people, but guesses it is because of the double benefit of reducing plastic and tackling a waste stream. “I think it comes from a place of wanting to protect our oceans and planet,” she adds. 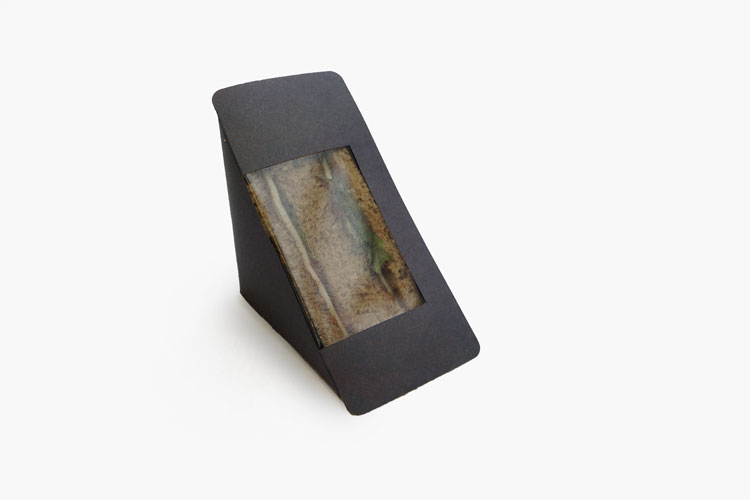 Despite the list of accolades, Hughes says MarinaTex is still in its relative infancy. Since graduating she has been able to move operations for the material out of her kitchen and into a lab, but the road ahead is a long one.

Not least, this is because of the tests MarinaTex has to go through to prove it does what Hughes says it does. Things like its strength, durability and whether it really biodegrades all need proof – and proof is expensive, Hughes says. “Just one R&D package testing the barriers of the film can cost £20,000,” she says. “So if you think about the money I won from the Dyson Award [£30,000], that’s two thirds gone on one test.”

It’s a tough tightrope to walk, Hughes says. Funding at the moment comes from applications to various projects and grants, but in the future, she says there’s the option to raise equity funding. “I need to be clever though, because if I start raising equity funding too early I could lose control of the company before it even gets to scale,” she says.

Applying to different projects and funding opportunities is itself a challenge too, Hughes explains. “You have to give so much love to each application you make, and be prepared to not always get a lot of love back,” she says. 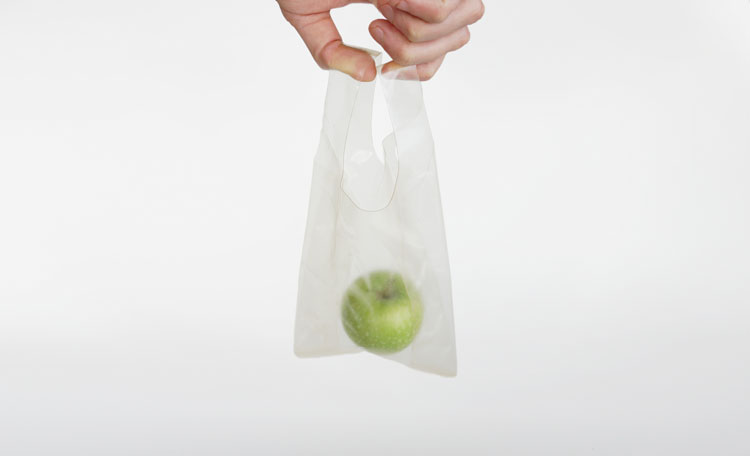 Beyond the considerable price tag of testing, there’s the issue of a business model. As Hughes explains, the makers of new biomaterials like MarinaTex have to decide whether to become manufacturers of either the material or the machines that make it.

Either choice has its ramifications for supply chains. “We either need to be able to fit into existing machinery, or be able to switch over the machinery and that depends on how agile supply chains are,” she says.

Hughes says that originally, she thought bigger brands would be the optimal targets for this because they have more money to play with. But upon further research, these companies are often much more invested in their supply set up, and so aren’t able to pivot to a bioplastic as easily.

“It’s a chicken and egg situation right now and I have to follow the funding wherever it is,” she says. “But I have a few exciting projects coming up on the horizon.” 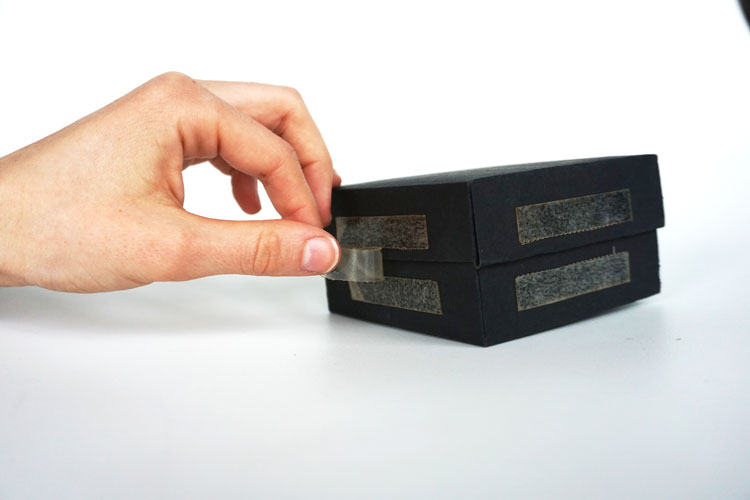