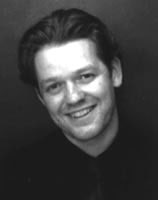 Homebase has downgraded its design function, including axing its head of design position, as the company prepares itself for flotation later this year.

Colum Lowe, the former head of design who joined the company in December 1999, is on gardening leave until he officially exits his position on 30 April. Lowe, who was responsible for store design and managing the four-strong in-house design team, refuses to comment.

Homebase has merged the responsibilities for store design and printed matter, previously shared by two people, into the newly-created position of in-store communications manager.

Responsibility for design strategy has been taken from the design team and now comes under head of brand marketing Andrea Preducove, according to a Homebase spokeswoman.

The design overhaul is part of a wider restructuring of Homebase that began last year and includes the merging of the business development and finance directorial roles into the position of commercial director.

Preducove denies that Lowe has been made redundant and says the company is looking to place him in another position. However, she concedes that there is no role for him within the design department.

‘We have restructured the design team in terms of looking at its responsibilities and [how they] overlap into the brand marketing team. Lowe’s role as head of design is no longer required. His role has been made redundant, he has not. He has not left voluntarily. We are consulting about other opportunities for Lowe across the business,’ says Preducove.

The company is preparing for a £900m flotation, though it is thought unlikely that it will press ahead with the plan before the autumn.