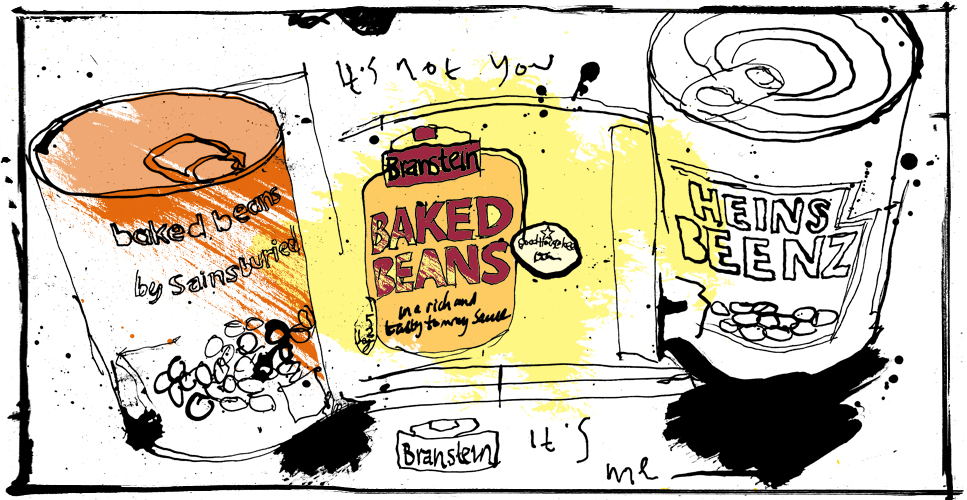 I’ve only had one very fleeting moment in my relationship that you could class as bickering. It happened in a south east London Sainsbury’s when my girlfriend insisted on buying Heinz beans over the 39p own-brand option. In the end, after some robust body language and exasperated sighs, we compromised at Branston.

I routinely balk at spending more than £1 on toothpaste or find myself blindsided by a £5 London beer, then, in the same hour, happily sanction the release of £350 from my savings account in return for a 3D print of my head.

My perception of finance vastly differs between everyday living goods and investing in my creative work.

The need for ongoing investment

In 2006, after university, I was fortunate enough to partake in a mentorship scheme which meant that following six weeks of writing business plans and attending very useful mentorship sessions, I was awarded enough money to buy the bare essentials required to start trading as what was then Ben and Ink Illustration.

I had just spent six months in post-graduation limbo, since I could not afford a Macbook and scanner. The need for ongoing investment in a creative practice was made abundantly clear.

Right now, I’m redesigning my entire illustration portfolio website to better represent the wider range of work I am now doing in the arts. To do so with full control and flexibility means paying a graphic designer and a web developer, neither of which are cheap. It kills me to part with such significant sums, leaving me at financial risk in a city so expensive as London, but without the outlay, I’d have far blunter weapons in my freelance arsenal.

The gamble – and the rewards

Long-term investment is essential for growth. The reason you’re reading this very column is thanks to the rewards of my gamble in using the savings intended to be London living costs when I arrived in the capital last year, to force a book publishing deal over the line. (They make you pay for your own copies of the book).

It’s a terrible feeling, the wildly conflicting adrenaline surges of confidence in your decision and panic that you’ve messed up drastically, from one moment to the next. It can take time to see the results, leaving you wondering for months, even years, but with hindsight the majority of my outlays have proved to be essential seeds planted.

Of course, it doesn’t always work. Just ask the owners of the Manchester nightclub who witnessed me carry the £40 worth of paints and banners into their venue and perform a live art session with an electronic musician friend to a grand total of zero audience members. But if you want to make an omelette, you have to have to break some eggs… 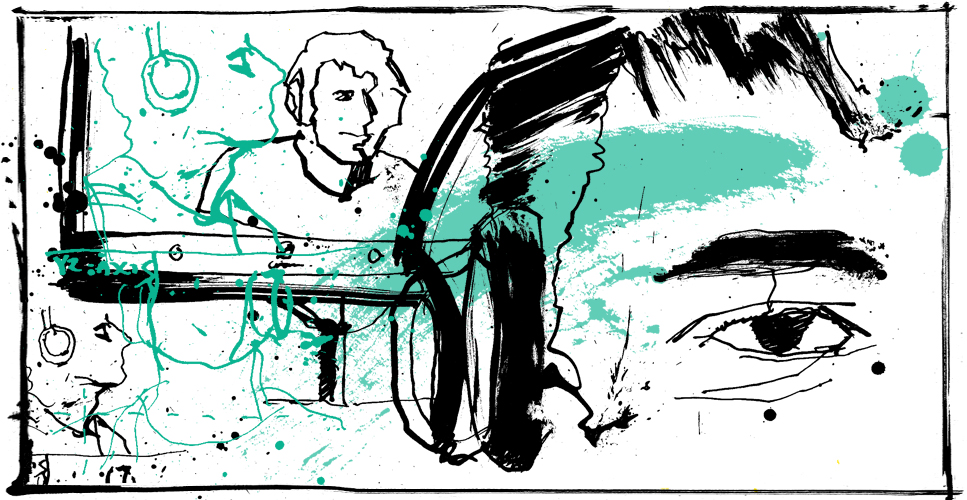 I work with a Manchester hard rock two-piece, The Hyena Kill and they’ve always impressed me in the way they’ve embraced the value of investing in art-direction, video production, PR and merchandise with money earned through part-time work. I’ve seen them develop from local hopefuls to a professional outfit selling out major venues and touring with established international bands in the lead up to a very strong, well produced debut album.

The percentage of other musically talented who outfits scoff at the idea of parting with the cost of a couple of nights out to step up to the next level is well in the majority and it always shows in due course as they fall away, one by one.

Since seeing a 3D printer making unbelievable magic for the first time in a friend’s studio, I’d been compelled to engineer the opportunity to work with the fascinating technology. One year on, I’d committed to properly branding and creating striking promotional material for my arts podcast show, Arrest All Mimics and the fact that the focus is on my guests, not me, afforded me the opportunity to challenge my art-direction skills by taking a bold creative risk in the visual identity, stepping away from the Ben Tallon style of illustration.

£350 later and I’m sat there with a hand-held scanner buzzing around my ears, watching my face appear on the monitor like something from a Radiohead video. Every time I see that transaction on my bank statement, my heart rate goes off the chart and I chastise myself for once again throwing money at something with no guaranteed return.

But despite my own belief in the show, for others to emotionally invest enough to sponsor, share or subscribe to the content, it must look great, sound fantastic and offer tangible professional benefits in the face of stiff and better-established competition. To provide those essentials, there is no escaping the inescapable need for small and larger scale investment. Whether it is a train ticket to meet an intriguing guest outside of London, a stereo microphone to record the conversation with high-quality audio or a tiny resin version of the host to make the show look sexy, all of these key factors require that old unmentionable… the release of hard-earned money.

Lynx looks to “own black” with rebrand