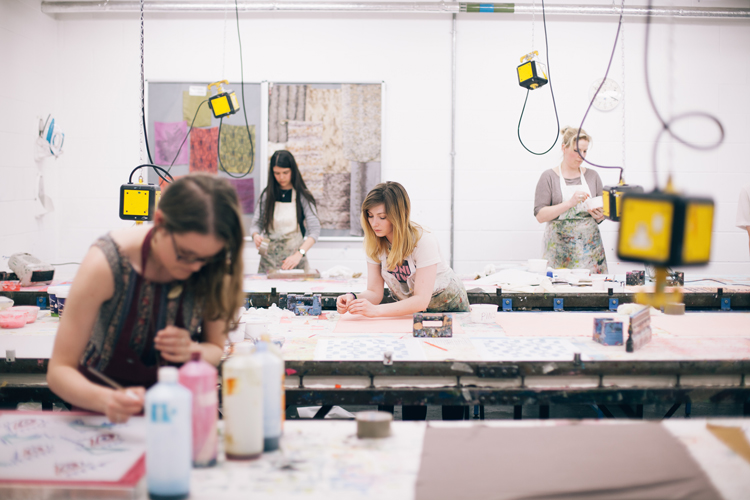 Leeds Arts University is the best place to study design and crafts in 2019, according to The Guardian’s latest league tables.

Every year, the national newspaper publishes a university guide, which ranks universities overall and across 54 subject areas based on several factors.

The Guardian University League Tables focuses on data surrounding students, such as satisfaction with course content, teaching and feedback, as well as student to staff ratio, spend per student and the percentage of first year students who carry on into second year rather than drop out.

It also looks at the average Universities and Colleges Admissions Service (UCAS) scores of students on entry to university, what they are doing six months after graduation, and also compares their degree results to their entry qualifications.

Leeds Arts University topped the charts in student satisfaction, despite falling behind other leading universities on spend per student, and career prospects six months after graduating.

It was previously known as Leeds College of Art, and was officially recognised as a university only last year.

While colleges sometimes offer undergraduate degrees, they tend to offer a wider mix of non-degree courses than universities, such as further education courses, apprenticeships and diplomas. They also tend to be smaller in size than universities, with less of a focus on academia, according to Which? university guide.

Leeds Arts says it is now “the only specialist arts university in the North of England”, and offers a range of undergraduate degrees in subjects including animation, illustration, graphic design, textile design and visual communication.

It also offers masters degrees, and further education courses such as foundation diplomas in art and design, which act as precursors or alternatives to an undergraduate degree.

It was founded as Leeds School of Art in 1846 when the Leeds Mechanics’ Institute and the Literary Institute merged together. It changed its name to Leeds College of Art in the 1920s, and went on to grow its course offering to include furniture, graphic design, printmaking and more. Former students include sculptors Henry Moore and Barbara Hepworth, contemporary artist Damien Hirst and fashion designer Omar Kashoura.

To see the top 75 universities to study design and crafts according to the Guardian University League Tables 2019, head here.