A new brain stimulation device intended to combat depression has been picked up by medical practices on London’s Harley Street. The first of its kind in Europe, the Flow headset supposedly produces similar results to traditional antidepressant medications, but with “fewer and less severe side effects”.

It works by targeting patients’ dorsolateral prefrontal cortex – the area of the brain that deals with depression, stress, emotional expression and decision-making – with transcranial direct current stimulation (tDCS) via electrodes placed on the forehead.

The headset was designed by Swedish medical design company Flow Neuroscience. Co-founded by Daniel Mansson and Erik Rehn, the company was launched as a way of combining their backgrounds in clinical psychology, computing, computational neuroscience and electrical engineering. 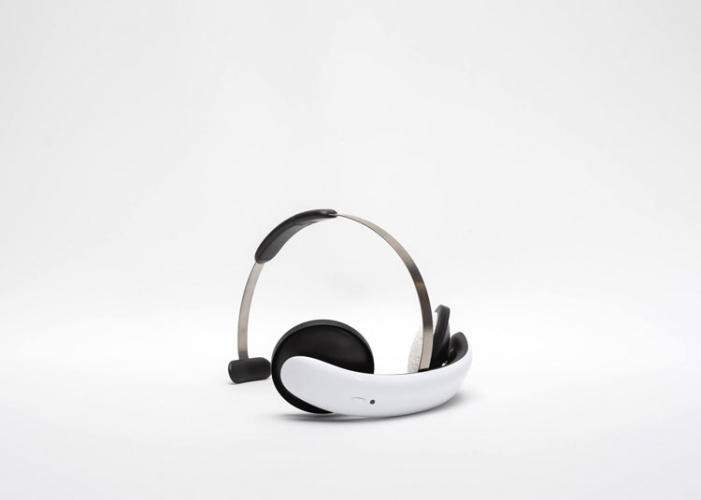 According to Flow’s research, people suffering with depression often have lower neural activity in this region. The use of tDCS aims to rebalance this, and the inventors claim 24% of patients are cured just from this exercise alone.

Users’ undertake the treatment for 30 minutes, 18 times over the course of six weeks. After six weeks, the inventors claim: “the activity in your frontal lobe is rebalanced and your depressive symptoms will have decreased.”

It is recommended users also use the Flow Therapy app, which provides them with a “virtual therapist”. It encourages patients to engage in simple healthy behaviours, like exercise, meditation and getting enough sleep. 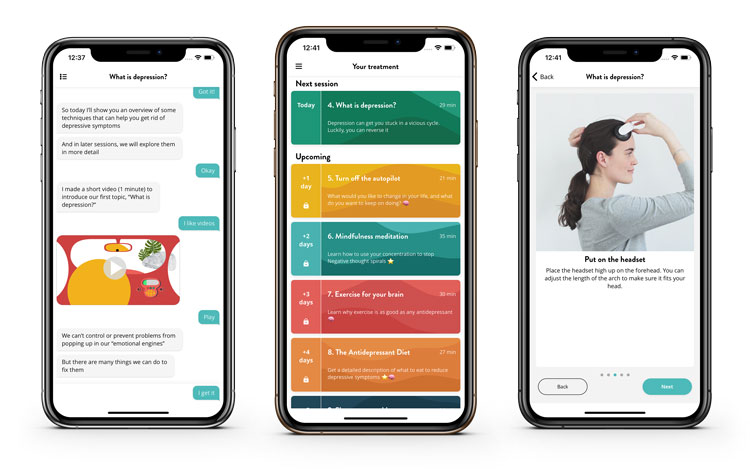 Though promising fewer and less severe side effects than traditional medicine, it is worth noting the Flow headset is not completely free from side effects. The creators say common side effects to the treatment include skin redness and irritation, while sufferers of tinnitus can experience intensified symptoms in rarer cases.

According to the Flow website: “Some people don’t feel anything underneath the electrodes or have a comfortable experience. Some people feel an itchy, slightly tingling sensation, stinging or a mild burning sensation on the forehead.” The team also add that no treatment should be undertaken before speaking with a doctor.

According to the NHS’s statistics, one in three sick notes signed by its GPs relate to mental health issues, while a government paper notes £105.2 billion is lost each year in England due to the conditions.

CEO Mansson says Flow are beginning talks with the NHS about making the headset available on prescription. Currently, those wishing to try out the treatment either have to buy the device for £399 or access it through private healthcare facilities.

Everything you need to know (for now) about the Designers’ Republic