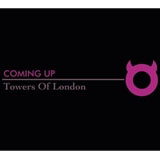 Flextech Television-owned men’s channel Bravo launches a revamped on- and off-air identity, along with a new channel Bravo 2 tomorrow.

The lead designer on the project was Flextech Television deputy creative manager of design Lee Walker, who worked with Artillery Design and Spin on brand development and US Creative Agency on tone of voice and language

The revamp comes off the back of research by Flextech that showed the channel, which targets 16- to 34-year-old men with a mix of comedy, drama, sport and adult programmes, was failing to connect with its target audience.

Flextech Television director of creative and marketing Kerry Taylor says watching Bravo was seen as ‘a guilty pleasure’. ‘The channel wasn’t giving men credibility and research showed viewers wanted it to be more aspirational,’ she says. The repositioning plays on the brand’s 21-year heritage, she adds. It features an new version of the original logo, a new strapline – ‘Entertaining men since 1985’ – and uses black as a core colour and Futura and Cochin fonts.

‘The look reflects our heritage and aims to give a classic, timeless quality,’ says Taylor. ‘We don’t want to look retro. The aesthetic references brands like Oswald Boateng and Dunhill; it’s all about men as gentlemen. We are not excluding women, but want to be clear about the fact that the channel is for men.’

Along with the identity, the channel’s tone of voice and programming has dramatically changed, says Taylor. ‘We’ve moved away from a laddish style and are using a more mature voiceover, as well as lounge- and swing-style music. The overall feel is a bit like a gentleman’s club.’

Bravo 2 meanwhile is ‘unapologetically younger’ and its ‘brash red’ logo reflects ‘the Nuts and Zoo aspect of the brand’, according to Taylor. Both channels target the same age group, but offer alternatives to meet the audience’s ‘different states of mind and moods’, Taylor says.

An advertising campaign, the channel’s first in five years and designed by The Gallery, launched this week in outdoor, press and on-line media.