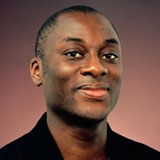 As arts and design organisations rethink the Web, Sarah Balmond explores how they can exploit limitless on-line space to curate and create

When I want to take in a lecture, movie, art gallery or music event and I am planning my night out, I usually click on a venue’s website, just to pin down some of the basics, such as what’s on, where and when.

All this is set to change however, as a new generation of websites emerge which position the on-line digital space as a must-see destination in its own right, a site which complements the venue yet also offers facilities – think blogging, downloading and digital art – that go far beyond the typical limitations of its sister bricks-and-mortar venue.

The Design Council is set to relaunch its website with a fresh design by Framfab in December. The D&AD has also pledged to become fully digital under Simon Waterfall, creative director of Poke and future D&AD president (DW 21 September) and the ICA, under the leadership of artistic director Ekow Eshun, has relaunched its website, www.ica.org with an overhauled design and brand identity created by Spin (DW 14 September). Key events are now highlighted in bright colours. Molecular bubbles of the Spin-designed identity fizz up across the homepage, changing colour accordingly.

This slicker, more urban look is perhaps not all that surprising given the ICA’s reputation for nurturing a street-culture creative, but what is of interest is the range of additional digital facilities now bolted on to the site, a complex technological backdrop supporting the ICA’s sleek new skin. This includes a committed area to host digital art, a debate forum, guest blogs, podcasts, film trailers and a zone in which to store archived material. And this is just the beginning, according to Eshun, who is on a mission to create a ‘virtual’ ICA.

To help oversee this fledgling interactive ICA world, Eshun has appointed its first Web manager, Danny Birchall, who will oversee the digital activities set to flourish across the website. Birchall talks of creating a ‘big virtual window into the ICA’ and wants the site to become a ‘creative playground and laboratory’. Given that the ICA is approaching its 60th anniversary next year, the onus on integrating new technologies is apt.

Over the next couple of years, Eshun wants to develop the ICA site as an educational resource, storing archived material on it and digitising highlights from past events so that the domain can be used to track contemporary British culture after World War II.

‘It is just the early days of the site and a lot of things are still to come,’ he says. ‘In general, we want to move away from the usual type of information-only website and deliver something fresh, alive and engaging. Inside a building there is only so much you can do – the real joy is that in an on-line domain, there are infinite possibilities. We want to share some of the depth and complexity of the ICA, where the cultural and creative forms merge art with ideas and music, to create a rich and dynamic site.’

Regarding his other plans for 2007, Eshun is tight-lipped, stating, ‘We will be moving the ICA forward and the horizons are very open at this stage.’

Like the ICA, the British Film Institute has also relaunched its on-line domain this month, www.bfi.org.uk. A fresh design has been created by The Guild in conjunction with BFI’s in-house design team, led by Catheryne Littlejohns. In a bid to reach a wider audience, BFI has placed 230 000 fiction and non-fiction films and 675 000 television programmes in a new archive section on the website, which can be downloaded by broadband users. The site’s overall look is in keeping with the new BFI brand identity created by Johnson Banks (see News). This follows an initial brand strategy review undertaken by Wolff Olins (DW 20 June 2002). The move to relaunch the brand identity and site comes ahead of the BFI’s long-anticipated relocation to London’s South Bank.

‘The website started off as a way to generate publicity for an organisation, but we want ours to be so much more than this. With the digitisation of film, the Web gives us massive potential to reach more people,’ says a spokesman at BFI.

Digital consultancy De-Construct has redesigned many websites for arts venues, including the Barbican’s website last November. It is working on a redesign of the London Symphony Orchestra domain, which will relaunch in June.

‘Art venues are known for their exceptional programmes so it is logical that they become curators of on-line content as well. It’s imaginable that arts organisations will harness the possibilities of the on-line world to increase their reach internationally and support culture beyond their physical confines,’ says Fred Flade, creative director at De-Construct.

Perhaps next time I plan a night out, I may well get caught staying in, exploring the growing on-line options instead of trekking down to the venue itself.