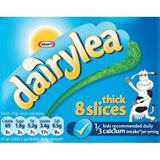 Kraft Foods has slashed the number of design groups it works with from several hundred to six, it has emerged this week, and created its first pan-European packaging and consumer promotions rosters.

Landor Associates, Dragon Rouge, PI Global and Holmes & Marchant have been appointed to the company’s packaging roster, while Arc and Momentum will work on consumer promotions. The groups were appointed following a ‘very thorough pitch process of several months’, says a Kraft Foods spokeswoman.

The move seems to be primarily a cost-driven exercise. According to Kraft Foods vice-president marketing services Europe Deanie Elsner, whose team will manage the roster relationships and the pan-European campaigns, ‘The new roster will enable Kraft to develop and implement best practice more quickly and invest more effectively in our international brands.’

But the spokeswoman insists that strategic considerations also played a part in the decision. ‘It’s a consolidation move, but we also want to work more strategically and develop stronger relationships with bigger companies. In the past, each country used to manage its own relationships and [design work] was much more ad hoc,’ she says.

Along with the roster groups, which will work on strategic, pan-European projects from next month, a second stage of the rationalisation process will see a few consultancies employed tactically at a local level in key European markets, she says. German appointments have already been made and other country rosters are expected to be complete by spring next year.

Most of the roster groups have long-standing relationships with Kraft Foods. Landor has worked on brands including Philadelphia cream cheese, Suchard and Tassimo; PI Global has worked with the company in the Scandinavian market; and Dragon Rouge has worked on Carte Noir.

In a separate pitch process, Kraft Foods has appointed Wunderman as customer relationship management agency of record for countries in the European Union, and with a focus on the Tassimo brand.

Kraft Foods’ operations extend across 150 countries globally. The company listed on the New York Stock Exchange in June 2001 and, in its second-quarter results this year, pointed to Eastern Europe and beverage brand Tassimo as key growth areas within its EU division. In the UK, its core product categories are coffee, cheese, confectionery and grocery.