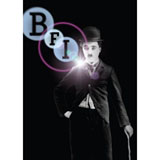 The British Film Institute will launch its complete set of revised brand guidelines, created by Johnson Banks, this autumn. The guidelines will support the full roll-out of the new-look BFI identity, as it is applied across the organisation and its long-anticipated redeveloped South Bank venue, due to open later this year.

The BFI identity will consist of a new logotype subjected to a cinematic ‘lens flare’ effect. The image of a lens catching the light forms a key part of the overall brand architecture scheme. ‘BFI is now represented by lens flare. It struck us as a suitably cinematic and beautiful idea. It was also an unusual idea with a lot of flexibility,’ says Michael Johnson of Johnson Banks.

The flare image will be integrated in different ways across various BFI marketing materials. For example, Johnson Banks has created an animated version of the identity, used to top and tail screenings, which will be shown during events such as the forthcoming The Times BFI 50th London Film Festival, which begins on 18 October.

According to Johnson, the brand guidelines are still being worked on and will be used by the BFI’s in-house design team and rostered consultancies to brand all the different parts of the business.

‘Our task currently is working through the vast output of the organisation to produce guidelines that can be taken on. The new identity will be used at maximum volume when the new building opens on the South Bank later in the year,’ says Johnson.

As part of the National Film Theatre, the BFI is being extended to include purpose-built viewing stations, an informal walk-in studio cinema and an enlarged exhibition and gallery area. The venue will be a test-bed for the future development of a flagship National Film Centre, which the BFI hopes to establish by 2012. The architect is Buchanan Associates Architects.

Johnson Banks was appointed to review the BFI brand identity and architecture in February (DW 2 February). This followed a brand strategy review undertaken by Wolff Olins four years earlier (DW 20 June 2002). As part of its relaunch, BFI has also redesigned its website to include more digital archived content.