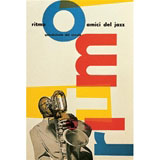 I gave a talk about the state of graphic design history to an audience of graphic design educators at a conference at the London College of Communication last year. I argued that if you wanted to find out how the field was doing, all you had to do was to walk into a bookshop. You will find plenty of books about graphic design (though there will be many more about art and architecture) but only a tiny minority of these volumes will be scholarly titles about graphic design history. If the international gathering of design academics at LCC was committed to the development of the subject, I suggested, it was time to get to work, undertake the research and write some compelling books. 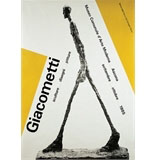 I made these comments in a spirit of genuine bafflement. For years now we have been hearing – often from design academics – about how visual communication is central to contemporary culture. The point is repeatedly made that a mature, self-aware, intellectually serious discipline needs to understand its own history: where its techniques, theories and guiding principles have come from; how it has developed; what impact its creations have had on their users; and the field’s social, cultural and economic significance.

If graphic design is to be perceived as a highly motivated practice on a par – as designers would like to believe – with art, photography or film, then it needs to prove it with an equally probing critical literature. Endless ‘how to’ guides and superficial, picture-led trend surveys aren’t enough. Their sheer number might even seem to confirm that graphic design really is a lightweight, essentially practical matter that few writers or readers can be bothered to analyse more closely.

Serious historical studies of graphic design have been published over the years, but whole seasons go by without a single, substantial volume appearing – this would be unthinkable in art history. So it’s encouraging to note that 2006 has been a good year for graphic design history books, with more on the way. Richard Hollis’s Swiss Graphic Design (Laurence King Publishing), the first major study in English, published in the spring, was years in the making and is a mine of new information about unfamiliar aspects of the history. Sparing no expense, Hollis went to the trouble of translating many documents not previously available in English. 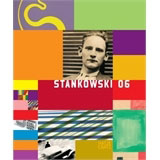 There is an enduring interest in the pioneers of Modernist European design and July saw the appearance of a keenly anticipated monograph about the Swiss/Italian designer Max Huber (Phaidon Press). An even bulkier and more elaborate volume about the German Modernist designer and artist Anton Stankowski (Hatje Cantz Publishing) appeared to coincide with exhibitions in Stuttgart and Zurich. Lund Humphries has just published American design educator Richard Doubleday’s study of Jan Tschichold’s years at Penguin – Tschichold is an unusually well-researched figure – while Phaidon Press this month delivers Kerry William Purcell’s biography of the Swiss master Josef Müller-Brockmann, who died in 1996 and maintains a strong following among British designers.

Studies like Purcell’s are the rarest of all design books. Where the Huber and Stankowski monographs are divided into essays by different authors, making them less involving to read, Purcell offers a long, continuous, engagingly well-written account of Müller-Brockmann’s entire career. There have been a handful of graphic design books like this in the last decade – Roger Remington’s monograph about Lester Beall (1996); Steven Heller’s about Paul Rand (1999); Martha Scotford’s about Cipe Pineles (1999) – but far fewer than you might expect, given the richness of the field and the need to rediscover and ‹ reassess the extraordinary but often overlooked achievements of earlier generations of graphic designers. At the most basic picture-book level, all the new volumes show work that is simply stunning.

If we were talking about art, there would be nothing remarkable about Purcell’s book. Any significant artist has been the subject of at least one and sometimes many monographs. There are several reasons for the curious lack of graphic design history books. 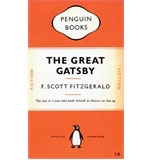 First off, the number of trained design historians who have the depth of knowledge, research skills, intellectual ability and career reasons to undertake the research is still limited. Graphic design history is mainly taught as an add-on to a studio-based education. In other words, it’s not a priority for either the course leaders or the students.

Second, and for exactly this reason, publishers still doubt that design history books will sell in sufficient numbers to make publishing them worthwhile – it is a risk. If you find this regrettable, support the research by buying the books. Third, and most bizarrely, some design educators believe that, by concentrating on individual designers – ‘stars’ – books like these present a warped and misleading impression of the reality of most design activity.

Yet the existence of a monograph about Müller-Brockmann, whose work influenced so many fellow designers, in no way restricts other kinds of research and analysis. Knowing about Müller-Brockmann and his place within Swiss graphic design is all part of being a well-educated, historically aware designer. How seriously would we take a contemporary artist who had never heard of Mondrian, Rothko or Warhol and had no idea what they had done? Designers’ understanding of graphic communication – and perhaps in time that of the public – can only benefit from bringing exceptional achievements to light. This season’s crop of design history books gives good reason to cheer. We need many more.

Most designers would agree that designing books is a mug’s game. The pay is terrible, you get three days to come up with a concept and three weeks to design 300 pages, and then you wait three years for payment. So why do they do it? ‘Creating a book is a real challenge. It’s difficult, time-consuming and badly paid, but a rewarding process nonetheless,’ says Vince Frost. ‘It’s usually so painful that the act of final completion is like saving your life from self-inflicted torture. Come to think of it, I don’t know why I do it!’ he adds. This is particularly true for books about graphic design, so here we examine three new design books and talk to their designers to find out why they do do it. 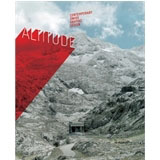 When publisher Die Gestalten Verlag wanted to update a very successful book on Swiss graphic design from 1999, co-founder, publisher and editor-in-chief Robert Klanten chose Nicolas Bourquin to design it. ‘He’s Swiss, a very good designer, well-connected to many of the designers in the book and very knowledgeable about the subject,’ says Klanten. ‘What I was looking for was something that would demonstrate the structural, complex design approach of Swiss design,’ says Klanten. Altitude certainly does that; in a concept developed by Klanten with Bourquin and Swiss designer and design academic Claudia Mareis, the book demonstrates the current interdisciplinary, multilayered approach of Swiss designers by using a number of different visual directions linked by the theme of physicality to achieve a low-fi, analogue visual tone which ‘makes the work look complex and dynamic,’ says Klanten. The result is an energetic, multi-faceted book filled with projects that are, as Bourquin explains, ‘not just products of a digital transfer but also artefacts – man-made objects that give information about the culture of their creators and users.’ This is achieved by building a complex grid that allows flexibility but makes for a challenging design project, recalls Bourquin. ‘Designing books about design is always a battle between the subject and the object, but also between the designer and the editor. On the one hand, the design must not be conceited and obscure the artwork. But on the other hand, as a designer, you have to try to find the best way to set the artwork, first in the context of the book, then of the chapter and finally of the spread,’ he explains. 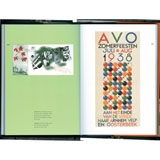 In conceiving a history of Dutch graphic design, the vision of Cees W De Jong, director of Dutch independent publisher and design studio V & K Design-Publishing, was simple: ‘I always kept in mind that in a history of graphic design there would be lots of my design heroes. It was important not to try and better them, just present a very simple concept for showing their work; a vehicle that would let the work speak for itself,’ recalls De Jong. First, he decided on a smaller format than would traditionally be used for this kind of book, reasoning that on a smaller page pictures could bleed or be set in colour borders, giving an impact rarely found in larger books. Then he chose fonts Praxis and Demos, by Dutch (naturally) font designer Gerard Unger, and a palette of orange, blue and green as colours that have played strong parts in the history of Dutch design. Then he simply set about designing what he hopes is ‘a simple solution that looks very undesigned’. The simplicity is partly a reaction against the over-design of Dutch work in the 1970s and 1980s, but it also addresses the fact that, ‘while they’re a huge pleasure to design, design books are harder to design than other books because you feel the weight of the designers’ work on your back, and are very conscious throughout of not wanting to do them a disservice,’ says De Jong. Through a thoughtful concept and development process, and careful consideration of type and colour to present the content at its best, De Jong has undoubtedly succeeded in his desire to make the work the star of this understated book. 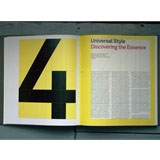 A monograph about the man who invented the grid system might be a daunting task for some, but designer Ruedi Baur recalls meeting Josef Müller-Brockmann a number of times as a young designer and was struck each time by the man’s enthusiasm, curiosity, political engagement and playfulness. Rather than the designer as legend, he has designed this impressive book as a more objective history of a man and his work. A key starting point was the memory of a designer whose work, he says, ‘was systematic but not rigorously constrained, someone who was open and constantly willing to explore and experiment.’ This led to a concept based around how Müller-Brockmann would design the book if he were around now, which would be to use modern approaches and concepts. This meant using a contemporary font (Akkurat by Swiss designer Laurenz Brunner), a homage to the great 1960s fonts but not a copy of them, says Baur, and a simple colour palette that uses the basic Mondrian colours of yellow, red, black and white. ‘But key to the design was Müller-Brockmann’s ability to create structured elements with playful dimensions, so I wanted to get this across.’ He did so by aligning column lengths in each chapter with their corresponding chapter number, creating witty opening spreads but also a concept for a series of fictive grids for each chapter. ‘It was very enjoyable to design because of this,’ says Baur, who finds designing graphic design books refreshingly challenging. ‘The content is 2D, so is hard to express; you can’t reproduce the work, you have to make a contextual, historical connection to the work in the design.’