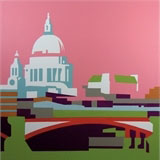 The London Transport Museum is auctioning a limited number of linocut prints designed by Paul Catherall, along with other Underground memorabilia. Catherall’s prints will also be available as posters from November and will appear on the London Underground network in December.

Rawfish Design Consultants has designed the interiors for Earle, celebrity chef Simon Rimmer’s latest restaurant, which will open next month in Hale, Manchester. 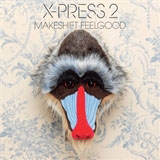 Frankie & Johnny has designed the print campaign and website, www.brothersofthehead.com, for the film Brothers of the Head, directed by Keith Fulton and Louis Pepe, which is released in Britain on 6 October. 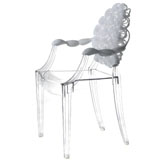 Philippe Starck’s Louis Ghost chair is given a makeover by designer Lionel T Dean in an exhibition called Perimeters, Boundaries and Borders, which runs until 21 October at CityLab in Lancaster. The exhibition focuses on the digital generation of one-off products and sees Dean fit the Ghost chair with alternative backs and arms.

Boffi this week launches an updated version of its mini kitchen, originally designed by Joe Columbo in 1966. The redesign, which features new hinge mechanisms and materials, is a tribute to the designer who died in 1971.