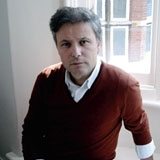 Fernando Gutiérrez gestures to the tall windows of his new Hampstead studio and smiles. ‘I like it here, it’s got good light,’ he says of the modest space. He and assistants Susan Jamieson and Dan Maughan arrived precisely one week ago. Boxes are still piled against the walls awaiting shelves. The Apple Macs are up-and-running though, and with days to spare before the launch of newly designed lifestyle title The Gloss Magazine, it’s business as usual at The Studio of Fernando Gutiérrez.

The rickety descent to Heath Street passes the stage door of the Pentameter Theatre, a subtle reminder of Gutiérrez’s former workplace, which he left this month following a six-year stint as partner. Describing Pentagram as ‘a big ship, with big overheads to contribute to’, he says of his recent departure, ‘At Pentagram, the pressure is consistent. The only way to keep the pressure off is to bill highly. I don’t need that kind of pressure – I believe in craft – I’d rather earn less and just do beautiful work.’ He’s adamant that the parting of ways was amicable: ‘I was happy to leave, but I also learned a lot from being there. Pentagram helped me become a more complete designer,’ he says. 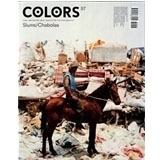 Gutiérrez – famed for his elegant, impactful graphic design for Benetton’s Colors magazine, Spanish magazine Matador and national newspaper El País – left Pentagram amid reports of a critical re-examination of business at the London office. ‘I could have stayed, but my figures were very tight and I wasn’t happy. I just wanted to go and get on with my own thing,’ he comments. ‘It’s very transparent – you can only stay if you’re going to meet the figures.’

Would he have been forced to leave had he not resigned? ‘If I’d stayed I would have had to change the way I work,’ Gutiérrez replies, adding, ‘I’ve always felt under pressure – not to leave, but to deal with my targets. So I made the decision to leave, but that was brought on because of the figures, no other reason.’ 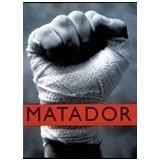 In October, Pentagram opens its doors to newly anointed partners Harry Pearce and Domenic Lippa, plus the Lippa Pearce business. ‘I’m glad they’ve gone in. I like them both as people, and I like their approach to design,’says Gutiérrez of the appointment. Asked whether this denotes a change of direction for the company, he replies, ‘I think they’ll fit in really well at Pentagram, and they’ll take Pentagram in a new, profitable direction.’

As for his own path, Gutiérrez is clearly relishing the freedom to strike his own balance between commercial and cultural projects. ‘I just want us to have fun, really enjoy every job and do beautiful work,’ he says.

Taking his clients from Pentagram with him, the studio will continue working with the Prado Museum in Madrid, Grupo Mahou-San Miguel, winemaker Telmo Rodriguez and La Laboral, an art centre in Gijón. A book celebrating the tenth anniversary of Matador is due out this month. Also ongoing is branding and identity work for Finnish mobile phone range Twig, plus projects with fashion label Hermès and football charity Truce. 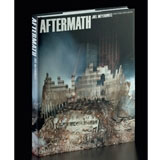 With a sharp eye on overheads, Gutiérrez aims to keep the business small, bringing in collaborators where necessary. ‘The most successful work happens when there is that intimacy and trust,’ he explains.

Having worked alongside personal heroes such as Tibor Kalman and Mike Dempsey, Gutiérrez hopes to offer his colleagues an equally inspirational working environment. ‘I want them to really learn about type, the print process, book binding, photography… I want us all to move closer [to that side of the job],’ he comments. ‘I want us to do work that is both thought-provoking and beautifully crafted. It’s really exciting. The whole process of starting again is very cleansing, it’s given me a new drive.’