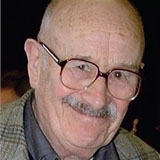 By putting personality and realism before rhetoric, modern corporate communication can take inspiration from the Dutch master, says David Bernstein

Rembrandt’s 400th birthday was honoured distinctively at Dulwich Picture Gallery this year with an exhibition on the theme of art and business, illustrating the painter’s interest in art dealing.

At 25, Rembrandt left Leiden for the commercial and intellectual vibrancy of Amsterdam. He had already loaned 1000 guilders to the Amsterdam art dealer Hendrick van Uylenburgh and thus bought into his successful business, part dealing, part tuition, while investing in his own collection.

He won commissions from the great and the good – royalty, the world of commerce and its corporate manifestations, including the Amsterdam Surgeons’ Guild and the Klovenier Civic Militia. The latter planned a new grand hall and asked Rembrandt to decorate it with what was essentially a corporate ad, depicting the musketeers led by their captain Frans Banning Cock.

Traditionally, group portraits were dull representations of worthy people, likenesses in ordered ranks. Ten years earlier another Dutchman, Frans Hals, was beginning to break the mould. Instead of painting people static, posed and ordered, he showed them behaving like human beings.

Rembrandt chose to depict the musketeers getting ready to march. The Night Watch (as it is still called, though cleaning has revealed the action isn’t taking place in the dark) is an unorthodox solution to the problem of the group portrait, showing no fewer than 29 figures individually busy.

As art critic RA Turner has said about its composition, ‘Staff, banners and muskets point in all directions, imbuing the company with a quality of disorganised vitality’ (Colliers Encyclopedia, Macmillan, 1976).

What distinguishes one company from another is not which corporate values it rates highest, but how it chooses to put those beliefs into practice. The discriminator is not philosophy, but personality. Rembrandt recognised this in the Klovenier Civic Militia – their ‘disorganised vitality’.

In 2000, Ford took a spread in Time magazine to speak of ‘smarter thinking about creating cars with the earth in mind’, ‘a global company thinking about the globe it lives on’ and ‘innovative uses for stuff people usually throw away’.

At first sight, it seems sheer rhetoric – but turn the pages and you discover that all the advertising in Time is for Ford. The text you’ve just read is just a trailer for what’s to follow, an index of claims to be reinforced throughout the magazine by substance: natural gas-powered taxis in New York, converting methane gas from landfills into electricity in Michigan, converting 75 per cent of ground level ozone into oxygen. All Ford initiatives.

Few companies can afford an advertising campaign like this, but the principle can be followed without spending a thousandth of Ford’s budget: the principle of justifying claims with examples, of supporting promises with facts. Above all, this is a demonstration of Ford at work. This is the night watch going about its business.

Fletcher’s work lives on to inspire a better future