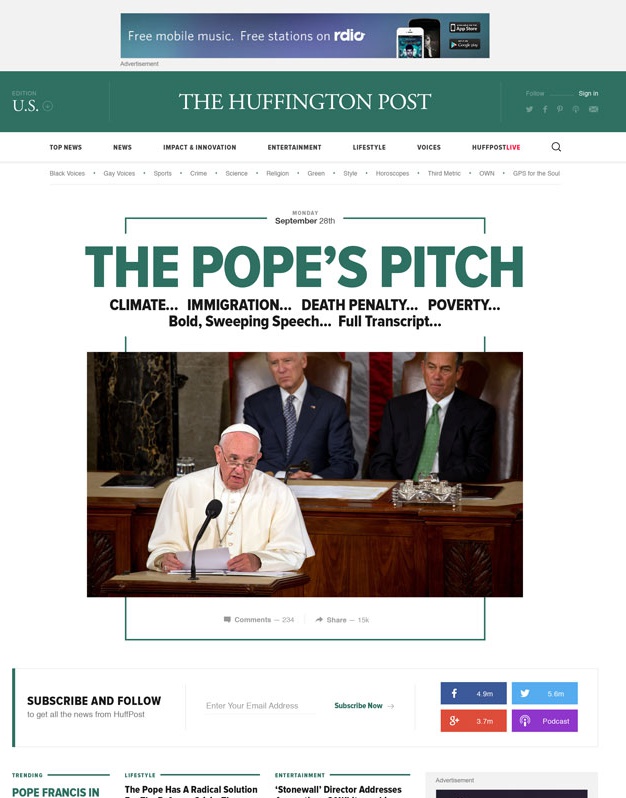 Online news title The Huffington Post has revealed its first major website redesign, which is set to roll out in 2016.

The new look has been designed by consultancy Code and Theory, and was unveiled at Advertising Week in New York today by the consultancy and the news title’s CEO Jared Grusd.

It comes after the site’s mobile app was redesigned by the same consultancy in May this year to mark the tenth anniversary of the publication.

The new site keeps the green Huffington Post logo and typeface, with the addition of a green banner across the top of the page.

It will also include longer page scrolls, has reduced the number of story columns and uses more images to illustrate stories on the front page.

Dan Gardner, co-founder at Code and Theory, says: “The Huffington Post has evolved immensely in the past 10 years. With this design, we are able to showcase its true wealth of content and data-driven intelligence that will advance the overall experience.”

Mike Treff, co-founder at Code and Theory, adds that the consultancy wanted each page on the site to “have the same sort of hierarchy as the homepage” and so focused on “user pathing” via article pages.

He adds: “Making sure we updated and simplified our navigation was important, as that is as much a brand statement as something that is helpful for our users.”

The new design is set to roll out across desktop and tablet platforms across all of the site’s international editions.

The title says that by the end of 2015, it will have 15 international editions across ten languages, including the launch of HuffPost Arabic and HuffPost Australia. 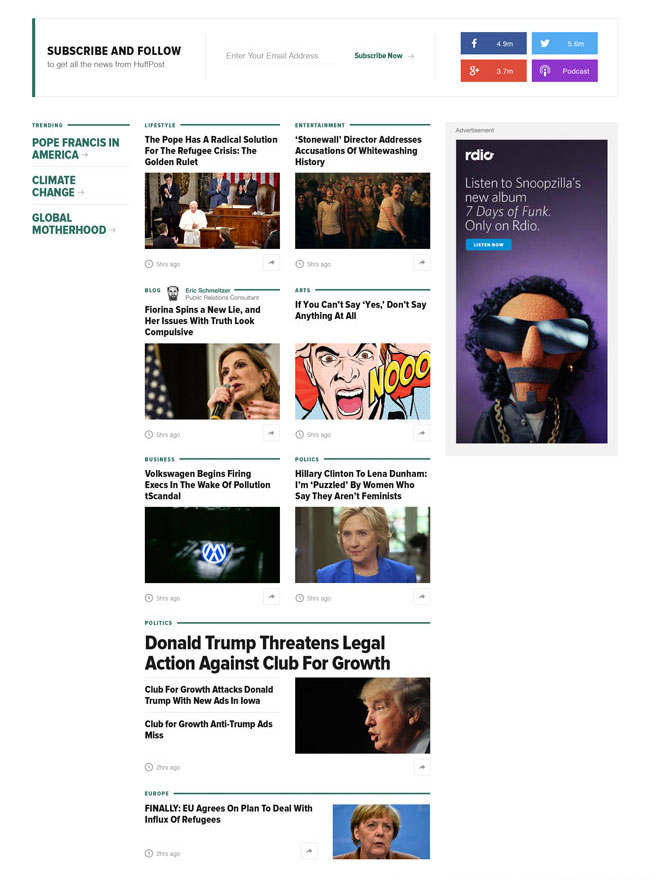 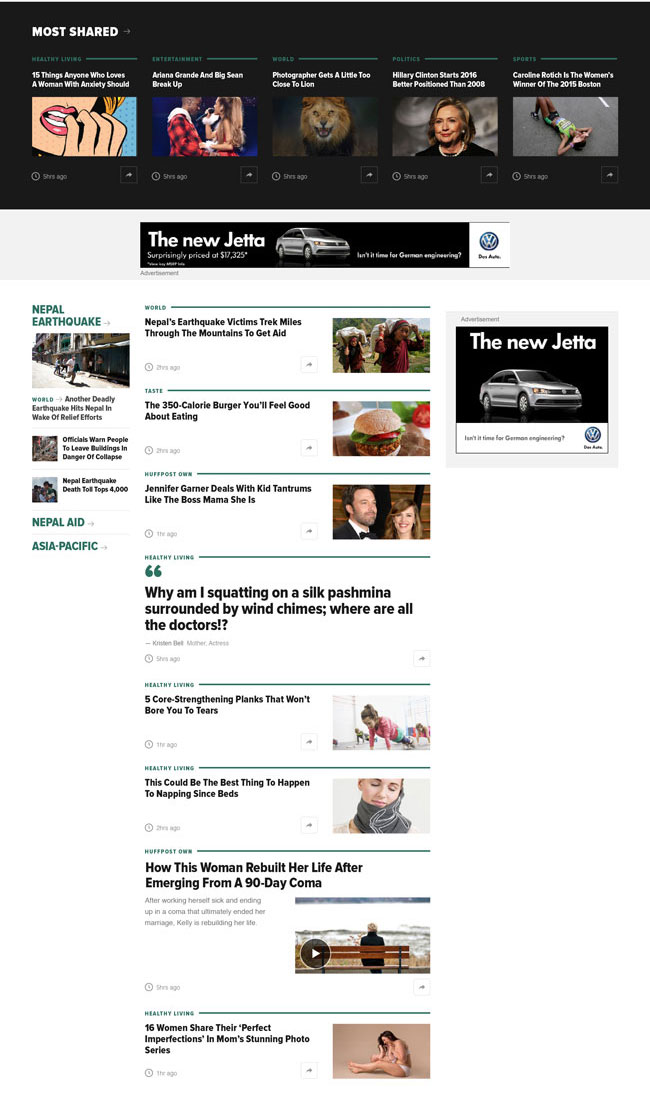