Pantone has released a new shade of red which aims to address the stigma around menstruation.

The colour, called Period, has been launched in partnership with Swedish period care brand Intimina, as part of its new campaign Seen + Heard. As the name suggests, the initiative aims to “make menstruation more visible and normalise this most normal of bodily functions”, according to the brand.

The Pantone System of swatches has been around since 1963, and was originally devised in the US to address the complicated problem of colour matching in the print industry. As of 2020, there are more than 2,600 colours in its swatch book. This is not the first time Pantone has teamed up with a brand to devise a unique colour – other examples include Tiffany & Co.’s 1897 Blue, Coca-Cola’s Coke Red and Starbucks’ Starbucks Green. 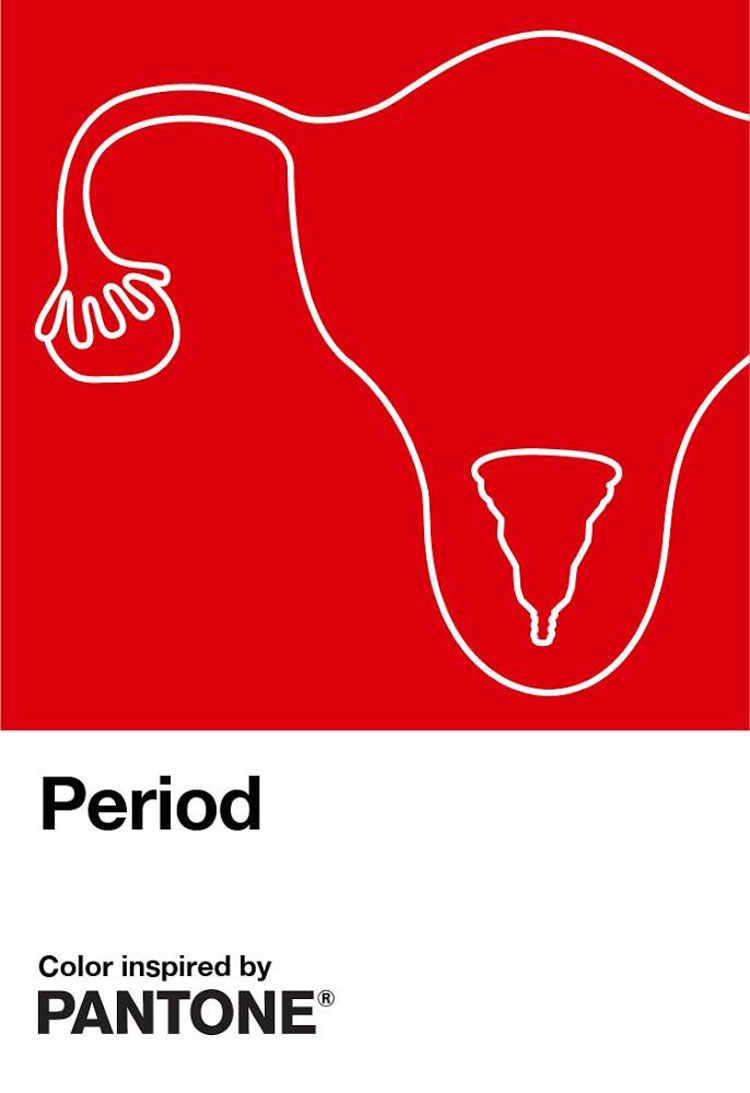 In a statement to Design Week, Pressman explains Pantone and Intimina worked alongside a gynaecologist and “consulted research published in Medical News Today” to develop the shade.

But while experts were consulted, she stresses that the colour is not intended to be an “accurate depiction”. After all, the colour of period blood can vary from darker black, brown and grey to much lighter orange and pink colours.

“Instead, we created a visual identifier of a red shade that would help Intimina leverage the power of colour to share their story,” Pressman says.

By launching this colour Pantone and Intimina aim to be part of the movement to end period stigma around the world.

This is a mission that has received considerable attention in the design world as of late. Last year, Design Week covered how packaging designers were working to shift the taboo of period care products; and early in 2020 Design Bridge revamped the branding for tampon subscription service Callaly.

The wider Seen + Heard campaign will focus on how people of all genders can be empowered to talk about menstruation, Intimina says. The campaign message will be supported by the use of Pantone’s Period.

Pantone says it hopes the use of the colour will “embolden people who menstruate to feel proud of who they are”.

But what do designers think of the project and can Pantone’s Period colour be an effective tool for designers?

“It’s a great way to encourage discussion. Using colour ensures that it is a universally understandable message. Paired with the ‘Period’ name it is confident and unafraid, just like all people with periods should feel. Culturally, many people face stigma around period care and reproductive health. We need to normalise these issues through conversation and hopefully, the partnership will help to do that.

“The colour could provide a base-level shade for designers to use, yet not all periods look and feel the same and I can understand the difficulty in finding an all-inclusive colour. When working on relevant projects, it would be interesting to explore the shade in different depths.”

“I think it’s certainly a nice project and will get adults more comfortable and aware of talking about it but I think the problem starts much earlier on in our schools.

“My primary school taught sex education when I was 11 in year 6 before I went to secondary school, the girls were separated from the boys to talk about different aspects of growing up, periods being one of them. I personally think that although it’s good to have that separation and safe spaces to talk about periods initially, I think boys need to be learn about periods as well so that the stigma of talking about it can be broken down.

“The fact that boys are are separated in that initial experience with periods and other awkward factors of becoming an adult, is saying that they aren’t allowed into those conversation spaces and that’s where the change needs to happen.

“I think designers will definitely use it – but perhaps limited to only in the context of talking about periods.”

“Well, I think it’s great – anything that takes the negativity away from having your period, which is the most natural thing in the world, is an achievement. I’m sure it will get some criticism and be seen as provocative, but I don’t see anything wrong with that.

“I’m not sure the impact it will have in terms of design, but I just like the idea behind it and it’s a good way to start the conversation.”

“Pantone Period Red will definitely inspire graphic designers working on relevant projects. For example last year when we launched the ‘Don’t Hide it Period’ campaign and packaging, we would have used the ‘Pantone Period’ for our packaging and communication. Designers can play a significant roles in spreading awareness.

“However the agenda for the Pantone Period shade is not only to inspire designers but fight the stigma around menstruation. In order to create an impact we need scale. We need bigger brands like “Whisper” to change their name. The masses don’t know the difference between a Pantone Red 185C and Pantone Period Shade.

“To fight this conversation menstruation hygiene brands needs to come forward. People need to be educated. And there needs to be a mindset change. We have myths and taboos which needs to be dealt with and personally coming from India, I don’t think so just only a change in colour will make a significant impact. Yes it’s a starting point.”

We can’t conquer the world in one day.

What do you think? Let us know in the comments below?