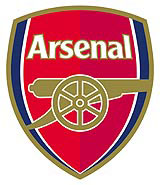 A football club’s badge inspires a loyalty beyond that of most brands. Any redesign can therefore be a tricky affair, and fans can make or break a design – witness the initial fierce opposition to Arsenal’s new marque.

But a new design registration law could lead to a slew of clubs revamping their marques, as clubs seek more robust protection from unofficial merchandise touts as well as increased revenue from branded products.

Arsenal’s crest was redesigned in March by 20/20, prompted by the law change and a court case involving a fan, Matthew Reed, selling unofficial merchandise.

Under the new law, most objects – in this instance, the club badge – can be registered as a graphic ‘design’ instead of a trademark, which means that any item of merchandise featuring the crest is covered by copyright law. Previously, each item, such as a mug, shirt or key-ring, had to be individually registered.

‘We are on the brink of an explosion in the use of design registration,’ explains Patent Office marketing executive Dr Jeremy Philpott. ‘But in order to register a club badge as a “design”, it must be significantly redesigned.

‘Any revamped marque must be “novel” with “individual character”, and not evoke a feeling of dÃ©jÃ  vu.’

Arsenal approached 20/20 just after its court case against Reed, requesting a tweak to its badge. But the consultancy advised a larger scale revamp to comply with the design registration law, says 20/20 director of brands Jim Thompson.

‘We had to ensure every element of the badge was unique to Arsenal. For example, we removed a town crest allied to Islington and some irrelevant Latin text,’ Thompson says. ‘We looked at the elements most important to the club.’

Arsenal can now protect itself against damage to its brand by unofficial use of its marque, and reap the profits from selling all branded merchandise. ‘Clubs are waking up to this; it means they can control all their products,’ he adds.

Philpott is less sanguine. We shouldn’t expect a rush of club rebrands, he argues, as clubs will incorporate changes in the law as they go along. ‘[Rebranding] is something [clubs] will do down the line. They won’t hurry.’

Cynics out there would do well to think otherwise, and consultancies could do a lot worse than keep an eye on the fortunes of this season’s big players. Now, doesn’t that sound like hard work?

In a way, all imagery used on football badges is surreal. Its connection to the game is non-existent, and almost all crests derive from heraldic animals, buildings and flowers of the cities the clubs were founded in. We accept their obscurity. When, for example, have lions ever roamed the streets of Chelsea? Or tiny white horses played football in Ipswich?

Crests only become worrying when they stretch beyond the borders of heraldic logic; the badge of Prague Bohemians features a green kangaroo, and Moss Football Club in Norway have a basketball.

Clubs should isolate a key feature within the baroque clutter of their faux-mediaeval crests, and transform it into a clear, distinctive symbol. Some have begun to do this – Derby County’s ram, Chelsea’s lion – but a surprising number struggle on with complex emblems that are hard to understand and recognise. They should decide what is unique to the club, and what is merely borrowed from the city.

They also need to look carefully at other logos on their shirts. This season, on Thierry Henry’s chest next to Arsenal’s new badge, are the Nike swoosh and the O2 logo. Does any club have a badge as powerful as these commercial logos?

Is my design registrable?

Is it novel? The design must not be identical to a design already available to the public

Does it have individual character? The ‘overall impression’ it produces must be different to a previous design available to the public

Does it perform a function? If the design is dictated by its technical function, it cannot be registered as its shape would be set

A design ‘contrary to accepted morality’ cannot receive protection, and neither can a design with invisible working parts

The older version typifies the football badge disease: more is more. It’s trying to scream heritage, it has cod-gothic lettering, ermine, a gun and a wavy ribbon with a motto. As if all this wasn’t enough, the shield actually has a shield inside it, the arms of Highbury and Islington.

The point of it all is the gun, but it is so whispy it can barely be seen. The gun is what the badge ought to be built around. All football clubs have a founding myth, a claim to integrity deeper than being a profit-making PLC. Arsenal’s myth is that it has grown from an informal team of workers from the Woolwich Arsenal munitions factory, and the gun preserves that. What the redesign of Arsenal’s badge has shown is that complex crests are not carved into stone, they have evolved and changed since each club’s inception, and it is commercially sensible for that evolution and adaptation to continue.

20/20 did the right thing preserving the gun and making it prominent on the new shield. But, although it’s in the right ball park, the new badge, launched in February, is disappointing. Rather than an identifiable field gun, like the ones the Woolwich Arsenal actually made, it’s an anachronistic, made-up blobby cannon. And with cramped lettering and curvy white lines, it has more than a touch of the shopping mall about it.

Watford’s official website offers a strident defence: ‘The club crest features the head of a hart, the symbol of Hertfordshire, and not a stag or moose, as many people often think’. But, unfortunately for Watford, in reality the hart, or male deer, has thin branch-like antlers and a narrow snout. With its shovel-like antlers and wide jaws, Watford has a moose on its badge. Maybe the designer flicked to the wrong page in his bestiary, or maybe he was a Tottenham supporter. But it shouldn’t worry, a moose is infinitely more memorable than a deer.

The Watford crest was created in 1977, designer unknown, and tweaked in-house over the years. Marketing director Ed Loan introduced a new typeface, Meta, in 2001.

This is a rare one. Apart from Fulham, this team is the only one in the Premiership with a logotype. I don’t need to say much about the torture the graphic designer has inflicted on the letters. It’s the typographic equivalent of those contortionists who get inside a small glass box – it’s amazing and appalling at the same time.

The blue scroll is worth taking note of; it clashes horribly with the logo, but is there for a powerful reason. These wavy shapes were used in heraldry to spell out the family motto. On Bolton’s badge, launched in 1996, it’s empty. It is simply used to communicate the idea: ‘we are real, we have tradition’. Clubs have a thirst for tradition, and longevity is how they first get, and then keep, fans.

The direction Bolton could go has been tried and tested by American sports teams. Perhaps the best example is the baseball team the New York Yankees, which boasts a beautiful monogram of an overlapping N and Y. People often wear it on shirts or baseball caps. This badge is so well designed that it earns money and loyalty from people who’ve never seen a baseball game. It’s the Chanel of the sports world, the design target for every club to aim at.

By rights, this ought to be the most advanced of English football badges. Manchester United is, after all, the only club commercially developed enough to have its own television channel. It has a good starting point: the devil. The team used to be called Newton Heath, and its nickname was ‘The Heathens’, so the devil is a kind of visual joke. It’s very distinctive, like Barcardi’s bat or Playboy’s rabbit, no one else would ever think of using it.

But the detail of the current badge, launched in 1998, lets it down. It’s fussy and the devil hasn’t been drawn with much anatomical understanding. If there is affection for a badge with lots of scrolls and twiddles, why not have a fancy version for special use, and then a simple version with just the devil?

The yellow hat is meant to be a halo, but with the ball and scarf-arms, this badge steers perilously close to the surreal humour of a football version of Bertie Bassett, the man made from Liquorice Allsorts. It looks like a fat man who can’t play football, wobbling about with a head full of air.

Not that Southampton need worry. You can barely see any individual element as they meld into a thick forest of imagery. The halo is another wonderful chance to make a great symbol. The Saints is a very potent idea that just needs the right emblem to express it.

Designed in 1979 by a supporter who won a competition, the crest has hardly changed – it has been cleaned up in house and the football modernised.

A bit dry, this badge has the simplicity of early heraldry with its clear coloured emblem, a lion rampant. It’s only later in the world of shields and noble families that scrolls and extra animals were used to augment the original simple designs.

In a sense, Middlesbrough’s pared-down badge is what a graphic designer might recommend. But compared with other badges, it has no richness. Its elements are treated without love: mundane type, a shaggy anonymous lion. Any simplification of any of the badges needs to preserve or add distinctiveness. A designer given a badge like Middlesbrough will have to work even harder since lions rampant are to be found everywhere (Peugeot, Gatecrasher and Pringle). Watford has managed a certain flamboyance by having cracking colours, Charlton’s fabulous white sword has the perfect subtle curve on the hilt.

Middlesbrough’s badge was designed by local company Hillprint in two hours in 1986, as the club reformed overnight after going into receivership. ‘We took a round object to represent a football, and a lion, which is the town crest, and put something together,’ says commercial manager, Graham Fordy.

The opposite of the dry-as-sawdust approach is the pizza-with-every-topping, typified by Sunderland. Amazingly, this confection was designed as recently as 1997. Perhaps every board member was allowed to choose something to shoe-horn in. One of the team’s nick-names is the Black Cats, and this seems like a golden opportunity that has been missed. What is so wrong with a fabulously well-drawn black cat? And while we’re at it, what’s with the postcard from Athens in the top left hand corner?