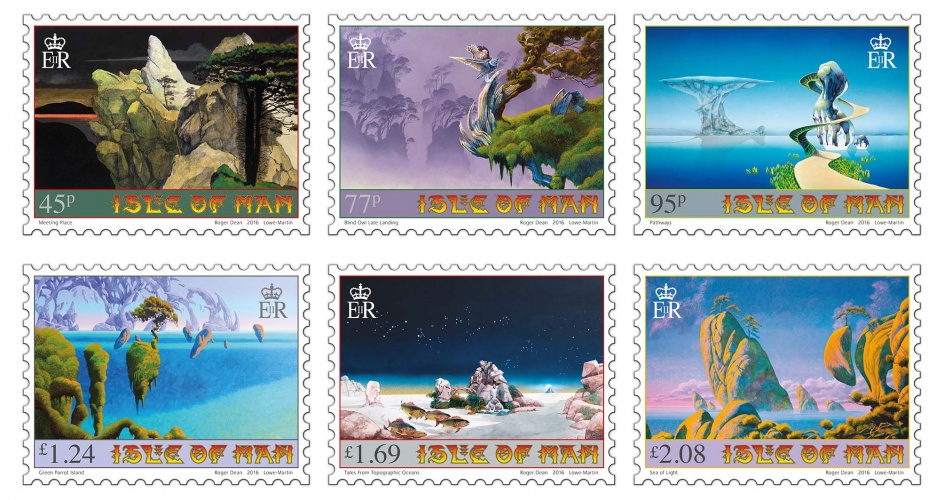 Design Week: How did the Islands and Bridges first come about?

Roger Dean: A group of people on the Isle of Man – the guy who runs the local radio station, 3FM; a business partner of mine who lives there, David Moseley; and a man called Wayne Lee – thought it would be a good idea if I had an exhibition of my paintings on the Isle of Man.

So that was arranged and we also met the post office to see if they were interested in having a set of stamps, and they were. The stamps came out on 19 August which was the first day of my exhibition.

DW: Why did the Isle of Man catch your attention in particular?

RD: I’ve been going back and forwards to the Isle of Man for a number of reasons, mostly business. Last year I did a presentation at the Isle of Man Film Festival, and I also gave a small talk to the students of the art school there.

DW: How did you and the Isle of Man Post Office select which of your works feature?

RD: I did a preliminary selection and showed them some designs, but they left the choice to me. I made the choice from paintings that were in the exhibition. The set of stamps, from my point of view, was to coincide with the opening of the exhibition so in a way it was to celebrate the opening.

DW: What was the appeal of having your album artworks used on stamps?

RD: I like the idea of seeing miniature versions of my paintings. It had a whole new feel for me. The paintings are typically very large – three of the paintings used are 6 feet by 4 feet. I love the jewel like intensity of them reduced very small.

DW: They all include very vivid landscapes – how do you translate that amount of detail onto something as small as a stamp?

RD: Tales from Typographic Oceans had a lot of pieces of landscape in there. There’s a waterfall in the foreground from a place called Brimham Rocks in Yorkshire, and rocks on either side that come from Cornwall.

At that size it’s hard to see it is that artwork, but two million or so people who bought the original album will know it very well, so I guess they’re pleased to see it.

DW: Do you think nostalgia plays a part in the stamps’ appeal to people?

RD: I hadn’t really thought of it in terms of nostalgia, but yes it’s a kind of reinforcement of it. And Yes are actually touring in America at the moment playing Tales from Topographic Oceans.

DW: Can you describe the original Isle of Man-inspired commission for the stamp series?

RD: I was asked had I done anything specifically related to the Isle of Man, which at the time I’d been considering. Previously I’d been taken as a guest to all kinds of interesting places and one place in particular caught my attention: Niarbyl.

Over many many hundreds of millions of years, one American tectonic plate and one African plate allegedly met there. I had already done some sketches and things with the notion that it would not necessarily be a portrait of the place, but a portrait of a place that I’d kind of made my own.

I called the painting Meeting Place because it’s where the two rocks meet. It’s actually quite a small rock but I’d painted it like a mountain, with trees around it that would make it look vast.

It’s a painting that’s 120cm by 80cm so it’s smaller than some of the others, but I think it looks nice small; it works well on a sheet of all the same ones.

Islands and Bridges is available to order from the Isle of Man Post Office website and the exhibition runs 19 November at the Manx Museum in Douglas. 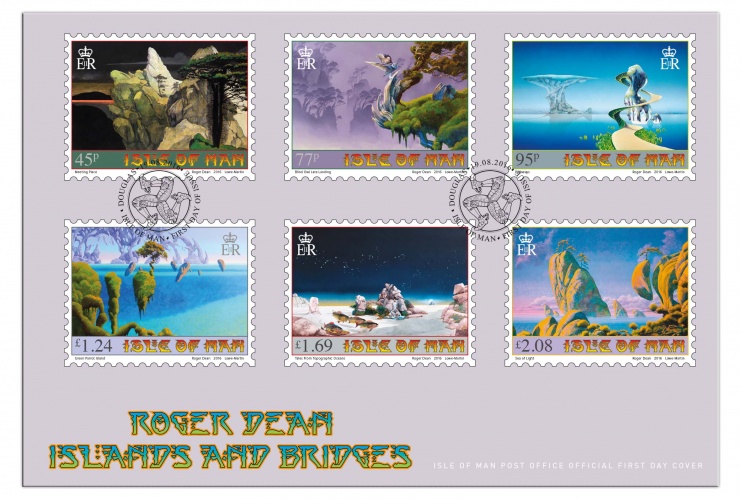 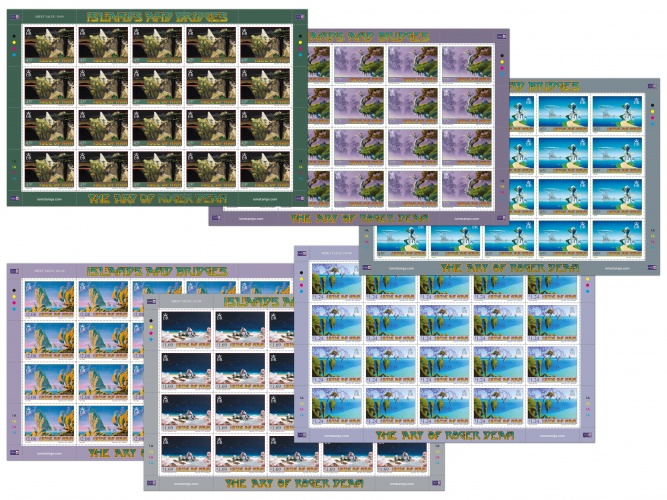 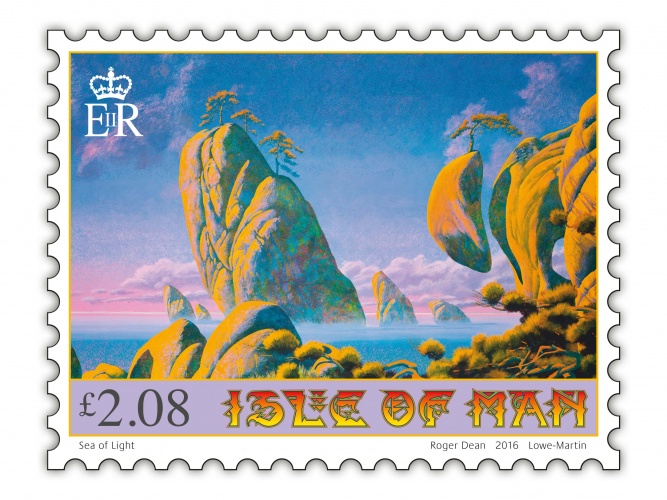 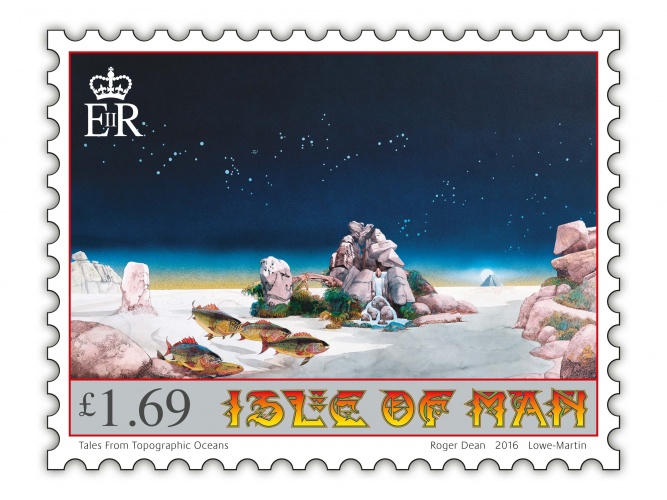 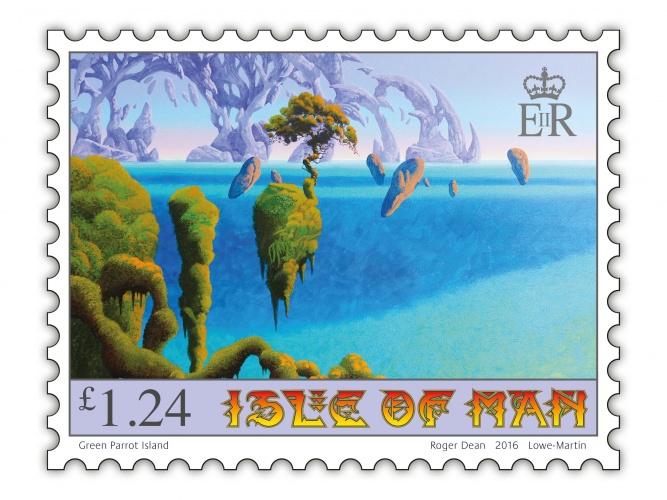 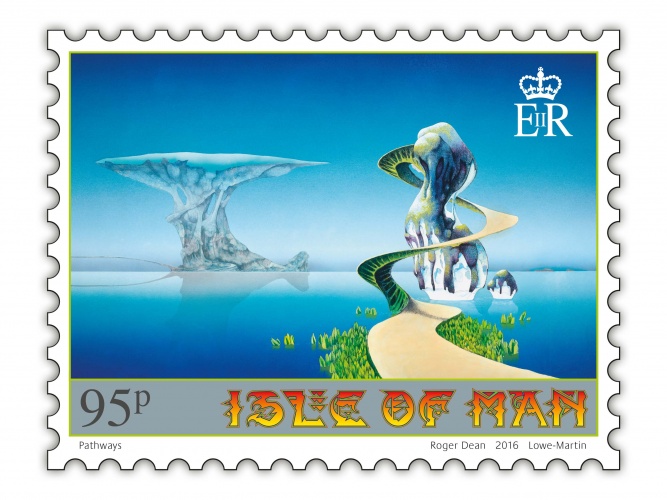 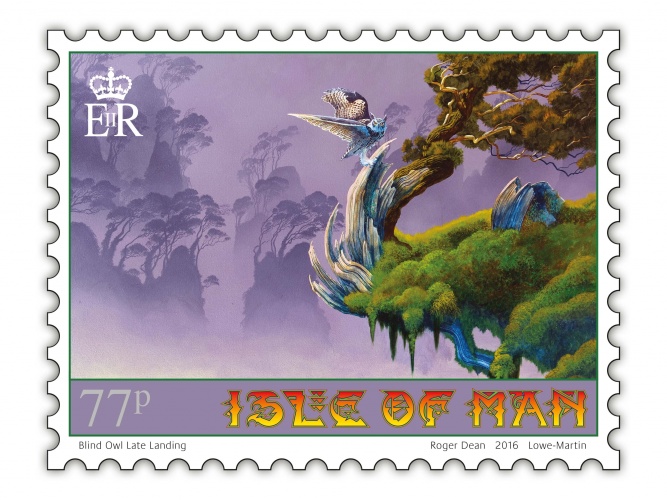 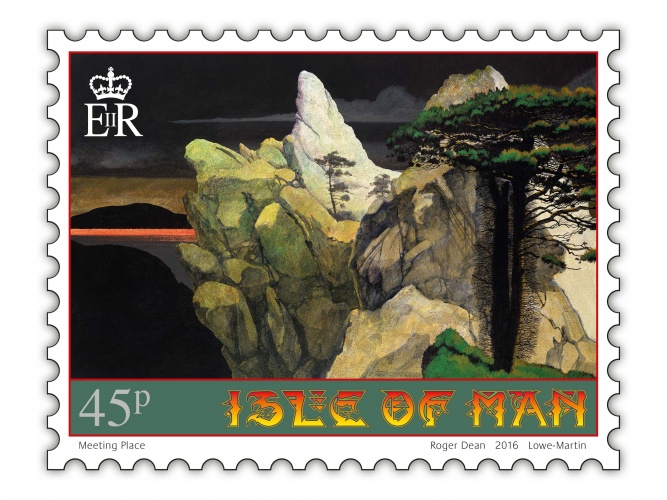 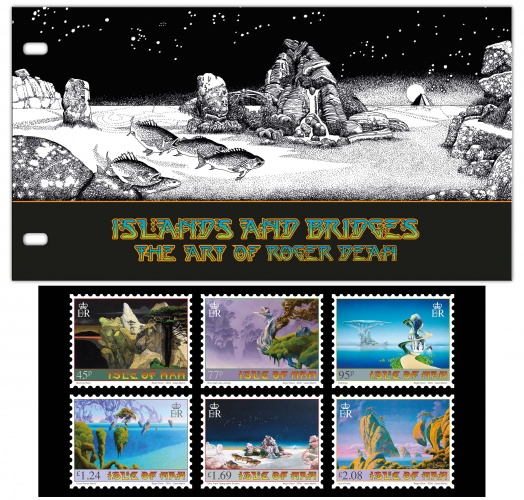