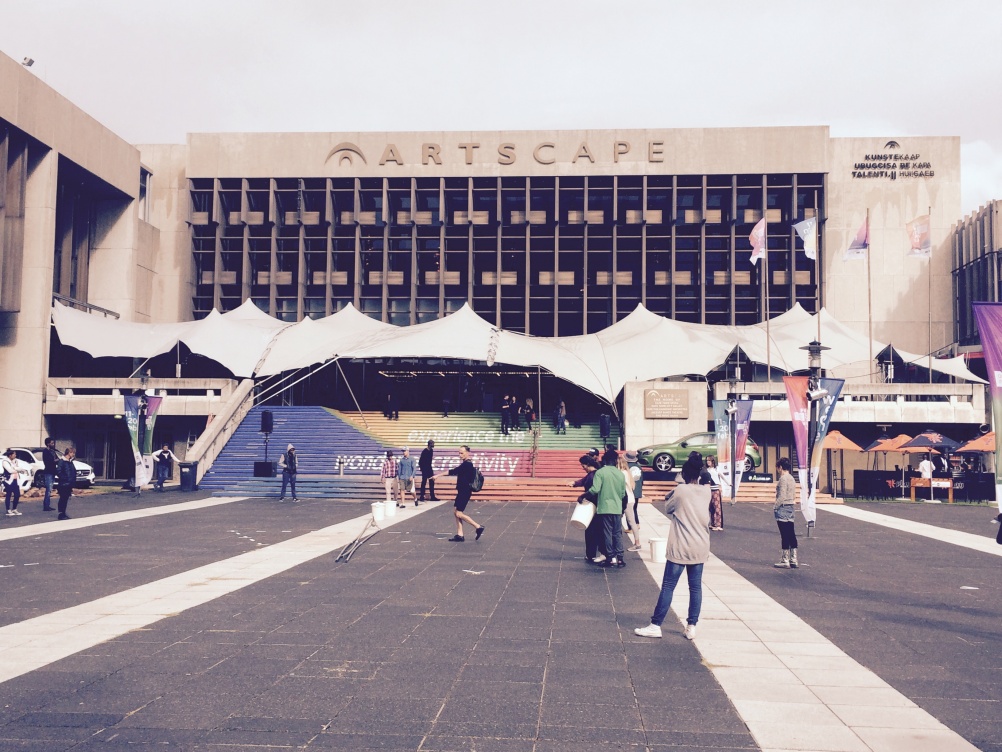 With Design Indaba’s mantra of changing the world through design, it’s no surprise that so many of the speakers are high achievers. This year, they were propelled onto an intimidating stage at Cape Town’s venue the Artscape, within a gargantuan theatre seating roughly 1500 people – but they were not deterred from using the space as a platform for wit, creativity and invention.

Everyone from up-and-coming graduates to long-standing design veterans conquered the stage, as we witnessed ambitious projects, standing ovations, musical performances and infallible humour – ranging from a spine tingling recital from Imogen Heap, to a play on pitching from NB Studio and a look at Turner Prize winners Assemble’s imaginative work empowering communities. Although it’s hard to narrow it down, here are some of our highlights from Design Indaba 2016.

A standing ovation for Margaret Calvert

Calvert, the inimitable designer of the British road sign system, ran through her expansive career in 30 minutes with humility and self-awareness. She focused on the difference between “work” and “play” design projects, cheekily adding in quips like: “Work is what I get paid to do, and play is what I don’t – like talking at Indaba”. Calvert presented with good humour, side-noting such iconic projects as her invention of the British rail alphabet with: “There was no Helvetica then – thank goodness.” Advising her adoring audience that “you should do it your own way” no matter what, this is clearly a belief that has left Calvert’s personality and work loved by many. It was no surprise then that the talk culminated in everyone jumping from their seats with a roar of applause.

Benjamin Hubert causes ‘kindness’ to rain from the ceiling 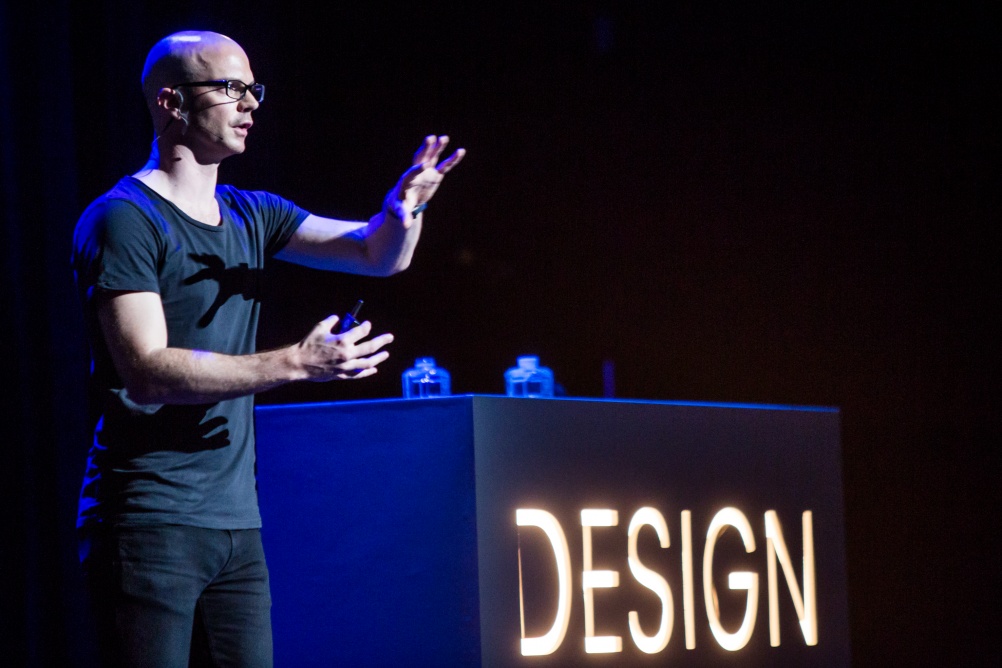 Hubert, founder of experience-focused consultancy Layer, won delegates over with his charismatic speaking style and attention to detail – using infographics, he succinctly summed up statistics on designers and free pitching, concluding that he had wasted 4500 hours doing so across five years, so had turned his efforts to “using design as a powerful tool for change” instead. He announced his latest venture – an app that encourages people to commit Acts of Random Kindness (ARK), accompanied by a physical ark-shaped box. As thousands of these boxes rained down from the ceiling during his talk – narrowly missing the designer by inches – Hubert had succeeded in captivating and involving the audience in his work.

Insight into the enigmatic Assemble

Since the architecture group’s controversial Turner Prize win last year, Assemble has been catapulted into the public eye – along with the idea that design and architecture can be used as a tool to enrich people’s lives. Paloma Strelitz and James Binning talked through “the power of creativity”, and the group’s interest in contorting norms. “Cities can be a disempowering place,” says Strelitz. “We explore the gap to make buildings more malleable. We’re interesting in different ways we can engage with the city.” With projects such as their exposed, street-based cinema The Cineroleum – which is “like having your pants pulled down in public”, says Strelitz – the pair showed first-hand how Assemble is challenging expectations in their field.

Kessels, infamous for his tongue-in-cheek and often-outrageous style, proudly projected his life principle that if “no one hates your work, then no one loves it”. Living up to this, he proceeded to nonchalantly present some of his most controversial projects, greeted by a mixture of shock, surprise, laughter (and possibly some disgust) from the delegates. Although the extensive array of penis-based photography he went on to showcase may have been somewhat overbearing for some, the designer also showcased some of his smartest, most thought-felt work – from his clever reverse-psychology advertising campaign for the self-proclaimed “worst hostel” the Hans Brinker in Amsterdam, to a poignant photography project dedicated to his late father. Ending his talk with an eruption of yellow confetti on his audience after convincing them they were going to be showered with water instead, Kessels demonstrated his breadth of work, depth of personality – and his comic timing. 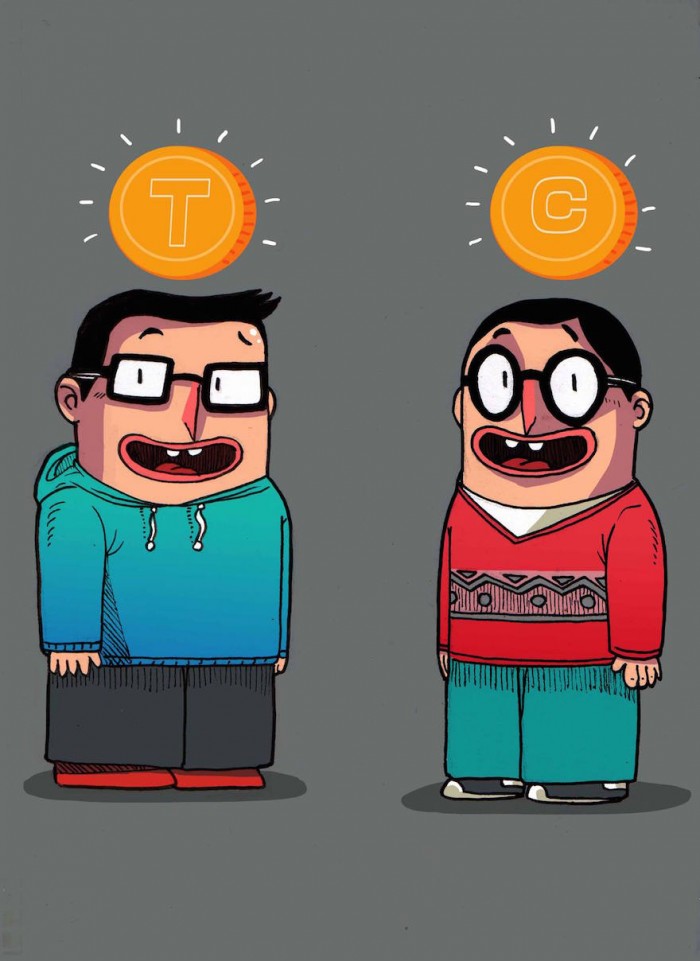 Although Egyptian twins Haitham and Mohamed El-seht are a loveable, identical double act on the outside (matching glasses, and everything), their work is not to be taken lightly. While they entertained their audience with funny doodles of themselves and amicable bickering, their ultimate message was that comics can be powerful, as well as amusing. Drawing up the simple conclusion that comics combine the power of both words and art, Mohamed concludes: “It’s not just about laughs – it’s storytelling.” And suitably, much of the pair’s work focuses on social issues of Egypt, including the prevalence of sexual harassment and post-revolution disorder. Having founded a groundbreaking comic festival in Cairo, the pair has shown that illustration can make an impact. To read more about Twins Cartoon, read Design Week’s exclusive interview.

Fosters and Nissan outline renewable energy future – based on the car