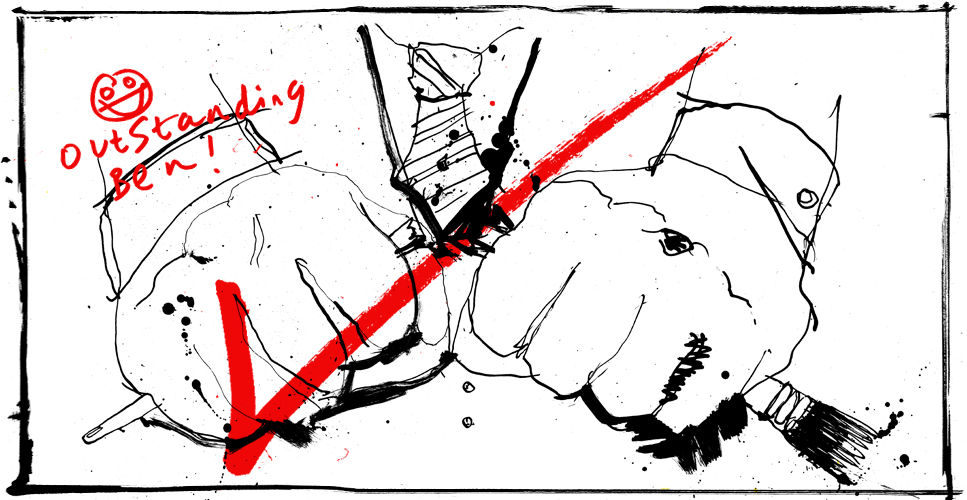 My old flat-mate taught at the Millennium primary school in Greenwich, a school with very forward-thinking emphasis on enjoyment of learning and creativity.

One standout example of the subtle shifts from the textbook dictation monotony I endured in the 1990s to a clever, subtle and inspiring method of activating the imaginations of his students saw him create a murder mystery in class, where 10/11 year olds were given the freedom to write workings out on cling-film-covered tables as part of studying Shakespeare’s Hamlet. The activity was enjoyed so much that, the same afternoon, they asked why they had missed literacy, not even realising that they had in fact completed it.

Education can be “fun”

The majority of children historically, have not uttered the words “fun” and “education” in the same breath and that makes me sad. Consistently brilliant results and rapidly developing, motivated students moved on to high school each year from my flatmate’s class, despite Ofsted’s best efforts to drag them back into the Victorian age, frighteningly, one step away from a blackboard duster across the knuckles for any independent thinking.

During the last few weeks of his London days, before heading to teach in Bangkok, and disillusioned with the state of the education system, he sent me a link to an article featuring comments by Education Secretary, Nicky Morgan, stating that choosing creative subjects at school would limit career options and future incomes.

I couldn’t sit still, seething with anger in my studio. These comments are part of a decision not to have creative subjects on the Ebacc ranking system, which maintains that English, Maths, Science, a language and a humanity define a good education.

Not taught to think creatively

A few days later, after reading a very well-written response to Morgan’s comments in The Guardian by John Newbigin, chair of Creative England, I approached John with a view to welcoming him on my arts podcast, Arrest All Mimics to elaborate further.

He accepted and we met for coffee, where he articulated an outstanding counter-argument to Morgan’s painfully short-sighted comments, highlighting the danger of an education system that consistently produces people ill-equipped to think creatively, independently and solve problems in a real world which is in the midst of a digital revolution, where those core skills are golden in all fields of employment and business.

Furthermore, with increasingly amorphous disciplines comprising a more fluid UK jobs market than ever before, more than 8% of which, John tells me is made up of the creative industries, surely now is the time to shift the focus away from textbooks and exams? 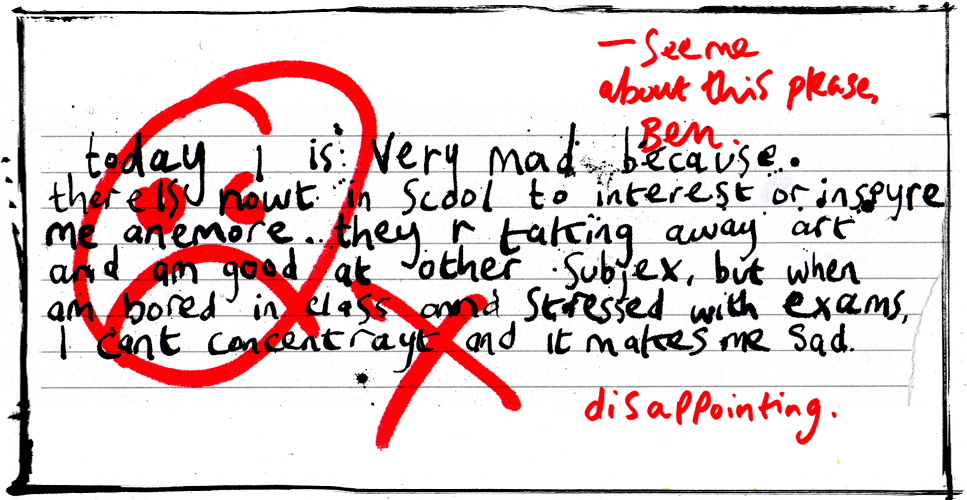 Make no mistake, my anger is not a call for us all to do art and be artists, more about the need to recognise that the arts are vehicles through which we can collaborate, experiment, learn to generate fresh ideas, communicate, grow as human beings and become independent thinkers, skills so sorely needed in the real world. Textbooks can most certainly never ingrain those traits. Science, mathematics, English and technology are of course vital, but without creativity, how do we produce pioneers?

In 2013 I voluntarily created and directed a campaign on behalf of the charity CALM to highlight and explore the emotional benefits of artistic expression, in which I interviewed many artistic people, both celebrities and amateurs, about what creativity does for them.

It makes basic sense to me that if a person has a sense of belonging and the chance to create, no matter what their profession, they will be happier and more productive.

A few weeks ago, I headed out to Minsk, Belarus, to work with the British Embassy at the international book fair. I did two talks, held a debut solo illustration exhibition and a live-drawing session. All four events were swarming with people asking so many questions, excited about the opportunity to learn from me.

The buzz was mutual, I was overwhelmed by how receptive the talented and determined locals were to a bumbling Yorkshireman who was simply allowed the freedom and an education with which to do something that earns him a living and a great deal of happiness.

A large crowd of people of all ages sat watching as I drew, for three hours of their Saturday and one shy girl of around 12 took two-and-a-half hours to muster the courage to speak, before asking me to draw her something, which I did, before she thanked me, burst into tears and ran away.

Is creativity really seen as “great”?

Throughout this trip, I saw embassy marketing-materials emblazoned with “CREATIVITY IS GREAT” over photographs of Britain at the book fair and on the embassy walls. Oh the irony.

It was clear that the Belarussian people; just like much of the world, look upon Britain as a nation of creative pioneers from who they can take strong inspiration with good reason and I did not hesitate to explain that this is currently in serious jeopardy.

It came as a shock to my audience as I explained that if our government is allowed to wreck one of our true national crown jewels, the arts, that our proud cultural output might soon be consigned to heritage.

You can sign the petition asking to include expressive arts in the Ebacc herehttps://petition.parliament.uk/petitions/111731.

Time Out magazine redesigns with focus on colour and space