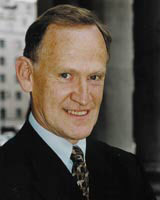 After the rash of high profile deals in the design industry between 1996 and 2001, the mergers and acquisitions market pretty well stopped dead in its tracks. But looking forward, there are real reasons to be optimistic that profitability and growth will return in 2004. It looks like a change of sentiment among both buyers and sellers of design consultancies is on the cards.

Among the buying fraternity there have been significant changes in the past few years. The big four: Omnicom, WPP, Interpublic and Publicis are in different positions. Interpublic has dramatically reduced its deal flow as it addresses its heavy debt burden and low share price. Publicis is currently still digesting and rationalising the enormous deal with Bcom3 (Leo Burnett and Dentsu). Publicis may, however, enter the market later as it is ‘underweight’ in City terms, in non-advertising sectors.

WPP and Omnicom are still acquiring, but they are both extremely selective when it comes to their tactics. We may expect to see some action among these two consolidators, if only to support – and in some cases help rebuild – their branding/ design operations.

Below the big four come two other international groups, Havas and Grey. Havas is currently undertaking a divestment programme shedding ‘non core’ companies in the UK, Europe and the US. It is not acquiring. Grey is acquiring, although it has a one-brand (Grey) concept and to date has shown no interest in the design field.

Turning to the independent, listed, UK consolidators, Incepta is still addressing its debt issues. Only Huntsworth and Creston are actively buying, and have been through the recession. At the next level down there are a raft of Alternative Investment Market or Offex companies who will be active in M&A to build scale and justify their public company quote. These are likely to be paper-based deals.

Finally, coming from left field are the private equity houses, some of whom are interested in roll-ups, others in supporting management buy-outs as well as buy-ins, which we may see more of in the future. There are also non-traditional overseas buyers such as the Japanese and those from the US and Canada.

The most recent evidence of this was the sale of Michael Peters’ Identica Partnership to Cossette Communications, a quoted Canadian marketing communications group. We can expect to see more such deals from companies or groups overseas looking for a UK presence, often as a base for further expansion into Europe.

All these various buyers have one aim: to buy quality, growing companies that meet a strategic need. In the design industry there are many quality companies but many are ‘lifestyle’ companies providing an income for the owner-managers but not run with an eye to the eventual realisation of shareholder value. Which means they don’t really grow, the principals grow older and in the end the company becomes unsaleable.

Buyers don’t want to buy mature companies. They want to buy future growth – it’s what justifies the Price-Earnings multiple. This is actually good news for potential sellers, because it is not the past (which may have been a bit grizzly) which is being bought, it is the future earnings potential. The deal structure, invariably involving an earn-out, reflects this.

What is absolutely critical from the consultancy owner’s perspective, is that sellers should now be selling with a rising profit curve, which is ideal from both buyers’ and sellers’ perspectives.

As far as consultancy valuations go, it is unquestionably true that they have fallen from their peak – generally defined as the last quarter of the year 2000, when prices for design groups became exuberant. Good quality companies, where there is a mutually good strategic fit with the buyer, should now be worth in the range of five to seven times pre-tax profit.

Smaller, more niche companies, with less profits and perhaps some dependence on relatively few key clients and/ or staff, are probably looking at multiples of five or even marginally lower. The higher multiples would be considered for larger, stronger companies with genuine points of differentiation, blue chip clients and companies with strong management at both top and middle levels.

So all in all, it is reasonable to expect a gentle upturn in the design industry’s fortunes and in M&A activity. There are still plenty of well-run, larger operations that I would expect to see doing deals this year. Equally, I anticipate some mergers within the industry, particularly among the smaller to medium-sized companies as they seek to achieve a wider joint product offer and centralise ever-increasing overheads. Moreover, to achieve a joint size that makes them more attractive to a buyer than they might be individually.

Factors changing the climate of design

â€¢ Euro 2004 football, the Olympics, and the US presidential elections will all raise marketing communications expenditure

â€¢ Stock markets are regaining confidence and share prices are moving up. This helps M&A, as major buyers need higher share prices and P/E ratios to support their activity

â€¢ Design companies are addressing the real issues they face: the need for accountability and for work that provides genuine added value