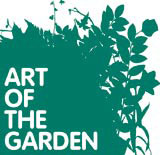 Tate Britain’s Art of the Garden exhibition, billed as the first show to cross-fertilise Britain’s painting and planting, opens in June and is designed by NB Studio, Muf and UNA London.

‘Muf is doing the exhibition design with Nick Bell of UNA London, who is working on the graphic element,’ says Tate design manager Jane Scherbaum, who adds that NB Studio has created the exhibition branding.

The NB Studio-designed marque, which is being launched across a press pack and press launch invitation, will be applied to merchandising, marketing material and on-site promotional graphics – and will ‘potentially’ be used on a website and on television, says Scherbaum.

According to NB Studio senior designer Nick Vincent, who is creative lead on the project, the green and white marque features an English hedgerow in silhouette, within which the exhibition’s name – rendered in the gallery’s Wolff Olins-designed typeface – sits.

This has been cropped to make it more ‘contemporary’ and to allow it to nestle in the corners of various materials, he explains.

Muf associate architect Cathy Hawley says the practice is still ‘establishing principles’ for how it will approach the exhibition design, but is ‘looking at using inscribed text and texture and a range of British earth colours, [including] flints and coals’.

Art of the Garden will coincide with the Royal Horticultural Society’s Bicentenary and The Year of Gardening and the exhibition will bring together works from the past 200 years by a selection of artists, including John Constable, Lucian Freud and Gary Hume.

NB Studio won the appointment in November on the back of its branding work for Tate Britain’s Days Like These exhibition last spring. Muf, which collaborated with Nick Bell on Tate Britain’s 2002 Gainsborough exhibition, was appointed last December.

A three-part BBC2 series, Art of the Garden, hosted by Diarmuid Gavin, is expected to be broadcast in conjunction with the exhibition.