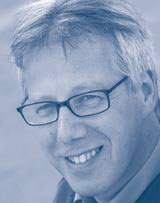 This summer the design industry passes a milestone it would prefer to forget. It is exactly 50 years since the term ‘planned obsolescence’ was coined by the American industrial designer Brook Stevens, during an address to a group of ad agency executives in Minneapolis in 1954.

Stevens briefly revelled in his new catchphrase as a sales pitch for design in industry. A showman from the pioneer era of the American design business, he was unapologetic about the ability to instil in the buyer ‘the desire to own something a little newer, a little better, a little sooner than is necessary’.

‘Planned obsolescence’ was destined to darken Stevens’ reputation and stick like mud to designers. A profession that from Augustus Pugin and William Morris to the Bauhaus had prided itself on a moral and ethical stance was tainted with the stench of consumer exploitation and environmental waste.

Last week, another compelling phrase joined the lexicon in the wake of the Butler Inquiry into Iraqi intelligence – ‘groupthink’. Well, the groupthink on planned obsolescence is that it was a bad idea whose time came and went quickly, but whose damage to the design profession has been long-lasting.

Even within Stevens’ short career, critics lined up to attack him, as a compelling new book by Glenn Adamson points out (Industrial Design Strength: How Brook Stevens Shaped Your World, MIT Press). Volkswagen contradicted him in one 1959 advertisement, which stated ‘we do not believe in planned obsolescence’. In the functional durability of that ugly little motor from Germany, there was a distinct shift of emphasis from the one-season-only Detroit dream machine.

Even Walter Dorwin Teague, one of the elder statesmen of American design and no shrinking commercial violet, recoiled from the notion. He argued for ‘legitimate, honest obsolescence’ to advance the market rather than the questionable tactics that produced such lame ducks as the Ford Edsel.

Later, a host of adversaries from Victor Papanek to Ralph Nader added their own voices, saying that there were few professions more dangerous than industrial design when it plans for obsolescence. Thanks to Stevens, the design profession has had a lot to live down. For all the subsequent commitment to Green design and social responsibility, it could be argued that it hasn’t done so yet.

Will we ever get over it? At a time when public mistrust of manipulation by big brand and media owners is at an all-time high, memories of 1954 are unwelcome. Nobody likes to be the pawn in someone else’s game and, in some quarters, designers will always be lumped in with estate agents and car salesmen as necessary, but suspect evils.

When design tries to cleanse its soul, this is usually followed by a pendulum swing to the farthest reaches of business excess. Craft-based introspection by the design business at the end of the 1970s was followed by the rise of ‘designer goods’ (the bastard children of planned obsolescence) in the 1980s. And the faint eco-stirrings of the recessionary early 1990s were swiftly overtaken by the rise of the global superbrand, entailing sophisticated production runs and elaborate consumer mind games.

But 50 years on, there are signs that designers are carving out a new reputation in the vanguard of planned sustainability. In the car industry, designers are picking up the baton on recycling, fault diagnostics and Green energy sources. From the smallest medical device to the largest town plan, sustainable solutions are high on the design agenda.

Stevens belonged to a particular political era that is now dead and gone. He was a Cold War warrior who saw a thriving US manufacturing scene as a bulwark against communism. It’s time designers came in from the cold – and we all moved on. Whether this view becomes established as groupthink is another matter.

House in talks with Aricot Vert