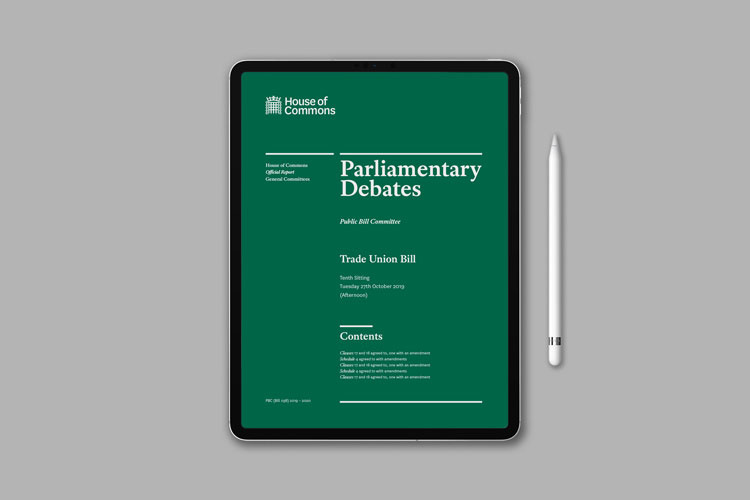 SomeOne, the London-based design studio, has rebranded the House of Commons (HoC) for the first time in 10 years.

“Clarity” was the driving factor behind the update, Simon Manchipp, SomeOne’s co-founder, says.

At a time of “unusually high level of scrutiny” for Parliament, it was necessary to have a design system that made its work “transparent” to the public, especially on digital platforms.

Manchipp says that a “digitally adept design system” was needed not just for the public but also for internal communications.

Over time, different teams had adopted their own approaches to brand, meaning that the overall identity of the House had become “complex and challenging”. 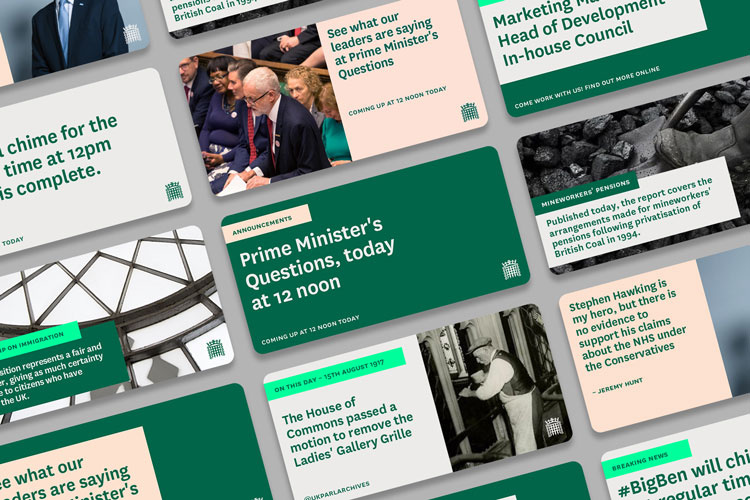 Another problem was its narrow focus. The previous visual identity was created in 2009 and “focused predominantly on traditional printed publications” without taking into account digital platforms, signage or commercial applications.

SomeOne developed a “holistic” design system, which staff can use to create content — from booklets to online documents — with a uniform aesthetic.

“We wanted to create an operating system that was instantly recognisable, from print to pixel,” Manchipp says. 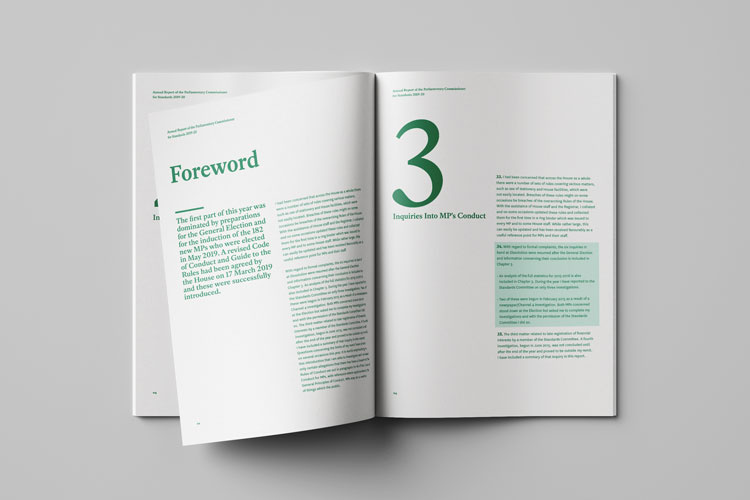 One feature is the ability to create infographics so that data can be easily “dramatised for the general public to understand”.

Manchipp says: “The HoC works on serious national issues, and deal with facts and figures that are of real interest — a design system that helps create clarity for the general public was needed.”

Though the system was geared towards digital updates, SomeOne also discovered that traditional methods of communication remain effective.

“Staff are inundated with emails and the House works so swiftly that sometimes the fastest way to send a message is by putting a poster on the wall of a highly frequented area,” Manchipp says.

The design system provides templates to create posters easily, so that staff can “concentrate on content rather than design elements”. 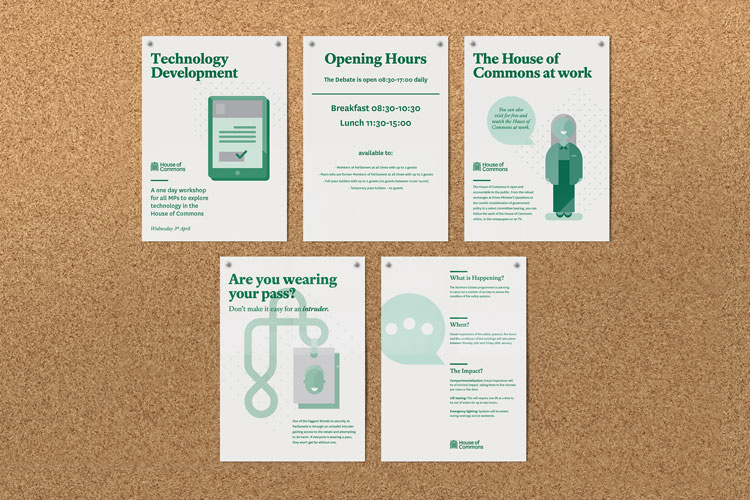 When it came to redesigning the visual identity, Manchipp says that a more flexible design was needed.

While these work well on a large scale and interiors — on the side of a buildings or on the back of chairs — they do not always translate to smaller digital platforms.

The smallest icon can be used for small-scale applications. It resembles the medium cut icon, which is simply designed and used on most applications because of its flexibility.

The largest icon is more “ornate” and can be used in “decorative contexts”, as a watermark in print or on branded items that are available in the shop at Parliament, for example.

This “master set of three” means that the “charm and heritage were not stripped away” from the original logo, Manchipp says.

A single font, National, was chosen for its legibility and ease of recognition. It is now used across all formats, as opposed to the mix of typefaces that was being used before.

The green colour that was used before has been retained but made “richer” through a higher contrast so that it works better online, according to Manchipp.

SomeOne also provided a colour palette, working from the updated green tone, in an effort to reinforce a cohesive appearance.