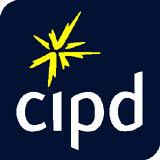 Europe’s largest human resources organisation, the Institute of Personnel and Development, is relaunching next Wednesday after a nine-month rebranding project by London design group The Team.

The decision to rebrand the organisation follows the award of chartered status to it earlier this year. The renamed Chartered Institute of Personnel and Development has 100 000 members – mostly in the UK and Ireland – and was formed six years ago.

CIPD director general Geoff Armstrong says: “Gaining chartered status has meant recognition at the highest level for the IPD and its members. It provides a unique platform for the CIPD to develop its key messages to the widest range of audiences.”

The Team, which won a four-way creative paid pitch for the work, also created the brand and identity guidelines for the project. The new corporate identity and branding will be rolled out across all literature, stationery and marketing materials.

“The new identity reflects the modern standing of the institute and the increasing involvement of its members,” explains The Team’s client leader Peter Mills.

“The institute’s four values and principles are professionalism, being current, having authority and approachability, with these reflected in the light and transparency theme of [chosen] photography,” adds Mills.