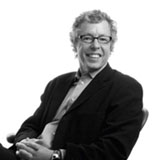 Ted Leonhardt thinks there is a lot to be learned about respecting the cultures of acquired creative groups. He puts his thoughts in an open letter to Sir Martin Sorrell and Rodney Fitch

I’m sorry to hear that Sue Nixon and Ray Ueno are moving on. They started at The Leonhardt Group ten years ago and have led the company, now Fitch, since my partner and I left in 2001.

They weathered the downturn and last year was their best yet. Maybe they decided to leave on an up note, or maybe they left because Fitch’s management doesn’t know how to use the significant talents of their Seattle office.

The lack of appreciation for the cultures and talents of acquired creative firms astonishes me. Corporations pay serious money for these businesses, then make decisions that send people running for the exits. Don’t they understand that the people are the assets they’ve just bought? Don’t they notice that these departures create competing firms down the street?

When we sold to Lighthouse in 1999, we thought we were taking our people to the stars. We had immediate connections to Fitch, Primo Angeli and others, and visions of a multidisciplinary firm of talented people working together as a powerhouse of design. But, within a year, our group was sold to Cordiant, where management was so inept that the dream dimmed and leadership and talent left in droves.

Cordiant was spun off from Saatchi & Saatchi in 1995 to create a global firm to compete with WPP and Omnicom. Its experience was in advertising, a corporate culture unlike that of design. It spent a ton of money to enter the business, but apparently didn’t read up on the cultural differences.

Fitch, PSD and BamberForsyth were hard-charging, successful London design groups. They had been fierce competitors for years. They weren’t happy to find themselves together under the Cordiant banner, but they were willing to make a go of it. Cordiant decided to combine the three companies to save on rent and overheads. Bad idea.

All of 150 people were moved out of their stylish offices into a drab building vacated by the collapse of Bates, Cordiant’s ad agency. Then Cordiant left it up to the three groups to sort out who should lead this new entity. The result: all the senior talent bolted for the door, followed by two-thirds of the staff.

In 2002, Cordiant, facing bankruptcy, sold to WPP. WPP selected Rodney Fitch, the original founder, to become chief executive officer of Fitch Worldwide. Smart move. In 2003, Rodney rolled out his vision for the company – retail design and branding, targeting consumers. Not surprising, as Rodney pretty much invented modern retail design in the 1960s and built Fitch around it.

Back at Fitch in Seattle, Sue and Ray have been busy and profitable. Their successful offer is business-to-business branding and annual report design. When Rodney visited in 2003, the word was ‘he doesn’t get what we do here’. In 2005, Seattle was told to take down their website, as it didn’t support the retail vision. Life at Fitch Seattle got harder.

Perhaps the retail focus is right for Fitch on the global stage, but Rodney’s original dream was of a design group with serious talent in all the professional design disciplines – a dream he acted on in the 1980s with the purchase of the product design firm RichardsonSmith. But, it looks like he has come back to his roots in retail. Recent purchases of two-strong retail practices RPA and WalkerGroup support that notion.

Sue and Ray will go on to other careers. Fitch Seattle will adapt. The scandal of wasted investment dollars will eventually fade away, but the talented people who left won’t. They will regroup and become the competition. At last count, the exodus from Fitch Worldwide has resulted in the formation of seven companies, which employ more than 200 people and produce in excess of $35m (£19.2m) in annual revenue. Seems like that might have been worth holding on to.

Maybe I’m just nursing my broken dream of being part of something big and visionary, but, as chief creative officer of Fitch Worldwide in 2001, I saw the unnecessary, wasteful, heartbreaking destruction of companies that had dreamed the same dream, and whose energy and talent were ignored, misunderstood and lost by a corporation that could not see the trees for the forest. There must be a better way.

Ted@tedleonhardt.com is co-founder of The Leonhardt Group and former chief creative officer of Fitch Worldwide

• Leonhardt became Fitch Worldwide chief creative officer/global in 2001. He had creative responsibility for 570 employees in 25 offices around the world

• In 2003, Leonhardt became president of brand packaging consultancy Anthem Worldwide until the end of 2005

• The Leonhardts are now consulting in the US and UK