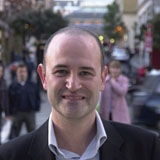 The Conservative Party has embarked on a branding process, but its significance was played down by chairman Francis Maude, who described it as ‘one of those superficial things’. How important could a political party’s branding be to its success?

Political parties are brands in their purest form – a clear vision, purpose and values designed to portray a clear differentiation from alternatives. There is no product or service and, for most, no experience, and yet people will literally fight for their beliefs. Francis Maude is talking about a logo which, if based upon the above, is a powerful symbol around which all followers will rally. Hardly superficial.

The Conservatives need to escape from their uncaring image, and their logo and brand reeks of staid, uncaring values. Blue is cold and formal. Their rather 1930s Mussolini-marches-to-Rome-style torch seems to brandish a messianic dream of market purity to which we are all to be bound. They need to lose this. Clearly, rebranding has to be underpinned by real changes in values or it won’t resonate. But the Tories have a lot to gain by freshening up their image, to reinforce what they must hope are real changes.

A brand is what you stand for. It is what you do and how. A political party without a clear understanding of its brand could not write manifestos, create policies or engage the electorate consistently. It is not a superficial exercise.

The Conservative Party was one of the great brand management failures of the 20th century. It won the political and ideological battles, but at the expense of its reputation. David Cameron is following the 1990s New Labour reinvention process. Leaders and personalities are the key to political brands today. A new visual identity helps the culture change that is required. 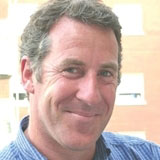 Dismissing political rebranding as ‘one of those things’ is foolish – not least because it begs the question ‘why bother?’. Getting party branding right is essential – and it’s not just about revamping the logo. The Conservatives need to ensure that their brand identity is followed through.

Lack of diversity in design