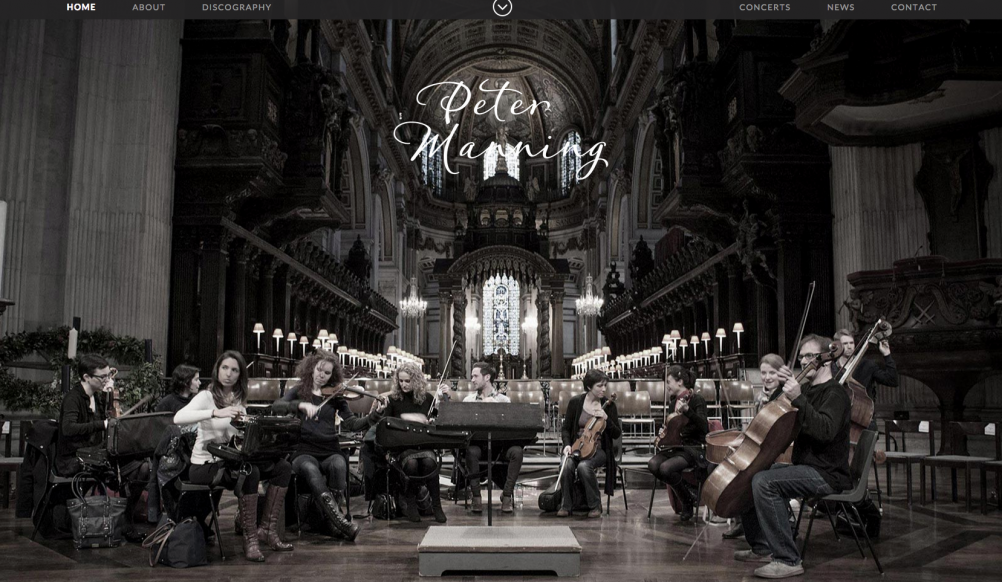 Cog Design has designed a website for Royal Opera House conductor Peter Manning, with the aim of bringing a “modern quality” to the “traditional world of classical music websites”, the consultancy says.

Manning is concertmaster at ROH, as well as an artistic director at the company, and has just been appointed guest conductor at the Dallas Opera, based in Texas, U.S.

The consultancy were briefed with creating a website and visual identity that would showcase Manning’s work “elegantly” and “distinctively”, but would also “open it up to new audiences” in the U.S. 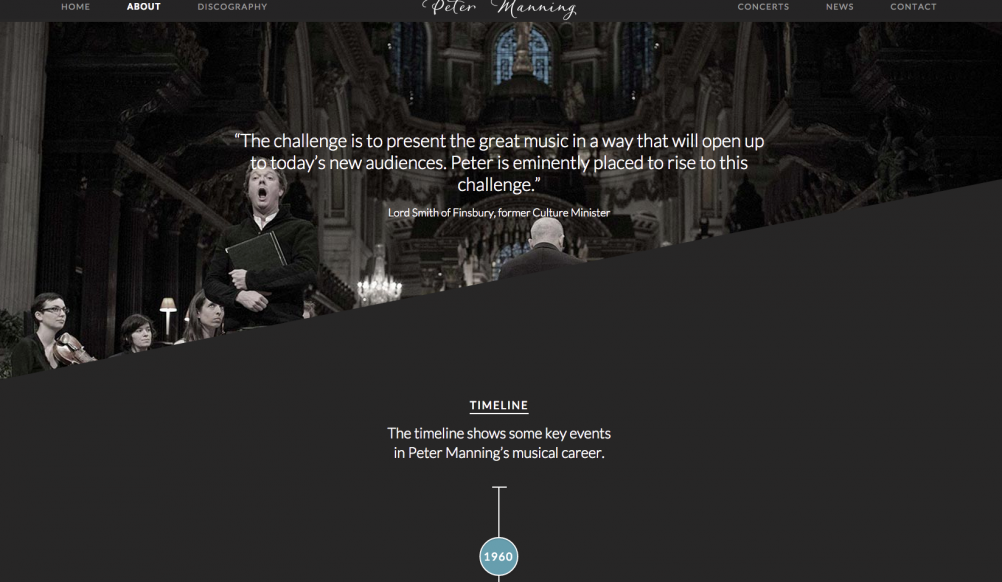 Cog Design created a hand-written style visual marque for the conductor, alongside an interactive timeline illustrating his career and a “simple” navigation menu at the top of the page. 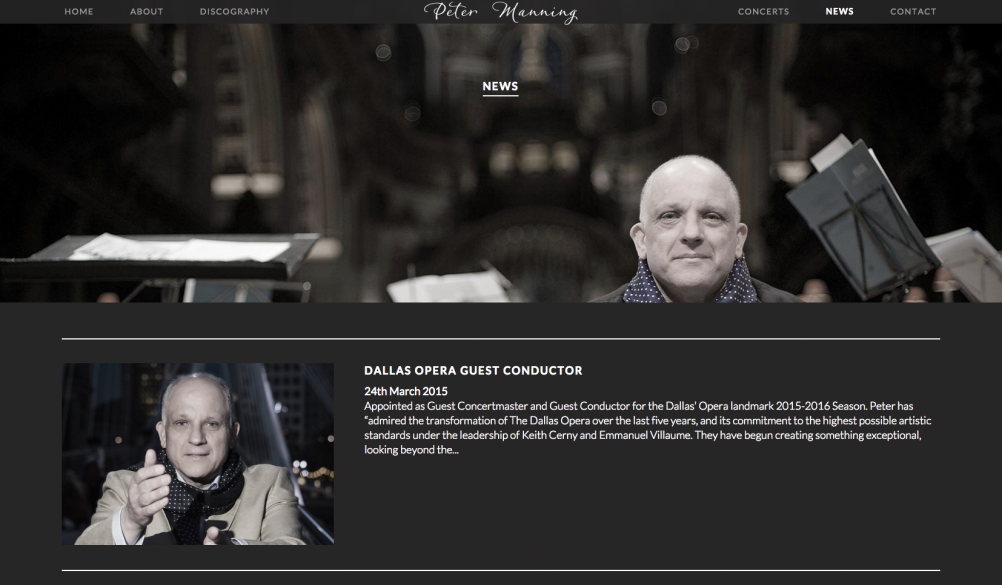 The website is fully responsive and built on WordPress. It also includes events and news, YouTube video content, sound clips of recordings and links to purchase albums.

Cog Design says: “We worked directly with Peter to establish an individual aesthetic that brought a modern quality, while using full screen, colour-treated photos across the site to set a consistent tone of voice.” 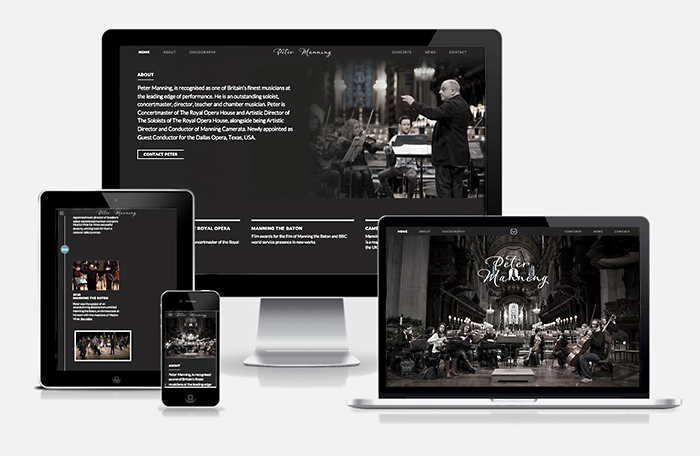 Q&A: What The Telegraph’s creative director has to say about the paper’s redesign