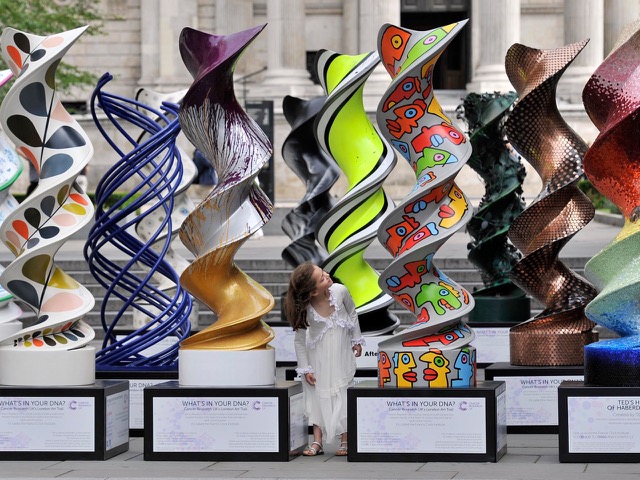 A trail of DNA-shaped sculptures is being scattered across London to raise awareness and money for a new Cancer Research UK research centre.

Consultancy SomeOne has 3D-designed the shape of the 21 sculptures, which replicates a DNA double helix. 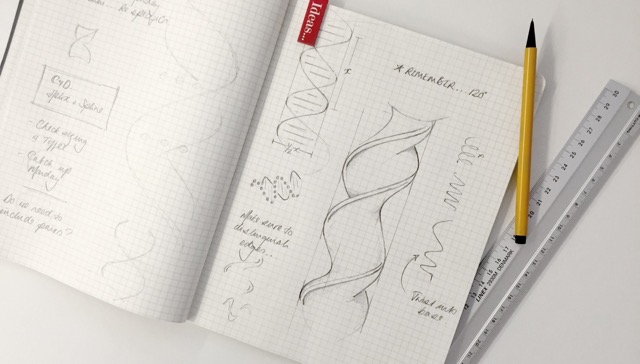 The consultancy then commissioned artists to create unique 2D designs for each of the sculptures, based on an answer to the question “What’s in your DNA?”

“We were briefed by scientists who helped explain the complexities and subtleties of the DNA structure,” says Max Longstaff, lead designer at SomeOne. “We translated the incredible, natural designs of strands of DNA into a series of rapid prototype 3D prints, ranging from the more literal to the lateral.”

The molecular construction of the DNA strands has been smoothed to provide larger surface areas for the artists to create their interpretations, says SomeOne executive creative director Simon Manchipp. 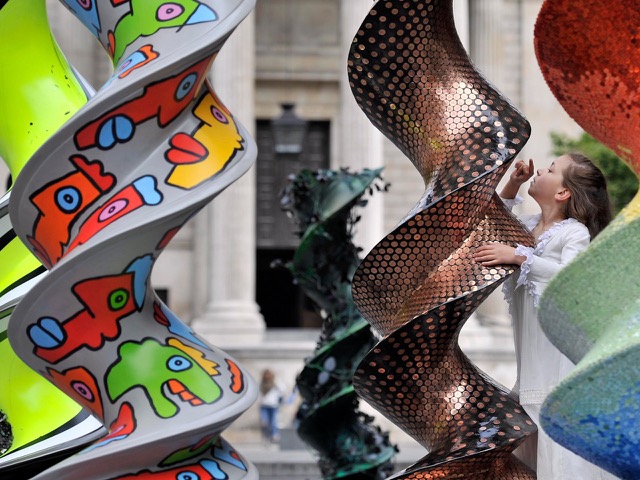 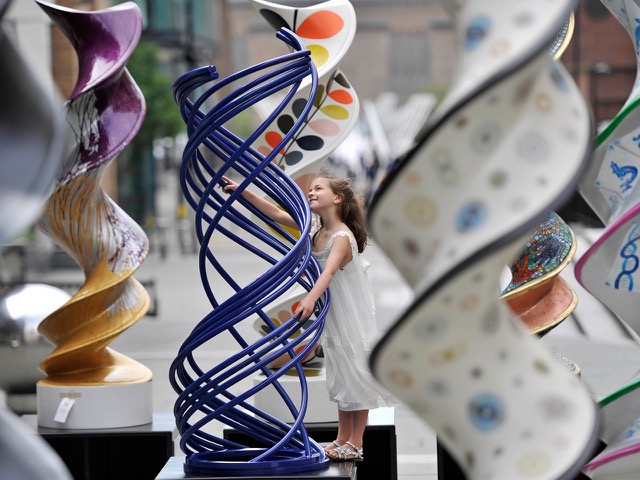 The installation trail will be live for 10 weeks, before being auctioned in September at Christie’s Auctions and Private Sales, with the aim of funding new biomedical research and innovation centre, the Francis Crick Institute.

The charity has pledged to raise £100million to install the building, which is named after the scientist who discovered the DNA double helix in 1953 alongside fellow scientist James Watson.

The centre will work to tackle major diseases and is set to open in 2016.