The current Ettore Sottsass exhibition at the Design Museum reminds me how much the designer is revered in Italy. And curiously, how this master, now in his 90th year, is still considered a forward-thinking visionary.

This shouldn’t surprise us. Italy is, after all, the country with the lowest birth rate in Europe and the largest percentage of inhabitants aged over 60.

In Italy, men don’t leave home and start a family until their early thirties, when they obtain a secure job. Power, knowledge, wealth and status are considered too scarce to be shared with the younger set.

Look at the new crop of Italian designers and it’s hard to find someone under 40. Compare that with the annual deluge of Royal College of Art-trained wunderkinds in the UK, fêted before they produce work that establishes them in the world. Clearly it’s culture, not ability, that defines the difference between the two countries.

In the UK, we are used to the ‘flavour of the month’. We rate innovation and creativity, and have a hearty disrespect for good work if it’s old. Faddishness is valued over quality. Fast consumption is preferred to slow appreciation.

The problem is that success too early in the career of designers is almost a guarantee of their eventual downfall. Without a proper infrastructure to support them, their work may never have the chance to evolve. They can end up on the ropes at 40, replaced by younger talent. It doesn’t help that British manufacturing seems to lack the weight to sustain our wealth of design talent.

Is Italy doing any better? Probably not, since the more prolific Italian manufacturing employs only a select crop of designers. And these – the likes of Antonio Citterio and Matteo Thun – are certainly not spring chickens. But all are very talented. Most have a degree in architecture, as no great design courses exist in Italy, and this is often followed by an apprenticeship or collaboration with a doyen of Italian design.

A fundamental trait of Italian family culture, which may explain the slow generational turnover, lies in the respect for elders. This is true in the arts, in politics and in design, and it is a continuation of a Renaissance tradition. The artist’s studio – la bottega – was always a place where apprentices would learn skills to such a level that it was often hard to distinguish between the painter’s hand and that of his acolytes. It was both the physical place where the art was produced and the look and feel of the particular artist who headed it. Disciples would then move on to greater things and establish their own reputation.

A visit to the late Achille Castiglioni’s studio in Milan is a case in point. It represents the essence of Italian design. Step inside this smallish studio and you enter an Aladdin’s cave. Meticulously preserved by his widow, it is a feast for the eye. Early prototypes of his most celebrated designs, cabinets stacked with objets trouvés he used for inspiration, well-thumbed copies of Domus magazine, postcards from architects and designer friends and bespoke filing systems of his architectural projects.

The studio holds the bottega ‘essence’ and displays Castiglioni’s curiosity. It’s one of those hidden gems you can still find in Milan and a place that every furniture fanatic should visit.

Any Italian designer worth his salt will be a willing heir to his country’s heritage. The past is a rich resource and nowhere are octogenarians more celebrated than in Italy. Perhaps it’s time to slow down, take some time and look back in awe. 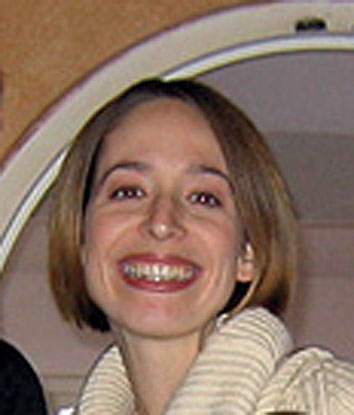