Jones Knowles Ritchie (JKR) has revealed the branding for Betr, an over-the-counter medicine provider that delivers drugs to consumers’ doors.

Betr is a newcomer to the over-the-counter market, but aims to be “socially conscious” in its mission, according to JKR.

Driven by the fact one in four Americans cannot afford their prescription medications and thus $10 billion (£7.2 billion) worth of “perfectly good” unused meds are sent to medical waste each year, the company operates a donation model that sees them donate 4% of the net revenue to facilitate the distribution of prescription medication to underserved communities.

The visual identity is “ruthlessly simple”, according to the design consultancy, in an attempt to differentiate the brand from others in the typically clinical category. 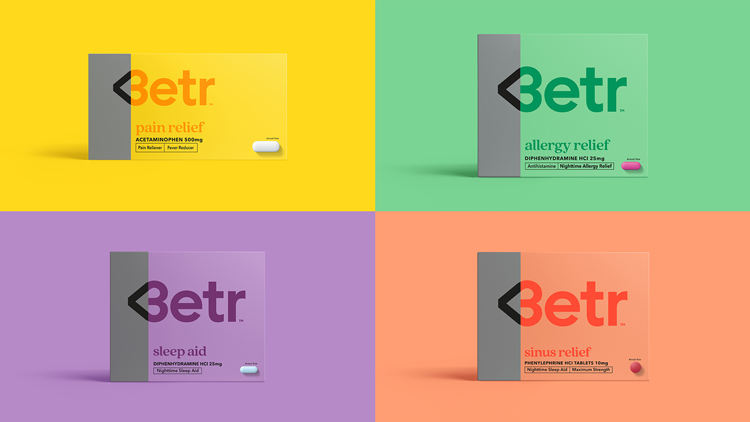 Betr is the brainchild of Livio Bisterzo, the CEO of parent company Green Park Brands, and Jen Hoffman. JKR has worked with Green Park in the past, with Betr being the fifth brand of the partnership.

The brief, according to the studio, was to help Green Park “deliver on its vision to create a brand that genuinely improved the consumer experience with every interaction”. The branding and visual identity of other medicine companies in the same market as Betr therefore helped JKR establish where the brand needed to be different.

“The category in general is cold, cluttered and often confusing so we created a brand that is human, easy to shop and challenges established codes,” says Stephen McDavid, creative director at JKR.

He adds that this has been achieved through a suite of “uncomplicated” assets like the new Betr monogram and illustrations. These help the brand to “cut through the noise”, McDavid says, while feeling “efficacious and trustworthy”.

The Betr wordmark sits at the front of communications for the brand, and is comprised of a bold sans serif typeface and heart icon built into the ‘B’.

Throughout the identity, it appears in the different bright colours of the Betr palette, including yellow, pink, purple and orange.

On pack, the sans serif logo lockup is paired with a serif type that denotes the type of medication inside.

Currently the brand is focusing its attentions on pain and allergy meds, but the brand has been built in a way by JKR to ensure it can be “scalable” in the future with more medication added to its offering.

As well as the logo and colour palette, the team also sought to mark out Betr with a suite of illustrations in a “naïve” style, McDavid says.

“[We] felt illustration was a great balance between the aim to bring warmth and heart to the category, and the need to make Betr extremely distinctive,” continues the studio.

The illustrations, which continue the bright colouring of the branding, are used to explain different elements of the brand – from its product offering, to its delivery methods and donation model.

Establishing a brand that goes against the “established codes consumers are used to” was a challenge, the studio says. “[We had] to create a brand different enough to cut through the noise, whilst retaining the trust and efficacy that consumers deserve and expect in a healthcare brand.” 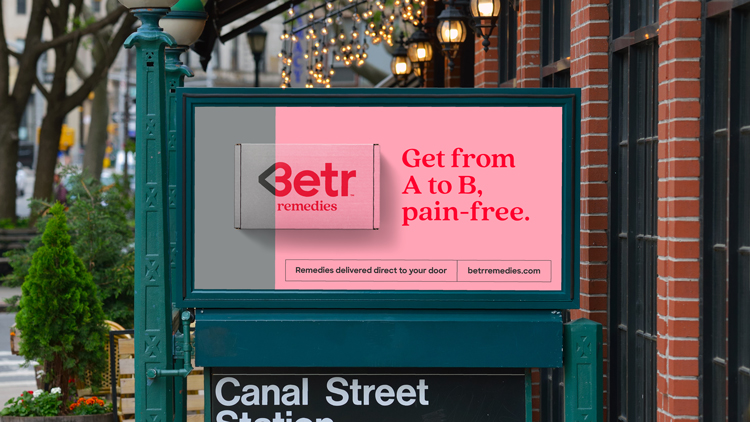 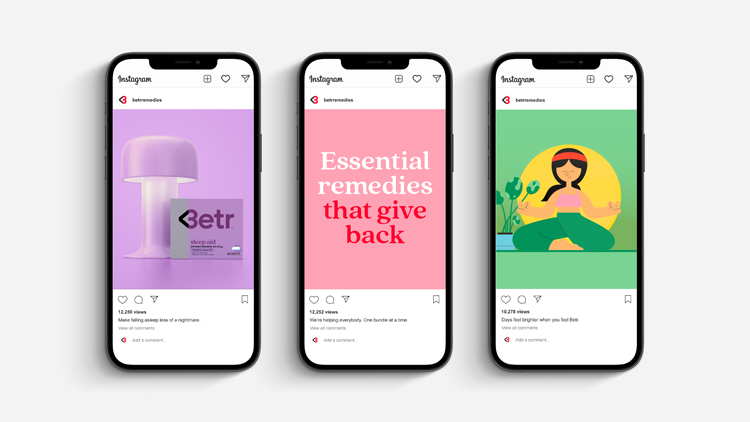