Sports Direct has revealed a rebrand in the attempt to unify the retailer’s identity and keep up with trends in the sports industry.

The work – which includes a new logo, name change and in-store details – has been carried out by London-based brand consultancy Venturethree.

Sports Direct has not been without controversies in the past, mostly thanks to its founder Mike Ashley. In the early stages of last year’s lockdown, Ashley received criticism for trying to keep Sports Directs stores open (though this decision was reversed).

Issues predated the pandemic, however. Sports Direct International (the retailer group that owns the store) even rebranded as Frasers Group at the end of 2019.

“Elevate the importance of customer experience”

Venturethree strategy director Tim Jones says that the rebrand was prompted by developments in the brands sold at Sports Direct stores.

Flagship labels like Nike and Adidas have started to “elevate the importance of customer experience”, he says, and Sports Direct was behind in this respect.

One of the most significant changes to the identity is dropping ‘.com’ from the brand’s name. “It’s 2021 now,” Jones says of the name update. 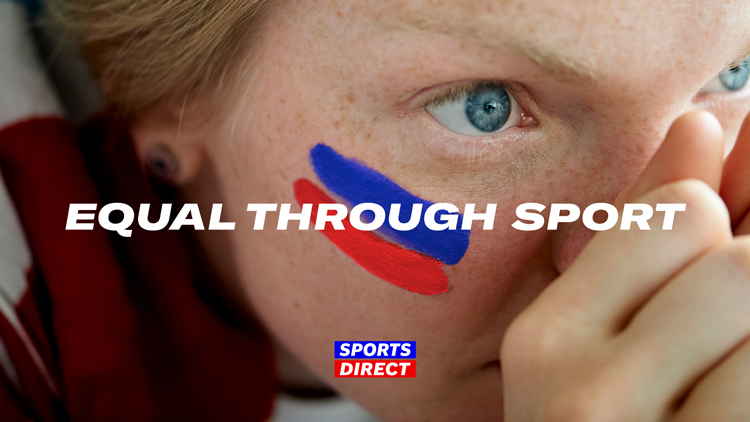 The new strategy puts an emphasis on accessibility and inclusivity, according to Jones. “They help people access the best sports kit in the world,” he adds. “Possibly for millions people, it’s where their first pair of football boots, shin pads, rugby kit or golf club came from.”

The updated logo emerged from this strategy, by placing emphasis on the equal signs, Jones says. The symbol represents equality and can be used flexibly throughout the identity, including in new campaign materials. 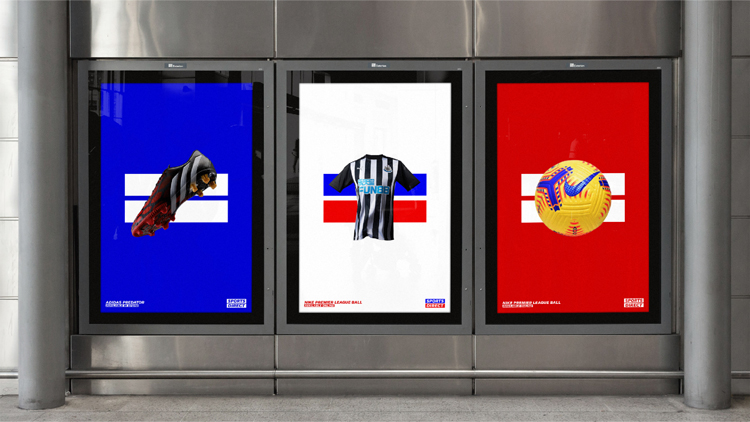 Venturethree creative director Graham Jones explains that the new symbol – known as ‘the equaliser’ – “stands for something very powerful” and reflects the company’s new values.

Jones adds that the new identity had to “work well across retail signage”, in particular for animations on in-store screens and on social media channels.

The red and blue colour palette has been retained but is now “more vibrant”, says Jones. This pairing is “synonymous with sport around the world”, he adds. 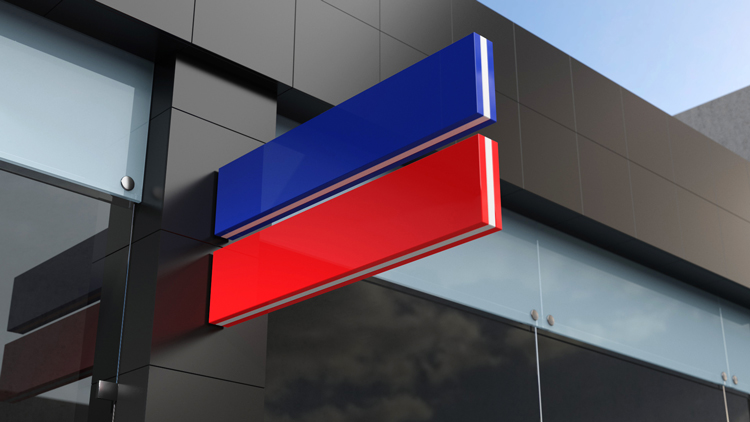 Jones points out that the new identity had to work alongside an array of sports brands, which often have recognisable logos such as Nike’s ‘swoosh’ and Adidas’ three stripes. The retailer’s new logo can be used in a lock-up with these other symbols.

Sports Direct previously had a range of typefaces in use across its various channels, and the new identity aims to tidy these up.

Jones says that only one typeface was chosen for the new look – GT America – which combines “the history of high impact, page-filling, sporty American gothics with functional and accessible European Neo-Grotesques”.

New campaign photography has been created in collaboration with Phil Haynes. This will aim to represent people of all ages, races, genders, abilities and disabilities, according to the consultancy. Venturethree has also implemented new tone of voice for retail and marketing.

What do you think of Sports Direct’s rebrand? Let us know in the comments below.