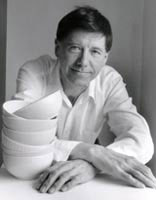 Martin Hunt, Queensberry Hunt partner, is to be Master of the Faculty of Royal Designers for Industry at the Royal Society of Arts for the next two years.

A further ten designers have been appointed to the RSA’s Faculty of Royal Designers for Industry, the society’s highest design honour.

Domus creative director Esterson is best known for his editorial design work and Kirk is renowned for his engine design for Rolls Royce. Cooper has created title sequences for films including Seven and Donnie Brasco and Magnussen designs furniture, ceramics, glassware and interiors.

RDI awards are lifetime appointments and only 100 designers hold the distinction at any one time.

Hunt replaces theatre designer Timothy O’Brien as Master. Hunt was chosen by a committee of past Masters.