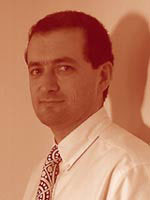 Designland has changed quite a bit recently. The continuing run of network mergers and acquisitions has seen all but a few major groups in the design and branding camp snapped up.

Last month’s fraught and much discussed deal between WPP Group and Tempus Group (parent of BrownKSDP and Added Value) seems to have brought to an end a shopping spree that has absorbed The Partners, Wolff Olins, Ion Global UK (formerly Revolution) and MetaDesign London, to name but a few. But this is not the end of the story, for some of them are already reassessing their new relationships.

Following its recent acquisition, Nucleus announced last week that it is in the throes of a management buyout to extricate itself from its new Swedish owner – e-business group Adera. Like The Fourth Room found with US Interactive, such arrangements with e-business groups clearly no longer add much value.

Adera has already moved the goal posts a few yards by reverting to its original structure that splits up the marketing communications and IT disciplines. After the series of recent deals that has left Nucleus as its only remaining European affiliate, this MBO is hardly surprising, particularly when Matthews has described Nucleus as ‘a [consultancy] wedded to a combination of skills’.

Nucleus may not be the last. The cynics will perhaps be watching the likes of Ion Global UK to see if its Chinese ownership sees other goal posts shifted too.

Being bracketed as a digital media player is no longer quite so desirable either. Take last week’s re-alignment of the recently merged EHSrealtime and direct marketing giant Brann.

The decision to drop Real Time from the new name EHS Brann speaks for itself. It’s interesting that EHSrealtime managing director Louise Wall is ‘reducing her work commitments’ as well.

For other chief executives who, like Matthews and The Fourth Room’s Piers Schmidt, have succeeded in negotiating their consultancies back out of ownership, there is likely to be one nagging question in the back of the mind when the marriage is over: whether to seek out a new partner group with better features, or, to resist the rebound and go it alone.

In the current short-term market, with consultancy valuations having fallen and a general pause in M&A activity, there might be no alternative anyway. Independence might be as much enforced as it is chosen. But plans can be hatched nevertheless.

Schmidt has already questioned the need for having to belong to a network just to level the playing field, in these very pages. Matthews too is sympathetic.

‘The big guys are always trying to make the playing field less than level. So you have to be better, sharper, different,’ Matthews says. Not surprisingly, FutureBrand chief executive Charles Trevail is among those who disagree (Letters, DW 22 November).

‘There is a lot to be gained from creating networks of teams with complementary skills, but the trouble is that most consultancies are not very good at working with each other,’ Matthews continues, though he does not include Nucleus in this category.

These sticking points are backed up in a study on the ‘pre-bust’ UK new media industry, which was published last month. (Takeapart – Partnerships in Digital Media, published by New Media Knowledge and The Other Media). While there is strong consensus among industry interviewees about the benefits that collaborations would help to bring about, there was little sign about how these tie-ups might happen.

Two problems were identified by the research. They are ‘lack of trust’ and ‘communications problems’. The very same issues stand in the way of many a joint venture across the broader marketing services sector.

Matthews has resorted to what he refers to as a ‘history of radical evolution’ – from print to digital media and e-business, and now apparently to ‘total brand experience’. He is understandably reluctant to think beyond the imminent shareholder meeting on 4 December, but explains that ‘the brand has always been in the centre of things’ anyway.

The self-financed management buyout, if it goes through unhindered, marks the beginning of a new era for the group. ‘For us it’s a big step,’ he says. ‘The fit and synergies that we had hoped for were not being realised in these market conditions. Combining strategy, technology and creativity has proved itself to be an important combination, if you can manage it, but the problem has been that few people have,’ he explains.

It’s nose to the grindstone time now, and Matthews is tight-lipped, but further down the line others in the industry aren’t putting money on Matthews courting the marketing networks for support.

‘We are in the fortunate position where we can be self-financing. But in a tight market we don’t have any bold growth plans,’ he explains, particularly after recent staff casualties. ‘Our plan at the moment is to stick to the knitting and develop our proposition. When the market bounces back we want to be leading that wave,’ he says optimistically.