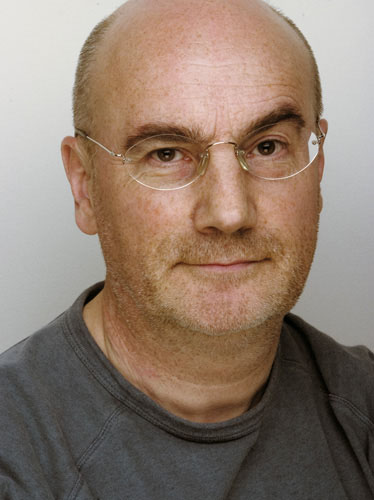 The term ‘integrated’ has been kicking around in design circles for a while now. D&AD has had an integrated category since 2004. It defines integrated communication as a ‘solution in which a strategic idea will have been applied seamlessly and adapted to a range of appropriate media channels’.

The term used to have a futuristic ring to it, but today it’s the norm. We live and work in the age of integrated communications, and for creative people it’s now routine to be briefed to produce work that will appear on different media platforms, or to be asked to produce work that will be adapted by others for use in different media. But does this mean the end of specialists and the erosion of craft skills? Will the designer of the future have to be a Jack or Jacqueline of all trades?

Even the high-gloss world of TV commercials is feeling the effect of the new integrated culture. I recently had a conversation with Julian Gibbs, a former colleague and business partner, and a successful director of TV ads. Gibbs and I worked together for a number of years, and in the 1990s we were early exponents of the integrated approach to communications. In truth, back then we only occasionally got to work on projects that united our print and moving image capabilities.

Gibbs described a recent project that illustrates how the ground rules have changed. He was hired by an ad agency to direct a commercial featuring a Premiership footballer. The sleek, pouting zillionaire, complete with working metatarsals, was available for one day only, and yet Gibbs had to share him with an Internet film unit, a local radio interview crew, a stills photographer shooting PR shots and a second photographer sent by a book publisher.

In the past, everything would have been subservient to the commercial, but not any more. As a forward-thinking director, Gibbs is aware of the changes that are taking place in advertising and communications, and he embraces the notion of brand owners using a variety of media platforms. Yet emotionally – and professionally – he is wedded to the belief that TV commercials must maintain the highest aesthetic and technical standards, and he is worried that what he calls the ‘hand-held coup d’état’ of YouTube, and the lemming-like rush towards integrated communications, will erode standards.

This is undoubtedly a problem, but the integrated age offers even greater challenges. Writing in The Guardian, media watcher Jeff Jarvis notes that, ‘As the media becomes more dependent on advertising, so advertising becomes less dependent on the media.’

Jarvis goes on to say that with the rise of blogging and the ability of brand owners (he cites the example of Dell) to speak directly to customers via the Internet, it is now possible for clients to have a direct relationship with customers in ways that don’t require input from traditional creative sources.

In Jarvis’s view, ad spend will drop as advertisers ‘break their media habit by doing what they should have been doing all along – building collaborative relationships with their customers’.

What does this mean for creative professionals with finely honed specialist skills in print and broadcast media? Does this spell the end of craft and specialisation, or is it the beginning of a new, fluid era of cross-media versatility? One thing’s for sure: we won’t have to wait long to find out.