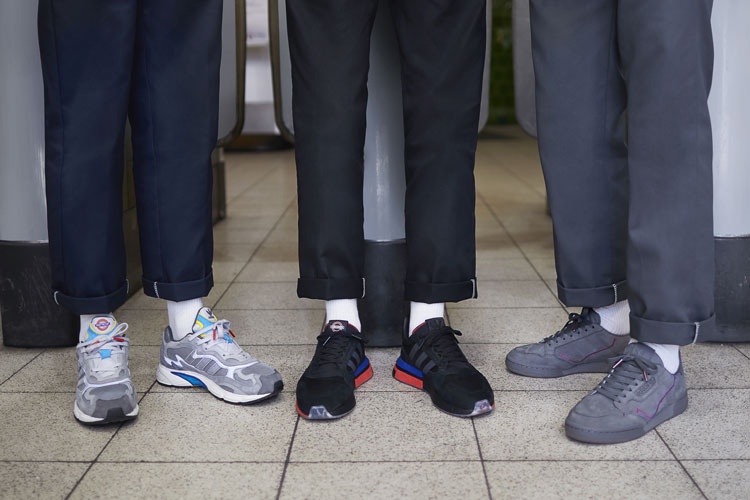 Transport for London and Adidas Originals have teamed up to unveil three new trainer designs for the 15th anniversary of the Oyster card.

Each pair of shoes, which retail at £80, come with a free limited-edition Oyster card topped up with £80 and a bespoke leather card holder branded with both the Adidas and TfL logos.

The trainer designs each aim to tell a different story from TfL’s history against the backdrop of three Adidas silhouettes: Temper Run, Continental 80 and ZX 500RM.

The Temper Run shoe pays homage to the Oyster card, which was introduced 15 years ago, and is recognised as one of the leaders globally in pay as you go travel. The grey shoe has bright blue and yellow elements on the tongue, drawing on Oyster card and reader colours and the famous TfL roundel with the words “Mind the Gap” on the tongue.

The ZX 500 RM celebrate the secret stories of the Underground, with the TfL roundel on the right tongue featuring the words “Hidden London”, in reference to the London Transport Museum’s programme of tours of disused stations.

The shoes follow the London underground colour scheme with red and blue lines around the base on a black background. The trainers are “inspired by vintage advertising posters found in abandoned train stations” according to Adidas Originals.

The grey and purple Continental 80 is a tribute to the world’s first underground line, which has since become the Metropolitan line. The original line, which ran from Paddington to Farringdon Street, is referenced on the shoe with an embroidered purple line on its side in a similar shape to the original line on the map. The metal lace tips also match the line’s colour.

The 1500 trainers, known as the “Oyster Club pack”, each come with a specially designed Oyster card which has been branded by Adidas.

The packaging designs for the three different pairs of trainers can be combined to form a complete picture of a vintage Underground poster – the likes of which inspired the Oyster card designs, according to Adidas.

TfL and its forebear London Transport has a rich design history, which includes the Johnston typeface commissioned to Edward Johnston by Frank Pick in 1913. Other famous elements include the tube map designed by Harry Beck, which was published in 1933, as well as famous moquette fabrics and unique architectural details found across London’s Transport System.

It has also released a wide range of branded products in the past including a furniture range, which used moquette fabric used from seats on tubes and buses.

TfL is no stranger to collaboration, with past examples including working with Fender to create a guitar featuring Beck’s tube map design.

The collaboration with Adidas Originals is not TfL’s first foray into footwear – it worked with Nike in 2016 to mark the 100th anniversary of the Johnston typeface by creating shoes covered in writing in the typeface. 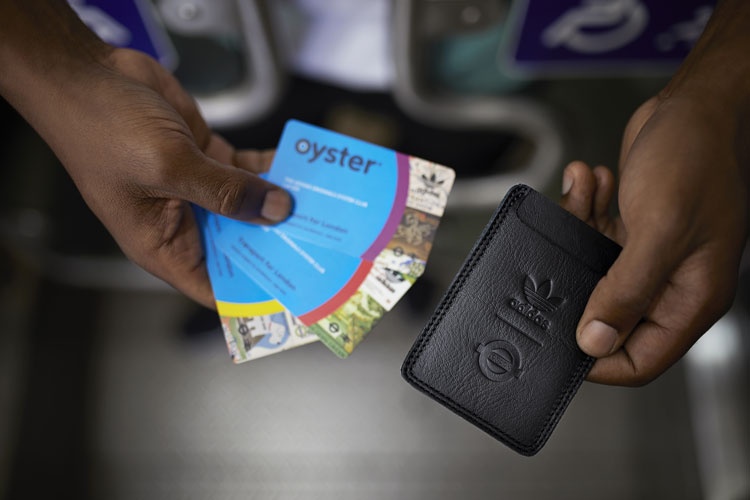 Commenting on the partnership, Gavin Thomson, SVP Region West Europe at Adidas says they aim to “celebrate the world’s most famous transport system and London through our designs”.
He adds: “True to adidas’ Originals principles, the collaboration takes its inspiration from the past, present and future to celebrate the heritage and unity of London’s creators.”

Graeme Craig, director of commercial development at TfL said: “The Tube, its roundel and the Oyster card are all iconic symbols of London and this partnership shows how two world-renowned brands can work together to produce something truly original.

1500 pairs of the trainers have been released. They are available to buy from the Originals stores in London at Fouberts Place and Hanbury Street, as well as select retailers, with an RRP of £80. 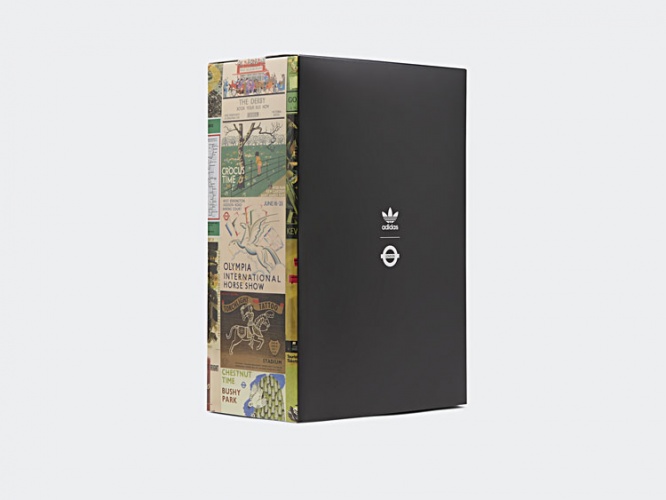