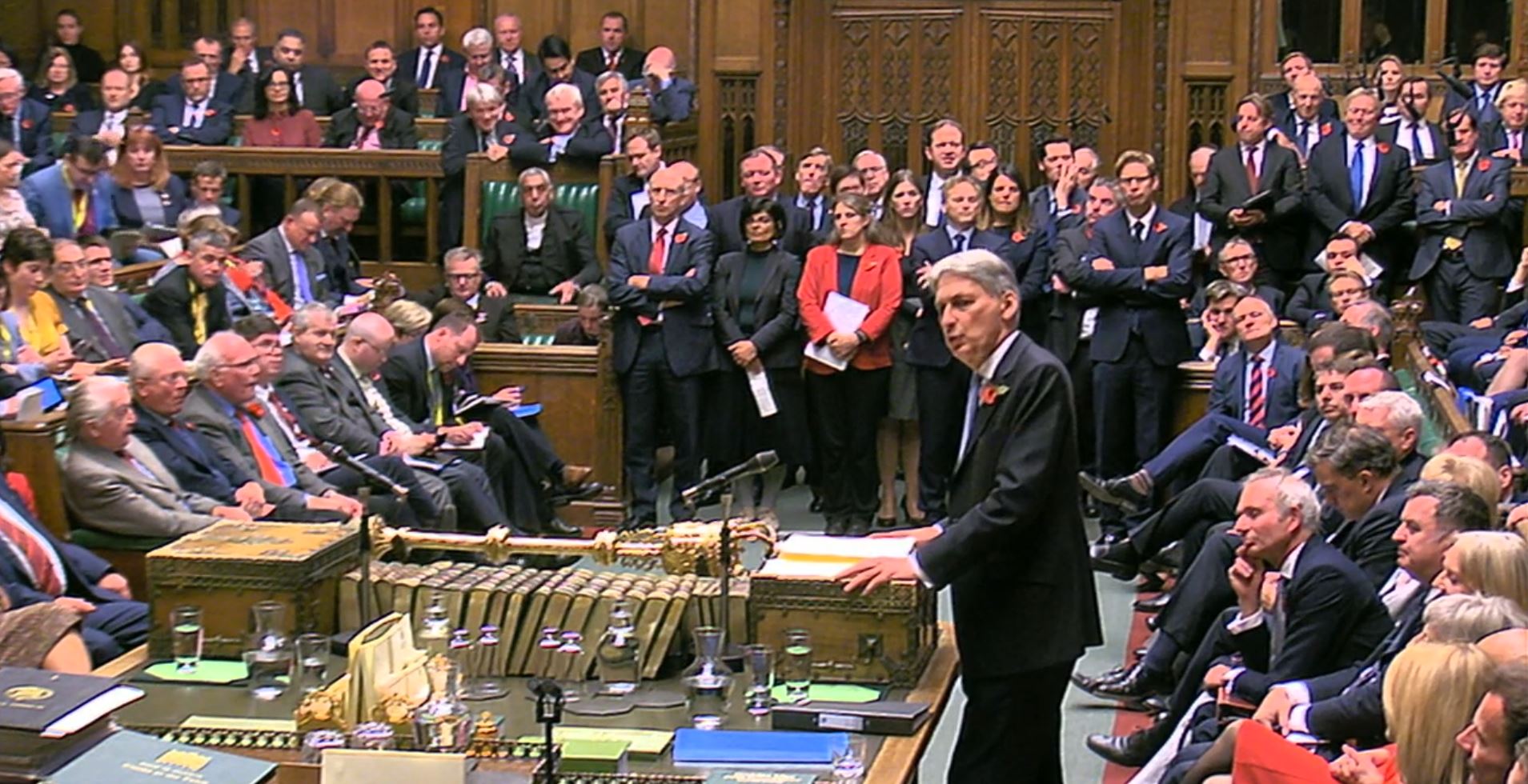 As the dust settled on Chancellor Philip Hammond’s Budget speech, his promise that “the era of austerity is finally coming to an end” has come under scrutiny, not least because this is the last Budget to be delivered before Brexit on 29 March 2019.

We still don’t know what the post-Brexit deal will be – or if there will be a deal at all – which makes some of the details of this budget speculative at best. Indeed many of the plans and forecasts set out this week could be readjusted in next year’s Spring Budget, which may end up being a “full fiscal event” as Hammond called it, or an “emergency budget” as other observers are calling it, if a deal isn’t reached.

This is the view of Creative Industries Federation chief executive Alan Bishop, who says: “It is vital that creative enterprises and entrepreneurs receive assurances that they will be fully supported if this is the case.”

No recognition of creative industries

Yet again the Budget statement failed to explicitly recognise the value of the creative industries and how they can be supported, despite research from successive Tory Governments showing the creative sector to be a rapidly growing part of the economy, which increasingly employs more people.

The Gross Value Added (GVA) figures – the value of goods and services – for the UK creative economy are staggering. The Government puts the creative sector economy at £92bn in these terms.

As we know, there’s a disconnect between this hefty economic contribution and the lack of investment in tomorrow’s designers, who are being let down by a Government which backs Science, Technology, Engineering and Maths (STEM) over arts subjects from GCSE to university level.

Design Council chief executive Sarah Weir says: “The Industrial Strategy and recent sector deals including aerospace and construction all have design at their heart.

“This shows that the Government clearly understands both the importance and value of design. Yet when Budgets come around, design is too often side-lined.

“There is little doubt that the coming months and years will involve major change and for this to truly be a success we need to have design at the heart of the economy, not just in parts of it.

“If the Chancellor is to ‘meet the needs of a new age’ investing in design, across the economy, is a key part of the solution.”

A cluster of measures, which are designed for small businesses in general will benefit design businesses. The one grabbing the headlines is the £900m which has been set aside for business relief.

This comes alongside a £650 million fund for local councils to prop up the highstreet by improving town centres and giving retailers time to adjust to the increasing customer shift towards online shopping. Specifically retailers occupying shops with rateable values (business rates linked to value) under £51,000, will receive a one-third cut in business rates from April 2019 onwards.

Entrepreneurs relief reduces the amount of capital gains tax businesses need to pay when they sell a business or shares in a personal company.

The qualifying period for entrepreneurs relief is being extended from one year to two years following the Budget.

“This is relevant for business owners who might wish to sell and take advantage of entrepreneurs’ relief so that they pay capital gains tax at 10%,” says Mike Hayes, partner at accountants Kingston Smith.

There is also support being offered to businesses with a lot of intellectual property – or at least to anyone wanting to buy them. This was clear when Hammond said: “I am providing a targeted relief for the cost of acquiring IP-rich businesses.”

Annual Investment Allowance essentially allows a business to invest in itself. Therefore a business can deduct expenditure from its taxable profits to spend on business equipment and tools.

Annual Investment Allowance will be increased from £200,000 to £1 million from 1 January 2019 until 31 December 2020, in a bid to encourage investment in the immediate post-Brexit months.

What is IR35 and what does it mean for me?

IR35 tax legislation has been set up to tackle so called “disguised employment” or “disguised employees”. Some workers, often known as contractors, provide their services through service companies in order to reduce the amount of National Insurance and income tax they have to pay. The new legislation looks to address this. Having been introduced to the public sector it is now being rolled out to the private sector.

In the design industry freelancers often operate as a limited company or service company to reduce their tax liability, so they would be liable to pay this new tax. The Government’s thinking is that they function more as a full time employee rather than a freelancer.

So in the eyes of the law paying IR35 or not paying it will depend on whether services are seen to be provided by a contractor or a legitimate small business.

If an individual is a freelancer or contractor, so long as they invoice an organisation through a company IR35 will come into effect.

Mike Hayes, partner at accountants Kingston Smith says, “While this reform was not unexpected, it will not be welcomed by the contractor community who have no employment law protections but will be expected to pay the same employment taxes as those with them.”

Meanwhile Design Business Association (DBA) head of services Adam Fennelow says, “Larger design businesses will now have to identify those freelancers who should be deemed an employee for tax purposes.”

83% of DBA member design consultancies use freelancers and of those, the average proportion of total salary spend on freelancers is 12%.

“We wait to see what impact the changes to the freelance market will have on design businesses outside of increased levels of administration,” adds Fennelow.

Think-tank Policy Connect’s design and innovation manager Jack Tindale, agrees that the design sector will be “seriously impacted” and points out that,  “Delaying the introduction of the framework until 2020 will provide little comfort to this vital area of the workforce.

“It is essential that HM Revenue and customs (HMRC) listens to the sector and works to mitigate the worst effects of the tax rises – which will disproportionately hit freelancers and small and medium sized enterprises (SMEs) rather than larger corporations.”

A “£695 million package to support apprenticeships” was announced by Hammond and it will see the employer contribution to apprenticeship schemes halved from 10% to 5%.

“There is more to do to ensure it is appropriately tailored to the creative industries, but it is a step in the right direction”, says Creative Industries Federation CEO Alan Bishop, who welcomed the news.

Policy Connect’s Jack Tindale says: “Although a more tailored approach to supporting design businesses was not mentioned by the Chancellor, halving the contributions SMEs must make will come as a huge relief to smaller firms, while helping to support new employment pathways into the sector.”

However there are some complexities around National Insurance thresholds, which mitigates some of these increases. These weren’t announced in Hammond’s speech but can be found in the Budget papers which were released the following day.

The digital services tax which is aimed at the likes of Amazon, Google and Facebook will be imposed on companies that generate more than £500 million a year in global revenue. Hammond vowed to “consult on the detail to get it right” and “ensure that the UK continues to be the best place in the world to start and scale-up a tech business.”

Fuel duty to be frozen for ninth year running.