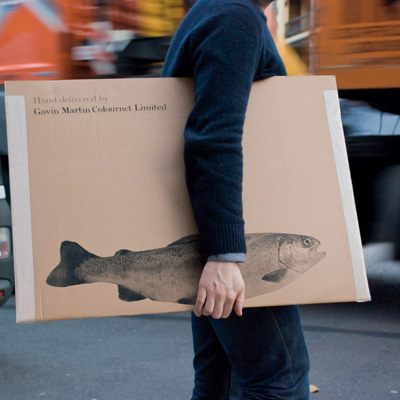 Magpie Studio is being retained as printer Gavin Martin Colournet’s lead consultancy for a range of branding and marketing projects in 2011.

The consultancy has already designed a poster campaign for the printer – nominated in last year’s Design Week Awards – and is now delivering graphic-applied ’proof bags’ (pictured), based on a series of playful themes.

Proof bags are cardboard folders used by the printer to deliver wet proofs to clients.

Consultancy director Jamie Ellul says, ’As the proof bags are held under one arm, our solution was to screenprint them with life-sized objects to look like they’re being carried by delivery guys.’

All of the objects are ’tongue in cheek’, says Ellul. ’A big salmon, flowers, an old-school ghetto blaster, Playboy magazine – hidden inside National Lithographic – a bass amp and so on, [all] designed to raise a smile,’ he explains. 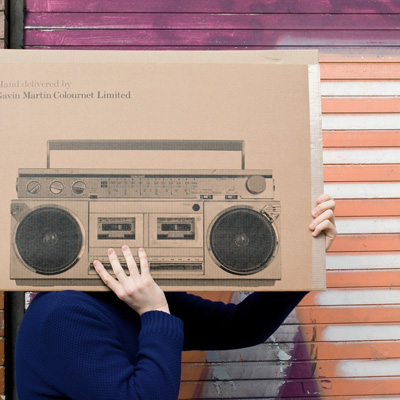 Ellul says the consultancy is now applying the same design idea to a set of poster tubes which will be illustrated with a telescope, a feather duster and a baguette – ’anything of that shape you might carry under your arm’.

Magpie is also designing a new website for the printer which will act as a virtual showroom to replace the function of the company’s ’print lounge’, which has now shut down. Customers will be able to see photographed examples of techniques like foiling or the use of fluorescent inks.

Ellul says Magpie is now discussing with the client ways to express the brand in 2011. The printer is a supplier to other design groups, according to Ellul.

He says, ’The company works with a great network of designers who we might try and bring together for a poster exhibition and auction off the work for charity.’