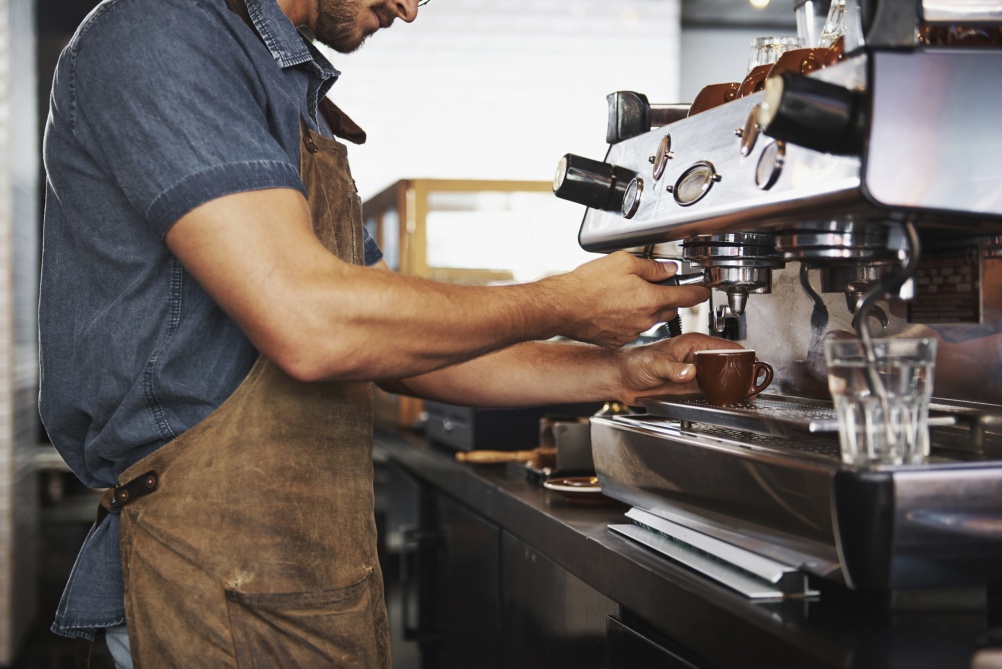 Something is rotten in the state of design (particularly the area of visual communication design or graphic design).

Something is wrong when many peers are struggling to make a living, and when honours graduates are working in coffee shops.

Something is rotten when working cheap (or even free) with the promise of something called “exposure” is endemic in the industry.

It’s time to reassess the philosophy or our profession

Something is wrong, and it’s time to reassess the philosophy of our profession, and its meaning as it stands today. It’s time to remove the mouldy rot before the business of design is further trivialised and humiliated.

A few years ago, as Department Head at Design Academy Eindhoven, I was privy to a survey administered to alumni from the previous decade. The report tracked the journeys of former students and revealed that their average annual income was €10,000 (£7,000). Yes, a paltry ten thousand Euros per year. One earns more serving Happy Meals.

Compounding the shock was the smug reaction of DAE management who hypothesised that design schools are not intended to prepare students for the job market. Instead, they spoke of loftier goals, such as exhibiting in museums or saving the planet.

I met one graduate serving coffee and another selling theatre tickets

Soon after, when I met a red-faced honours graduate serving coffee in a museum and another behind the ticket desk of a theatre, my simmering frustration gave way to anger.

Of course, the place (and role) of design has changed significantly in the wake of the 2008 financial crisis, globalisation and the democratisation of design. But perhaps, it’s time that design schools also shared responsibility for the growing hordes of unemployed designers?

It may be unwelcome to ask, but are design schools adequately preparing students for the realities of the labour market? Do they impart sufficient skills, and a certain humility? Or are they perpetuating a culture of self-indulgence, while championing experimental, niche and esoteric design?

Most annual graduate shows are organised (or “curated”, if you want the new buzzword) like museum exhibitions. Formulaic showcases of books that can only be viewed with gloves, cubicles made out of black curtains for private video-showings and popinjay-designers who try to elevate design into a performance.

All these things don’t exist in the real world, yet are staple entries in any graduate show. Is it any wonder that many design graduates flounder in the job market?

Meanwhile, the ugly culture of internships is spreading faster than the latest Grumpy Cat meme. In former times, the internship experience was seen as training and was for the benefit of the intern (who was strictly a student). But few internships these days are serious about students or training, and most don’t even pretend.

It’s nauseating to see so many established design agencies getting inexpensive labour. “Naturally you’ll receive a monthly allowance to cover some costs and hopefully a little extra to play with…” states a shameless recruitment ad by an Amsterdam agency.

The paltry monthly wage is mitigated with the promise of “exposure” and a way to boost a résumé. The reality is that too many firms are getting something for next to nothing. The average payment of €400 (£281) a month for an Amsterdam internship is below minimum wage, and for a degree-bearing professional is wage theft.

Unscrupulous firms have normalised this practice, design schools have made it official with academic credit, and organisations that should be looking after the rights of designers have looked the other way. Meanwhile, desperate young designers accept it as standard practice.

Internships are disrupting the labour market

Right now many internships are not just exploitative and unethical. They are disrupting the labour market, as they are increasingly eradicating the entry-level job and replacing regular positions altogether – since many so-called “interns” have already graduated from design school.

The practice ultimately has far-reaching affects on salary expectations for members of an already-underpaid industry. If our industry doesn’t act fairly with its own, how can it be respected in the business world?

However, the practice of being asked to work for almost nothing in return for “the joy of creative freedom” and “the exposure” is not just restricted to the humble intern.

Paying a “nominal fee” suggests that design has no value

Not long ago my studio was invited to pitch for a brand identity for a government department. After a lengthy briefing, and the signing of a non-disclosure, we noticed an audacious paragraph that read: “As we are requesting a creative response we will be offering a nominal fee of € X per invitee. This is really only a nominal fee for a project that we feel is more prestigious than of a commercial venture.”

Asking designers to work for “a nominal fee” suggests that design has no value. The work of designers provides significant value to business, yet somehow low-paid, free and speculative design work is commonplace.

Design is not merely a form of creative expression, it is also an activity to solve problems, think strategically and make the intangible tangible.

We designers can be our own worst enemy

In a world where visual communication is increasingly prevalent, why are designers regularly squeezed? How come many clients think it’s OK to drive the price of design down? Do they also haggle with their dentist, or the plumber? Can you imagine them saying to a pizza service: “you should be honoured to serve us, so can you give us a free pizza?” before adding: “If we like it, then we’ll pay you for the next delivery.”

Of course, not. It’s absurd. Yet, in our industry, these patronising requests are par for the course.

Having said that, we designers can be our own worst enemy. As long as we continue to work for very little (or free), we undervalue our skills, and diminish the true economic value of design.

In addition, isn’t it time that we also started to take our own industry more seriously? Outside the annual whitewashing of design school walls, the practice of visual communication design is steadily morphing into a frivolous profession.

The industry has shifted away from its traditional role as a conveyor of ideas and information in a visual form (be it to inform, educate, or persuade a person or audience). It does not seem like the serious problem-solving activity that it was 20 years ago.

Today, many young designers seem too self-absorbed. These “selfie-designers” produce graphic paraphernalia with no real content or relevance outside the practice of graphic design. It’s a world full of T-shirts with ironic slogans, posters held aloft by their makers, visually seductive (yet superficial) data visualisations, framed letter-press posters of oxymoronic quotes and Pantone© mugs. Oh, and don’t forget the Tumblr and Pinterest followers that endlessly re-tag, re-share and re-arrange all this graphic merchandise – and the blogs and festivals that celebrate it.

Ultimately, this is design for designers, in an overly incestuous tightly-kerned world. Have you ever heard car mechanics in cafés talk excitedly about spark plugs, or bakers tweeting photos of pastry rollers? No, me neither. Such navel-gazing is unhealthy in any field and has damaging consequences for the profession.

To borrow a quote from the late great Tibor Kalman: “Graphic design is a means, not an end. A language, not content.” These days much graphic design is impotent. It doesn’t feel compelled to communicate. Design for design’s sake. If we cannot take our industry seriously, then how can we expect others (potential clients) to?

Too simplistic, perhaps? Or maybe this piece sounds like an anecdotal rant. The points may be unwelcome – but, at least, let’s start a conversation. Too much coffee vapour has settled on the design industry’s dark-rimmed glasses, and it’s time to wipe them clean.

We need to see the failings and understand the need for change. We need to stop celebrating only the niche and the frivolous. We need to advocate for the fair treatment of designers in the workplace, and for a fair compensation for our services and products.

Difficult economic times are not an excuse for short-changing the sector. At present, it is an unsustainable business model.

Agree? Disagree? Let us know in the comments section below.

Garech Stone is co-founder of Amsterdam-based consultancy The Stone Twins.