Studio Bennü has created a visual identity for social enterprise Critics’ Club, which looks to appeal to the organisation’s young audience and “welcome them into the world of art”.

The design work includes a visual identity and logo, as well as assets for social media campaigns on Instagram and a roll out across branded stationery.

According to the Critics’ Club’s website, the organisation exists to “shake up the people and voices that have access to, and are valued within, our cultural spaces”. These cultural worlds – which are “overwhelmingly white and middle class” – are sometimes inaccessible to other groups of people, with barriers such as financial cost and a lack of representation. Critics’ Club links up with schools on eight-week programmes, where it takes a group of young people on cultural trips and gets them to write reviews about art and plays.

“Breaking into a new world” 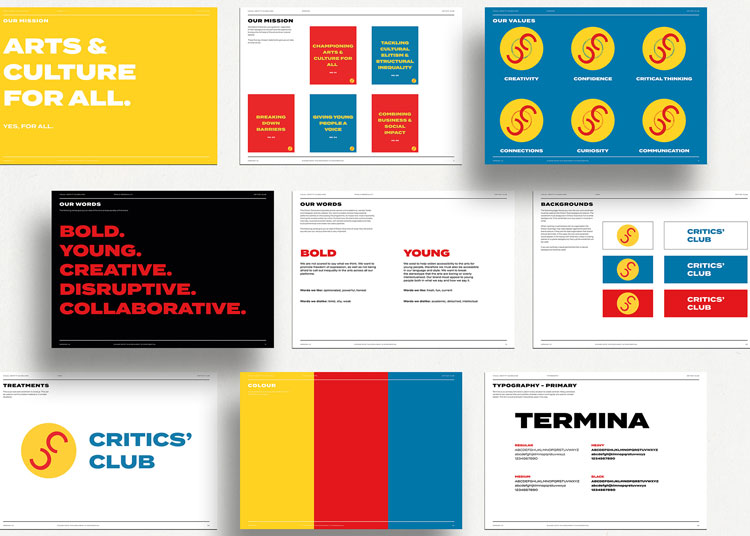 Studio Bennü founder Tom Berry tells Design Week that he was inspired by the passion of the organisation’s founder Yasmin Ibison. She was ready to take the brand to “the next level”, he says. They had to appeal to a variety of stakeholders from parents to teachers. The main focus was to make arts and cultural spaces seem “cool and exciting” to students and to “empower” their voices.

While providing a blank canvas for the identity, Ibison did want to retain the name. Berry says that the logo, which incorporates the organisation’s name, is the heart of the branding and what ties the identity together.

Two Cs are taken from Critics’ Club and placed diagonally within a circular lock-up. Berry says that the gap between the letters represents a “broken link in a chain” because the organisation encourages young people to “break into a new world of art and culture”. In this way, the logo is suggestive of breaking old barriers and empowering new voices. 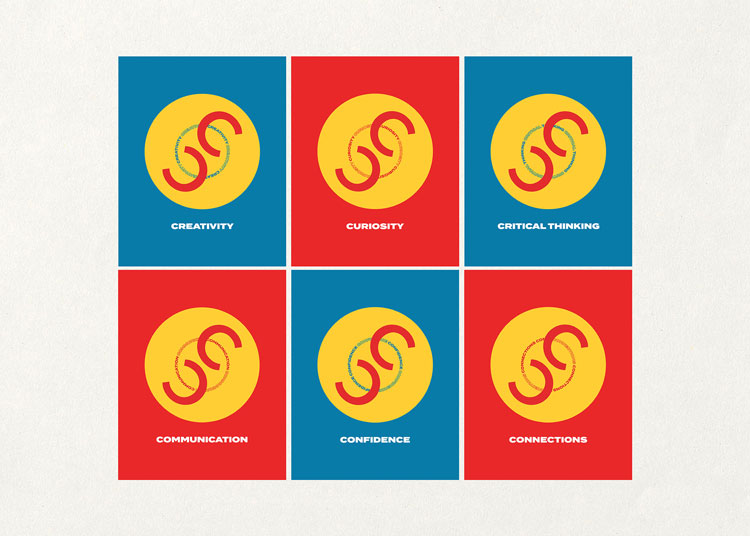 The organisation has six guiding values all beginning with the letter C – such as Connection and Curiosity – and these have been used in various logo applications. A circle comprising the six values interlocks the two Cs on logo variations, and these can be used as part of the wider identity.

Termina has been used as the primary typeface for headings. This has been chosen for its “bold” quality, Berry says. There was also a “journey” around the colour choice, the designer explains. Starting from an orange that was deemed “too dark”, a red and yellow pairing emerged. A blue was added to the palette in an attempt to create a “bright” colourway. 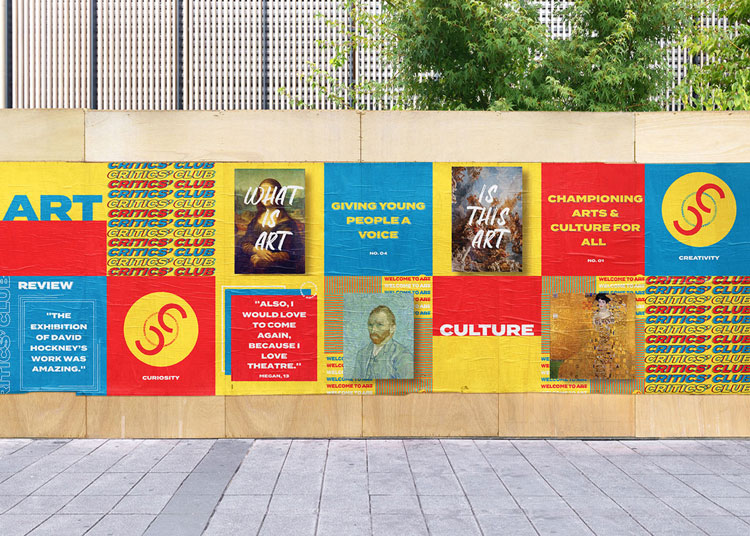 The art world was one of the primary inspirations for the identity. Throughout the identity, there is a nod to 20th century Dutch painter Piet Mondrian, famed for his geometric red, yellow and blue paintings. There is also a retro undertone to the identity, which Berry says was the result of a sometimes-nostalgic design process. As it had to appeal to a range of ages, Berry thought back to what branding appealed to him as a teenager.

Famous paintings – such as Leonardo da Vinci’s Mona Lisa and Vincent van Gogh’s self-portrait – have also been used for campaign visuals. These have been written over with phrases like ‘What is art’ and ‘Is this art’ as a way to encourage participation among the youthful demographic.

The London-based studio also created templates for social media. These incorporate quotations from the young critics, as a way to create a platform for their words. 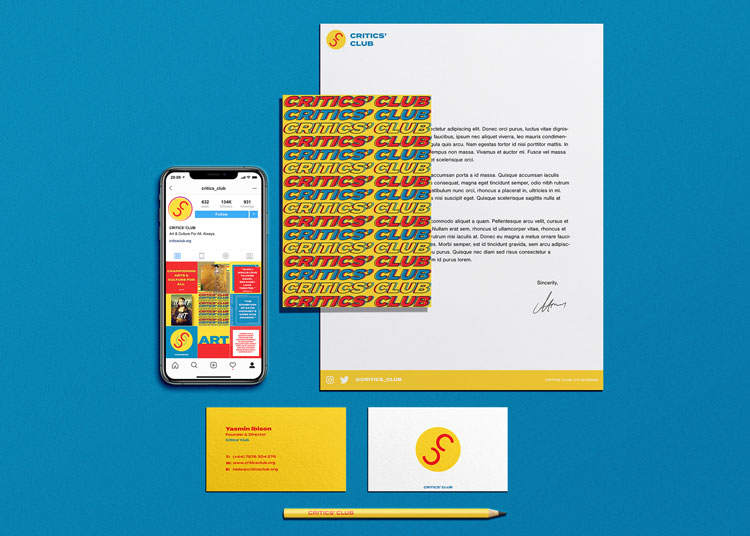