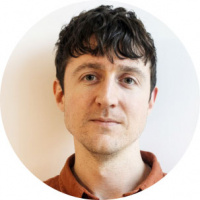 The first month of a new year is traditionally one where we all indulge in some wild speculation to see where the industry might be heading over the next year.

The beginning of February brings with it some perspective on where we’re actually heading and something has already become clear – there’s a definite tension between the excitement around smart cities on the one hand and simple sustainable practices on the other.

This has been reflected in our own coverage. Vegas tech show CES hinted at how new technology we’re already familiar with is being further integrated into our homes, businesses and cities. It turns out Toyota is even building its own “city” to this end to test such endeavours.

There is growing interest in the future of personal mobility. Cars as electric, sometimes autonomous vehicles, which read and respond to cities are becoming a reality now. In parallel, cars are turning into comfortable entertainment spaces where voice control AI plays an increasing role. (Incidentally, voice controlled AI has a lot of growing up to do). Autonomous ride-sharing road vehicles have their place in this world too, especially if as many predict, car ownership goes down.  Ben Hubert designed a ride-sharing concept only last week.

While designing sustainably, thoughtfully and in sync with nature is nothing new we were fascinated by what designer and academic Julia Watson calls the age of Lo-TEK. Whereas “low-tech” might be interpreted as unsophisticated, Watson’s “Lo-TEK” stands for Traditional Ecological Knowledge.

She explained to us that her book Lo-TEK: Design by Radical Indigenism eschews the idea of our future cities just being improved by tech-based solutions. Instead, she offers countless examples of how traditional practices observed by indigenous communities for thousands of years can be blended with tech and design thinking so that they are incorporated into our living environments.

One problem she identifies is that often these traditional practices are fetishized and marveled at in isolation but not taken seriously as scaleable solutions. A wonderful working example she gives is the aquaculture of Kolkata, a city of 15 million people serviced by a river system, which is at once a fishery, series of agricultural fields, rice paddy network and community area, but most impressively it has been engineered to naturally filter the city’s waste water before redistributing it in a cyclical way.

We’ve also this year highlighted Lay Koon Tan’s work introducing sustainable practices to luxury brands. Towards the end of last year we investigated the growing incidence of product design driven by history, culture and narrative as much as form and function. Then there was our closer look at biomimicry in design – essentially design directly inspired by nature.

I’m sure that tech-led design and nature-inspired design will continue to appear across Design Week this year and I hope that designers will keep looking to identify the tacit opportunity for holistic design thinking solutions which borrow from both worlds. They have more in common than we often care to think about.

Indeed the term “post-digital” has been around for a while – more human-focused, less machine-focused design solutions. Maybe we’re finally moving towards a closer understanding of what that really means.

Rightly so, when we went out to design experts and asked them what might be happening in their field this year, many saw climate crisis and political instability as emphatic backdrops for further design responses in 2020.

They recognised how political polarity is giving rise to a burgeoning grass routes design movement fueled by dissent, particularly in graphic design. It will be interesting to see how Extinction Rebellion, Led by Donkeys et al develop their communications and campaigns, and if there is anyone else waiting in the wings to further similar causes.

Made’s design director Ruth Wassermann spoke of sustainable furniture design being driven by consumer demand, which is the same story in retail as Cada’s associate client director Lynn Harris points out — new business models will look to “capture, inspire or drive ethical shopping behaviours”, she says. Gitta Gschwendtner thinks that exhibition design will look to the world of fantasy to provide escapism from political uncertainty and Pentagram’s Astrid Stavro speaks of a “new found political and social consciousness among designers” which is beginning to rub off on the brands they work for. Here’s what they all had to say.

In 2020 the design industry will need to be broad-shouldered enough to find commonality in the seemingly distinct entities of tech and the natural world. It will need to be mature enough to fine tune existing technology like voice assistants and it will likely respond to political dissonance and the climate crisis with increasing ferocity.

You can see in our new series on in-house teams how the Reuters Graphics team has to track and respond to these news agendas in an engaging interactive way on a daily basis.