Professional hosting service Airsorted has launched a new identity and will now operate under the name Houst. The rebrand project was led by London-based branding agency Ragged Edge, and also includes a new brand strategy and visual identity.

Since the arrival of home sharing platforms like Airbnb, hosting services have enjoyed a similar level of success. These companies provide support for professional home sharing hosts by providing services like cleaning, property maintenance, booking management and guest care.

While one of the biggest in its field – operating in 20 cities in 11 countries – Ragged Edge says Airsorted had been swept up in the trend. According to the team: “all professional hosting services looked the same, had similarly descriptive names, and pushed the same ‘hassle-free’ message”.

“Changing your name can be scary”

Houst’s renaming represents one of the biggest changes implemented by Ragged Edge. Houst combines the words “host” and “house”, and was chosen for its “abstract familiarity”, according to the team.

“Changing your name obviously can be a really scary thing for a business to do,” Max Ottignon, co-founder of Ragged Edge, tells Design Week. “But since its launch, Houst had evolved its offering and renaming it was the best way we could clearly signal that to customers.”

Ottignon adds that the Houst team were brought in during the renaming process, and were invited to submit their own suggestions.

“It gave us a really good sense of how the people working within the company actually viewed themselves and Houst,” he says.

The new name was then used to create a “bold and authoritative” wordmark, which features rounded black letters against a bright yellow background. This yellow and black colour scheme has then been applied across the rest of the identity.

The new look, according to Ottignon, allows Houst to step out of the shadow cast by Airbnb, other professional hosting services and indeed other tech brands, which largely have “conservative aesthetics”.

“So many tech-focused brands and start ups use colour really recessively in their user experience and as a result the brand can take a back seat,” he says. “For us, colour was really the most important visual asset in helping us convey both a sense of confidence and approachability.”

“The home of opportunity”

Elsewhere in the identity, the team adopted a visual language inspired by property floorplans. According to Ottignon, these graphic and dynamic shapes help support a new brand strategy that focuses on opportunity, specifically the opportunity a hosts’ property can hold for them.

“Other professional hosting services really trade on this idea of making everything easy,” he says. “But what we found was that actually the most successful interactions were really the ones where the host and the hosting service viewed their relationship as a partnership – as such, we moved away from everything being ‘hassle-free’.”

Focusing instead on how a partnership could improve the overall guest experience, the Ragged Edge team employed a confident tone of voice that “could move the whole category forward”.

“Ultimately, we wanted Houst to emerge as the category-defining brand that stands clear as the home of opportunity.” 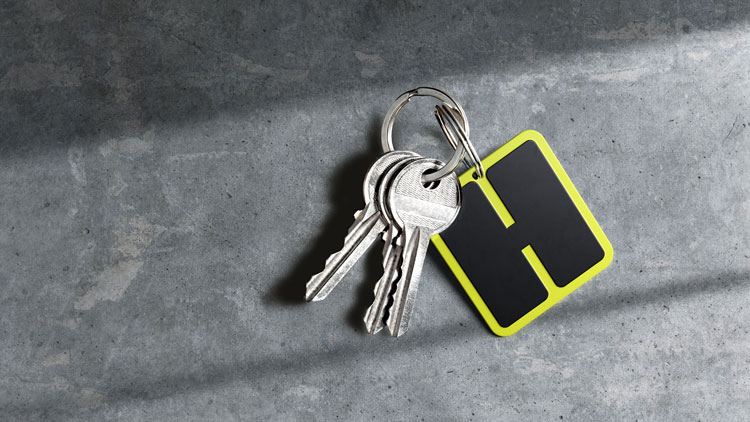 How Henri de Toulouse-Lautrec captured the “underworld” of bohemian Paris